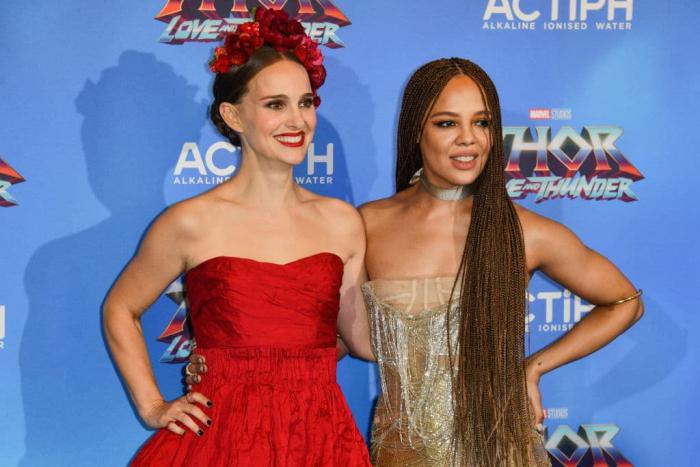 The Summer of big grosses is back, baby. No need to worry anymore, multi-billion-dollar corporate entities. You’ll still have enough money to not pay your employees fairly for another year. Aren’t you happy? Disney returns to the top spot thanks to, you guessed it, the Marvel Cinematic Universe. Like clockwork. Thor: Love and Thunder easily took the top spot at the box office this past weekend, a fact that should surprise literally nobody. Its $143 million debut is the second Marvel Cinematic Universe release of the year, and while the opening numbers aren’t up there with Doctor Strange in the Multiverse of Madness, they were the biggest for a Thor solo title. Worldwide, it’s passed $302 million, but Box Office Mojo doesn’t foresee it passing $1 billion like some MCU titles (in fairness, Multiverse of Madness isn’t there yet either.) The Summer’s going to be a long one and I imagine that sweet sweet air conditioning will prove enticing, so I’m sure Taika and company will do fine.

Minions: The Rise of Gru sits cozily at number two with a second weekend gross of $45.6 million. The real goldmine for this franchise is international territories, and this franchise is huge, so it’s not going anywhere this Summer either. My apologies to parents everywhere.

The biggest domestic hit of the season remains Top Gun: Maverick, which is extremely close to passing $600 million. That’s about $186 million more than Multiverse of Madness, which had a three-week advantage. Tom Cruise’s planes fun is still the highest-grossing movie of 2022 so far, with a mighty total of $1.18 billion!

After 16 weeks, A24’s Everything Everywhere All at Once finally fell out of the top ten, but it managed to stay there for all of June, even with an at-home release available. We’d better get an amazing awards campaign for this.

In limited release news: Claire Denis’ romance Both Sides of the Blade took in $25,000 from four theaters, while the volcano documentary Fire of Love grossed $22,328 from three locations.

This coming week sees the wide release of Marcel the Shell with Shoes On as well as the adaptation of the bestselling smash Where the Crawdads Sing and the animated movie Paws of Fury: The Legend of Hank.


← Is Armie Hammer Actually Selling Timeshares? | Nation Prefers Biden to Trump, but Dems Overwhelmingly Prefer to Move On from Joe →