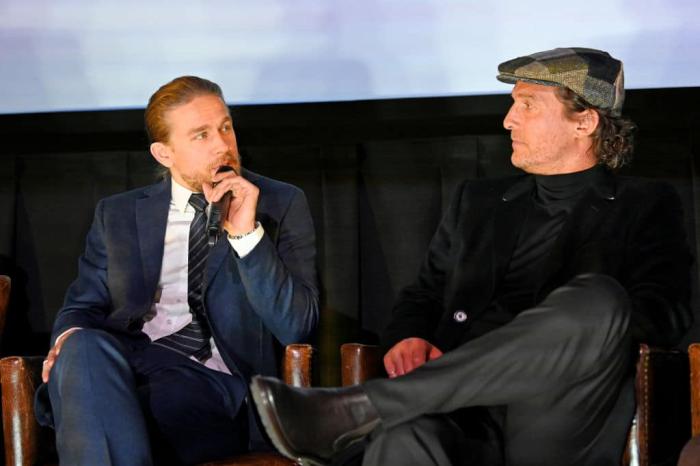 It’s still a dry period for new releases, so it’s no surprise that Bad Boys for Life held onto the top spot for a second week. Even with a 45% drop from the previous week, the movie made $34 million, bringing its domestic total to $120.6 million. Also doing very well this month is 1917, no doubt thanks to those Oscar nominations and its status as an Event Movie you simply have to see in a cinema. With a $15.8 million weekend, it only made a 28% drop from last week, which is a terrific hold. Now that the film is the current frontrunner for Best Picture and Best Director, I wonder if we’ll see further boosts to its box office. It’s the most recently released of the Best Picture nominees, which certainly doesn’t hurt, although many of the other titles have been doing well with minor re-releases and increased theater numbers.

Robert Downey Jr. has been looking pretty bored on his press tour for Dolittle. With those box office numbers, we can’t say we blame him. On its second week of release, the family movie made $12.5 million, bringing its domestic total to just under $45 million. That’s obviously not great for a film with a $175 million budget.

Opening at number four this week is Guy Ritchie’s latest gangster movie The Gentlemen, which brought in $11 million from 2,165 theaters. That’s not bad for a January release, but it paled in comparison to the might of Bad Boys. This is Ritchie going back to his roots after some big-budget Hollywood franchise fare, so it will be interesting to see if his name alone is enough to pull in people who aren’t sad Ritchie apologists like myself. Hey, we all need a hobby.

The Turning opened at number six with a disappointing $7.3 million domestic gross. Reviews were dreadful and audiences gave it the rare F on CinemaScore so expect this one to disappear pretty quickly.

Parasite continues to benefit well from its Oscar success, as it brought in an extra $2 million this weekend, bringing its domestic gross a hair’s breadth within $30 million. That’s more than Jojo Rabbit, a movie that doesn’t seem to have inspired much audience interest despite its own awards buzz.

In limited release news: The Last Full Measure took in just over $1 million from 614 theaters; Indian sports drama Panga grossed $271,000 from 102 theaters, while Nic Cage’s Lovecraft bonanza Color Out of Space made $217,800 from 81 theaters.