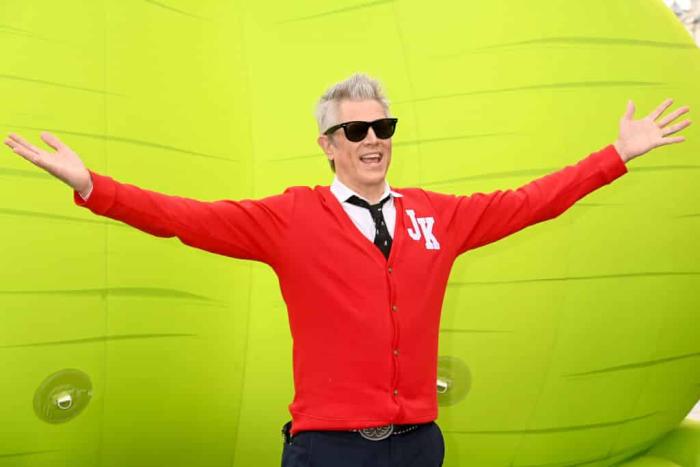 Sometimes, a franchise evolves into something hugely unexpected. Film series, if they run long enough, can end up changing from a derided piece of nonsense to the stuff of generational adoration. Consider how the Fast and Furious saga started out as a silly street racing flick and is now an era-defining display of vehicular grandeur and familial bliss. I’m not sure that Jackass has seen that kind of shift with the critics but it is fascinating that its fourth cinematic installment Jackass Forever was welcomed like a long-lost sibling. Reviews have been stellar, and often weirdly emotional, and I can’t say I blame anyone for it. Even I’ve felt oddly won over by these dudes being friends while they voluntarily try to break bones via d**k-punching machines.

In its opening weekend, Jackass Forever stormed to the top of the box office with a $23.5 million gross from 3,604 theaters. It’s the kind of debut that feels rare for any sort of low-to-mid-budget fare with an adult audience. There are Oscar candidates who would kill for that kind of gross over a month, let alone one weekend. Johnny Knoxville for Best Actor, yes? It easily beat the other big release of the weekend, one with a way higher budget.

If Jackass Forever feels like a throwback then Moonfall is positively retro. Roland Emmerich, previously king of the big-budget high-concept blockbuster, brought out the mega-guns for a cavalcade of conspiracies, evil lunar antics, anti-gravity chases, and John Bradley’s dog. Alas, while many critics enjoyed the film as a shamelessly silly night out, audiences don’t seem enthused for this vein of nostalgia. This sort of overwhelming CGI spectacle is everywhere now and viewers seem happy to get their fix from the likes of Marvel. So, Moonfall only grossed $10 million from 3,446 theaters. Expect this one to become a top late-night choice once it goes to VOD.

Debuting at number ten is The Wolf and the Lion, a family movie with adorable animals, which brought in $675,027 from 800 theaters. In indie news, the beloved Norwegian drama The Worst Person in the World, the country’s entry for the Best International Film Oscar, made a highly impressive $135,042 from only four theaters. It’s a busy race this season for that award. I know that Drive My Car is the current frontunner, and it would be a deserving win for Japan, but don’t be surprised if something more accessible takes it. Watch more foreign-language films, kids!

Elsewhere, the culinary documentary Breaking Bread made $5,026 from two theaters. The rockstar documntary Poly Styrene: I Am a Cliché, about the eponymous punk icon, grossed $4,212 from six theaters, and Lingui, Chad’s entry for Best International Film, brought in $3,170 from one theater.

This coming week sees the release of the JLo rom-com Marry Me, the newest Branagh-Poirot mystery Death on the Nile, and the latest ‘Liam Neeson shoots all the baddies’ action Blacklight.

← Brie Larson Pushing NFTs Did Not Go Over Well | The Razzie Nominations Have Been Announced, and We Have a Bone to Pick with One →