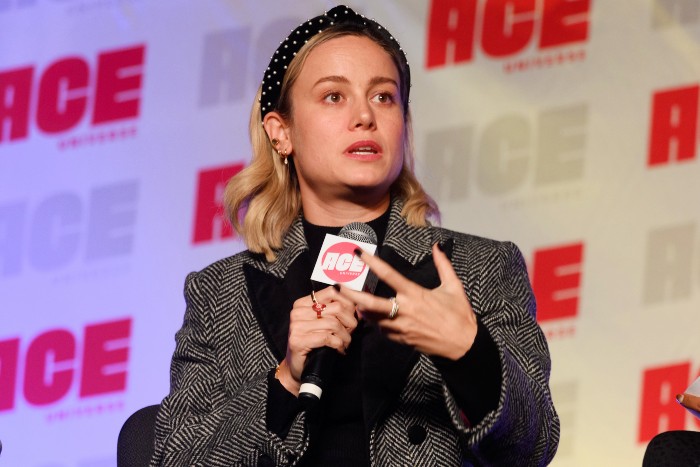 Brie Larson Pushing NFTs Did Not Go Over Well

Brie Larson became the latest celeb to start pushing NFTs, and man, are people pissed. As they should be. (Uproxx)

The British Academy of Film and Television Arts woke up and chose chaos with BAFTA nominations. (Lainey Gossip)

Kanye West doesn’t think his daughter North should have a TikTok account, and dammit, I’m going to agree with Kanye here, aren’t I? Sonofa… (Dlisted)

I have alot of comedians who i consider my close friends, people who have met my family, opened doors for me, traveled the world with. But if any one of them has to have between 70-116 podcast episodes removed for saying racial slurs you will never catch me dick riding this hard. pic.twitter.com/GkDVBW4gMK

From Roxana: Celebrities and NFTs are a match made in Hell. (The Atlantic)

From Seth: This is not actually Ethan Coen which is a shame because it’s very funny. (I Might Be Wrong)

From Kayleigh: The cast for the film adaptation of The Color Purple musical includes Fantasia Barrino and Danielle Brooks. Both actresses found out the news via Oprah and shared their reactions on Instagram. (Fantasia | Danielle)

The little people community — before the knives come out in the comments, that’s their preferred name — are apparently not thrilled with Peter Dinklage going after Disney’s live-action remake of Snow White. (IndieWire)

After years of trying to hide the obvious, Rockstar has confirmed that Grand Theft Auto 6 is in “active development.” (Polygon)

So remember the other day when Robin Thicke looked the good guy because he walked off the set of The Masked Singer after Rudy Giuliani was revealed as a contestant. His people would like it known that he only left to check on Ken Jeong, and not in protest. That’s one way to squander good will. (EW)

It’s ok to not finish a book, so Dome’Loki chose not to finish Isabel Allende’s Daughter of Fortune. "If you have more patience for a very slow moving story, that tells you everyone’s backstory and often future events, this might be for you." What have you chosen to quit recently? (Cannonball Read 14)

At first I thought this was a before-and-after don’t do meth poster. pic.twitter.com/RUC0kUv4It