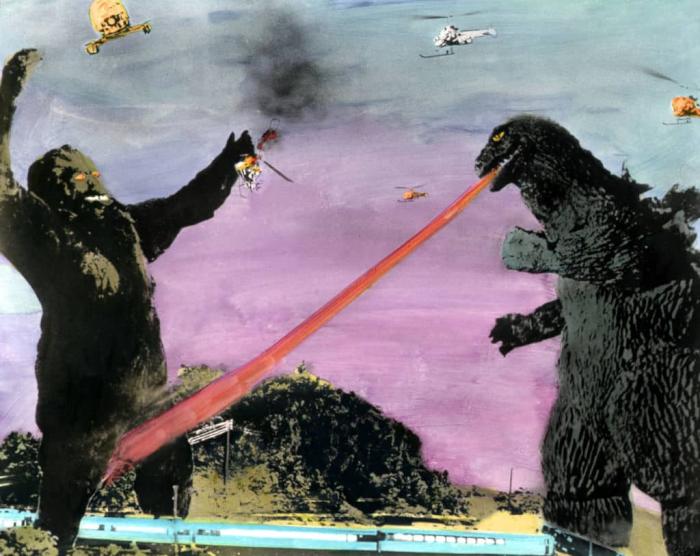 Happy Easter weekend. I hope you are full of chocolate eggs and, maybe, the vaccine, if you’ve been able to access it. Still waiting over here. It’s fine. I’ve literally nowhere else to go right now. Welcome to April, friends.

After months of drips and drabs at the box office, thanks to theater closures and a sheer lack of major releases, we finally saw a big splash with the grosses. Of course, if you want to make a big splash, it helps to have a giant monster of some kind. Godzilla vs. Kong opened in the largest number of theaters since the COVID-19 outbreak (3,064), and it paid off. Not only did it have the largest opening day during that period ($9.6 million on Wednesday), but it had the highest single-day gross ($12.5 million on Saturday) AND the biggest three-day and five-day opening weekends of the pandemic period. It currently has a domestic gross of around $48.5 million, which is practically a billion dollars in the current market. All that and its international numbers are great too. $137,100,000 from China alone! AND it’s available on HBO Max! AND it’s already the third highest-grossing film of 2021 so far!

Given that the previous Godzilla movie didn’t do great with domestic audiences, I wonder if people are just so amped up to leave the house and see a film that it almost didn’t matter what was screening. It could have been a Bela Tarr film and the public would have gobbled it up. Granted, Bela Tarr has fewer monster fights in his work, but still.

Debuting at number two is The Unholy, a horror film starring Jeffrey Dean Morgan. Middling reviews, a quiet promotional cycle, and tough competition — something we haven’t seen a lot of for the past few months — hindered this one but a $3.2 million opening weekend is still nothing to sneeze at. That’s only a sliver more than the $3.07 million that Bob Odenkirk’s Nobody pulled in with its second week of release.

The only other new release of the week is The Girl Who Believes in Miracles at number seven. There’s been a surprising number of religious movies getting cinematic releases this year so far, and while they’re not pulling in the big bucks, they’re making some solid numbers in limited releases ($398k from 640 theaters.)

But now it’s time for another round of our favorite game: Seeing what films have been moved around the release schedule due to COVID! Nothing’s been removed entirely, which makes a change. Mostly, it’s been pretty small stuff, moving a film up or down a month or two. All in all, maybe things are settling a bit? Possibly? Am I jinxing it? Anyhoo, that means we saw things like Warner Bros. giving Black Adam a July 2022 release then moving Mortal Kombat down a week to April 23, 2021. Sony bumped Venom: Let There Be Carnage down a week to September 24, 2021, while Screen Gems shoved Resident Evil: Welcome to Raccoon City from September 3 to November 24, 2021.

What films did you watch this Easter weekend? Let us know in the comments.