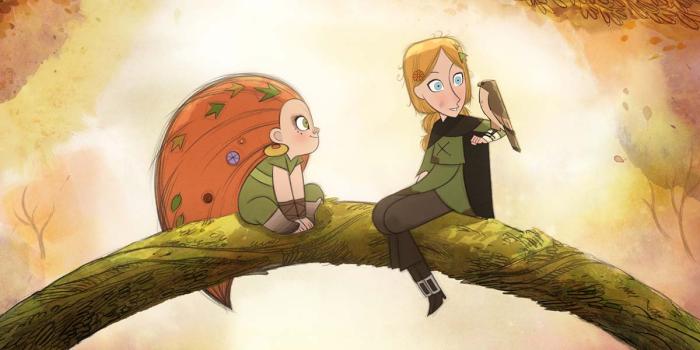 With the end of the year approaching and award season heating up, movie lovers across the nation are looking to catch up on the great cinema they might have missed. Good news: A LOT of it is now streaming. So much in fact that we couldn’t fit them all in one article!

Join our writers by checking out the movies we loved this year, as well as the ones we are watching before cementing our Top Ten lists. We have explored the offerings of Netflix, Hulu, and Amazon Prime Video. Finally, we share the best 2020 movies on Apple TV+, HBO Max, Showtime, and Disney+.

Boys State Dir. Amanda McBaine and Jesse Moss
Roxana and Dustin recommend this documentary, which follows a thousand 17-year-old boys from Texas, who join together to build a representative government from the ground up. Only one will be elected governor. Their understanding of politics is eye-opening.

On The Rocks Dir. Sofia Coppola
Coppola and Bill Murray reunite for a comedy about a turbulent father-daughter relationship. Rashida Jones stars as a married mother, who fears her husband (Marlon Wayans) might be cheating on her. So, she calls in an expert on cheating, her lothario father (Bill Murray). Hijinks and life lessons ensue amid a glorious NYC backdrop.

Wolfwalkers Dirs. Tomm Moore and Ross Stewart
One of the most critically heralded animated films of the year, this adventure follows a young huntress (Honor Kneafsey) as she travels into the deep woods outside her colony and discovers a werewolf-like creature of legend (Eva Whittaker). Gorgeously rendered and full of life, this movie is fit for and fascinating to all ages.

Hamilton Dir. Thomas Kail
Lin-Manuel Miranda’s Broadway opus took streaming by storm last July. America’s founding fathers got a hip hop glow-up that exposed their ambitions, ideals, as well as a few of their flaws. See the original, Tony Award-winning cast reprise the roles that made the world of theater turn upside down.

Howard Dir. Don Hahn
You might not know the name Howard Ashman, but you likely have his lyrics etched on your heart. He was the wordsmith of songs from Little Shop of Horrors, The Little Mermaid, Aladdin and Beauty And The Beast. He is also one of the many gay men who died because of the AIDS crisis. This documentary examines his life, his work, and his legacy through those who knew the man behind the music.

Onward Dir. Dan Scanlon
This fantasy adventure centers on a pair of brothers who have little in common except a quest to bring their dad back from the dead. This dark premise is handled with a lot of levity thanks to a mirthful world of myths come alive, as well as a plucky pair of pants. Featuring voice performances from Tom Holland, Chris Pratt, and Julia Louis-Dreyfus, this animated adventure could be a serious contender for Best Animated Film.

Soul Dir. Pete Docter and Kemp Powers
Pixar’s latest stars Jamie Foxx as a middle-aged musician who may finally be on the verge of his big break - but then he dies. So, from the afterlife he aims to finagle a way back into his body. That leads him to a shaky alliance with an unborn soul (Tina Fey) who has no interest in being birthed. Imaginative and promoted by a titan in animation, this cartoon is guaranteed to be an Oscar frontrunner in Best Animated Feature. Coming to Disney+ on Christmas Day.

An American Pickle Dir. Brandon Trost
Seth Rogen and Seth Rogen star in this trapped-out-of-time comedy about a turn-of-the-century Jewish immigrant who rises from pickle brine after 100 years of preservation to take on modern-day New York. Naturally, he’s a hit with the hipster crowd who loves an artisanal pickle. However, he’s not hitting it off with his grandson, a hapless app developer who looks just like him.

Class Action Park Dirs. Seth Porges and Chris Charles Scott III
This true-crime doc starts off as a rollicking ride of nostalgia for the days when latch-key kids could go to a death trap to test their mettle against infamous amusements. Then, things take a turn as the wild stories expose the evils of capitalism and the lives lost to it.

The Invisible Man Dir. Leigh Whannell
The Universal Monster is re-imagined in a story of domestic violence. Elisabeth Moss stars as an abuse survivor in hiding, whose burden should be lifted when she learns her tyrannical ex has died. Instead, she fears he’s closer than ever before. But when she tries to tell her support network, they fear she’s being hysterical. After all, who’s ever heard of an invisible stalker?

John Lewis: Good Trouble Dir. Dawn Porter
This historical documentary centers on the late Georgian Congressman, who marched for Civil Rights with Martin Luther King, Jr, told his story in comics, and urged us all toward good trouble. Revisit his life and consider his legacy with a film that features Elijah Cummings, Hillary Clinton, Ayanna Pressley, Beto O’Rourke, and many, many more singing the praise of the hero John Lewis.

Never Rarely Sometimes Always Dir. Eliza Hittman
This captivating drama follows two teen girls on a modern Odyssey demanded by America’s anti-choice legislation. 17-year-old Skylar (Talia Ryder) lives in a small Pennsylvanian town, where her options for dealing with an unplanned pregnancy are woefully limited. So, she and her cousin Autumn (Sidney Flanigan) run away to New York City, where she can actually get an abortion. Thus, two girls with no money but a rich understanding of Bad Men must make their way through subways, all-night arcades, and long, late hours. Quietly executed yet masterfully insightful, this one is a stunner that could earn accolades for Hittman and Ryder.

Driveways Dir. Andrew Ahn
This one’s getting buzz for the performance of Brian Dennehy, who plays a widower that befriends a lonely little boy. When his estranged aunt dies, Cody (Lucas Jaye) accompanies his mom (Hong Chau) to clean out the house left behind. Soon, he begins to wonder if it might be a home. It’s a touching drama, and one of Roxana’s recommendations.

First Cow Dir. Kelly Reichardt
Last spring, this tender Western was winning rave reviews from critics, who proclaimed it one of the year’s best. John Magaro and Orion Lee star as a pair of misfits struggling to survive in the tough terrain of 1820s Oregon. However, the arrival of the territory’s first cow sparks a criminal but sweet enterprise that could change their fates.

Swallow Dir. Carlo Mirabella-Davis
Horror becomes hard to swallow in this richly realized tale of feminist rebellion. Best Actress contender Haley Bennett stars as a housewife who feels so suffocated by the expectations laid upon her that she finds freedom in a dangerous diversion: eating the inedible. Marbles, thumbtacks, dirt, and batteries are just the beginning of an incredible story inspired by the writer/director’s own grandmother.

Did we miss an amazing 2020 movie on streaming? Share it—and where to find it—below.

← Timothée Chalamet Hosted 'SNL,' But Where Is Kenan Thompson? | Sia Claims That Shia LaBeouf 'Conned' Her into an Adulterous Relationship →