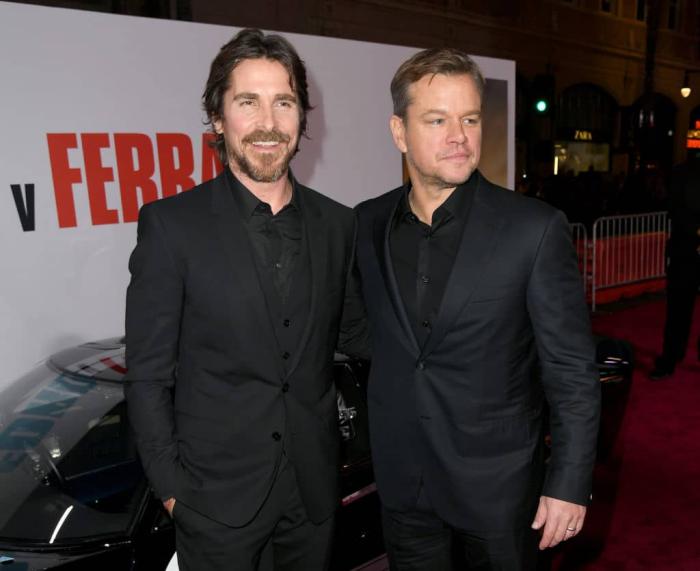 As part of their $71 billion acquisition of Fox, Disney has been left to ensure that several already-completed movies get appropriate distribution. That hasn’t worked out great for some titles — hi there, Dark Phoenix — but it’s now given the company at least one potentially solid mid-to-big budget hit. James Mangold’s racing drama Ford v Ferrari took the number one spot with around $31 million. It’s playing well with audiences and also opened solidly internationally, bringing its gross to just under $52.5 million. The film reportedly cost just under $100 million so if it can hold on with these numbers, especially through Winter and awards season, Disney/Fox might have a real mainstream Oscar player on their hands.

News wasn’t so hot for Charlie’s Angels, which debuted at number three with only $8.6 million, right behind Midway. Reviews have been relatively strong for this one, especially for Kristen Stewart, but she wasn’t enough star power to get eyeballs on this thing. The smaller budget and relatively unknown other leads may help buoy this thing away from being a major flop, but it’s still a disappointment.

Also opening poorly this week was The Good Liar, debuting at number seven with only $5.65 million. Not good, obviously. Warner Bros. has had a few of these flops this year — remember The Goldfinch? — but they can take solace in Joker, which finally managed to gross $1 billion worldwide. Hell, it’s been out for seven weeks and only made about $25k less than The Good Liar. Also, apparently Trump likes this movie. Are you surprised? Another Warner Bros. release, Motherless Brooklyn, made only $500k in its third week. Yikes.

Things are a little more hopeful on the indie circuit. Jojo Rabbit continues its slow roll-out and sees its domestic total spring to $13.5 million in its fifth week. Parasite is keeping up strong too, bringing distributor Neon just under $14.5 million in its sixth week, despite its theater run total reaching a peak of a mere 620 venues. A24’s newest release, Waves, grossed $144,562 from four theaters.

This coming week sees the releases of Mr. Rogers biopic A Beautiful Day in the Neighborhood, Chadwick Boseman drama 21 Bridges, and, of course, Frozen II.

← Donald Trump Spent Two Hours In the Hospital and It Definitely Wasn't for Chest Pains | Of Course, Kristen Stewart is the 'Best Chris' in Hollywood →