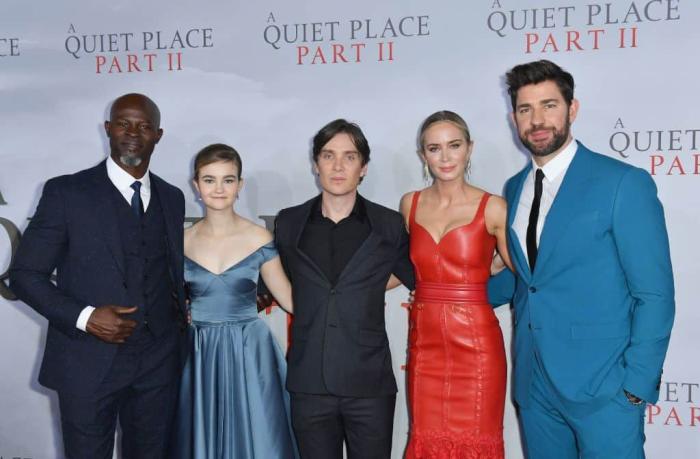 Memorial Day Weekend has passed for our American friends, and, dare I say it, it now seems like Hollywood may be back in business. As always, there are caveats and long-term security is quite a distance away, but I’m sure studio heads will be looking at these numbers and breathing a sigh of relief for now. Traditionally, this is a very busy time for theaters and is seen as the official start of summer for movies, although Marvel has kind of expanded that a few months either way. They’re the exception that proves the rule, however. Everyone else prefers to stick to the status quo, and after 14 months of panic and closed cinemas, this felt like a new beginning.

Cinemas are now opening up nationwide and plenty of them are getting rid of their mask mandates for vaccinated visitors (and liars). Not only that but there were two major titles opening wide, including yet another live-action Disney reimagining of a classic IP. That one didn’t debut at number one. That honor fell upon the lofty shoulders of John Krasinski and A Quiet Place Part II. After a year in limbo, Paramount dropped the eagerly anticipated horror sequel and hopes were high for big bucks. They were swiftly met and exceeded because the movie made over $48 million from 3,726 theaters over the three-day weekend and $58 million for the four-day holiday weekend. That’s a per-venue average of $12,985. Wow, remember those kinds of numbers and how they used to happen all the time? That result is extremely close to the $50.2 million that the first film made in its opening.

By comparison, the numbers for Disney’s latest title, Cruella, seem a little low, but given everything that’s still happening, the studio debuting at number two with $21.3 million from 3,892 theaters is nothing to sneeze at (and $26.5 million for the four-day weekend). Critics were generally warm on it and it has a CinemaScore grade of A. Women made up 64% of its opening weekend audiences. The film is available on Disney+, which may explain some of the numbers here. A Quiet Place Part II will premiere on Paramount+ a mere 45 days after its cinematic release, after which, it will be pulled from theaters. That’s a new strategy for Paramount that has left a lot of their stars very salty, including the Quiet Place team. They will be financially compensated for the potential losses. I’m sure it’s tough for them right now.

The only other new movie that dropped this week is yet another re-release, this time of *checks notes* World War Z. Huh. Does that film have a big fanbase? I know the book does but don’t those fans tend to dislike what the movie did to the source material? Well, clearly some people were hankering for undead shenanigans, because that Paramount re-release grossed a solid $347k from 80 theaters. The more you know. I still prefer vampires.

Internationally, F9 is revving up in key territories. The Fast and Furious franchise is typically a guaranteed money maker in places like China, where they’re heavily marketed. This time, however, Chinese audiences don’t seem all that keen. In its second weekend of release, the gross fell by a startling 85%, following a $136 million opening weekend. Reviews haven’t been the strongest. Some have wondered if John Cena’s recent PR gaffe over calling Taiwan a country impacted the movie’s grosses, or saw it be targeted by the government. Such things are tough to determine from the outside. Maybe Chinese fans just don’t like Vin Diesel as much as they like Dwayne Johnson.

This coming week sees the release of the horror sequel The Conjuring: The Devil Made Me Do It and the animation Spirit Untamed.


← 5 Shows After Dark: 'Mare of Easttown' First Season Finale, 'Biography: Mick Foley' on A&E | The 1921 Tulsa Race Massacre that No One Remembered →