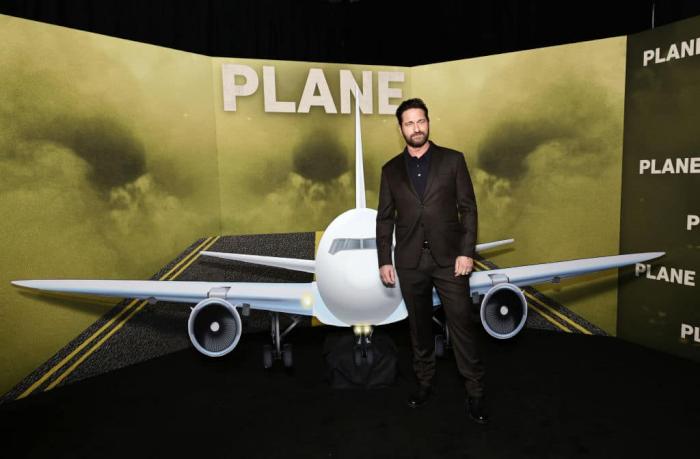 Box Office Report: Does Gerard Butler Get to Punch the Plane?

Five weeks into its domestic run and Avatar: The Way of Water is still sitting comfortably at number one. It brought in $32.4 million this past weekend, bringing its American gross to over $564.2 million. That’s over $115 million more than Black Panther: Wakanda Forever and brings its worldwide numbers to $1,903,301,348. It will likely break $2 billion in the next seven days, which would immediately make it one of the top ten highest-grossing films ever. It’s close to taking over Spider-Man: No Way Home. For those who are curious, nine of the ten highest-grossing films of all time are owned by Disney. I love media monopolies. They don’t terrify me AT ALL!

The highest ranking debut of the weekend was Plane, the Gerard Butler plane movie about the plane that went wrong. It is, as our review noted, the epitome of ‘f*ck you, it’s January’ cinema. And hey, sometimes that’s exactly what we need. While it only debuted at number five with $10.2 million from 3,023 theaters, it’s a mid-budget film designed to be the perfect VOD dad watch, so Lionsgate will be happy with those numbers. I hope we get a How Did This Get Made? episode on it.

Right behind it at number six is the remake of House Party, with $3.8 million from 1,400 theaters. So planes >>> houses. Gotcha.

The big surprise of the weekend was the performance of Tom Hanks’ A Man Called Otto, which pulled down $15 million. It’s the rare win post-pandemic for a film targeting adults, and this one was buoyed by box-office receipts in the midwest. After the failure of Babylon, it shows there’s still some life in theaters for movies aimed at older audiences.

The indie horror film Skinamarink has really found its audience. Thanks to great reviews and strong word of mouth, the film brought in $815,000 from 692 theaters, which is great considering that this isn’t necessarily an easy sell to wide audiences.

This coming week sees the release of the Hugh Jackman family drama The Son and the Jesse Eisenberg-directed When You Finish Saving the World.


← 'The Last Of Us' Recap: Pedro Pascal Vs. The Fungal Apocalypse | Pedro Pascal Dons The Helmet Again In 'The Mandalorian' S3 Trailer →