Bella Thorne's 'Girl', 'The Boy Behind The Door,' And 'The Stylist' Bring Stars And Scares To Fantastic Fest's First Half

Fantastic Fest is back with a parade of genre movies, unique and unhinged. This year, fans can join the fun from home, viewing select titles on Scener and Alamo On Demand. (Learn more here.) As such, Pajiba has been diving into the 2020 slate in a search of the next must-see movie.

Here’s a mini-review round-up of what we’ve seen so far. 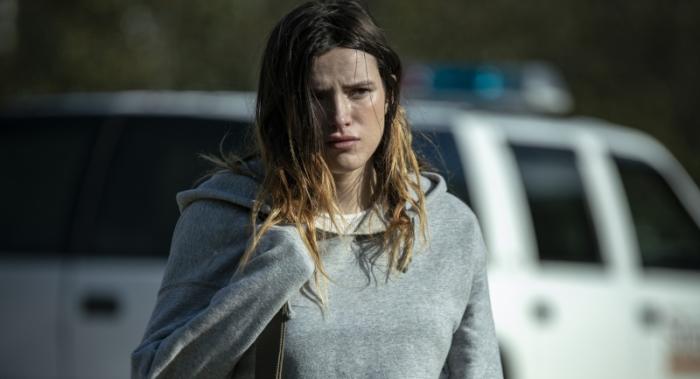 GIRL (Dir. Chad Faust)
Bella Thorne heads this revenge thriller as its unnamed yet eponymous heroine, who is deadset on killing her deadbeat dad. Against her sickly mother’s wishes, the girl heads to the wicked little town where he lives, but soon discovers someone has beat her to the punch. From there, she wants to know why and so begins to uncover family secrets that threaten to rip her life apart.

Written, directed and co-starring Faust, Girl is a mean and gritty piece of work that aims for Winter’s Bone pathos but lands on made-for-TV performances. Former Disney kid Thorne is tasked with shouldering a script that is woefully predictable in which she chiefly is asked to scowl and slouch. Thorne sure plays surly, yet never convincingly emanates the ache of this lost girl with blood on her mind and a hatchet in hand.

Faust telegraphs plot twists with poor structure, then plops in clunky monologues chock-full of cringe-inducing color. It makes for a miserable experience that is not enhanced by his puppy-dog enthusiasm at playing sidekick to Mickey Rourke, who practically sleepwalks through the script’s cliched tough-guy talk. This makes for a thriller that’s plenty bleak and brutal but lacking in any kind of profundity or poignancy. 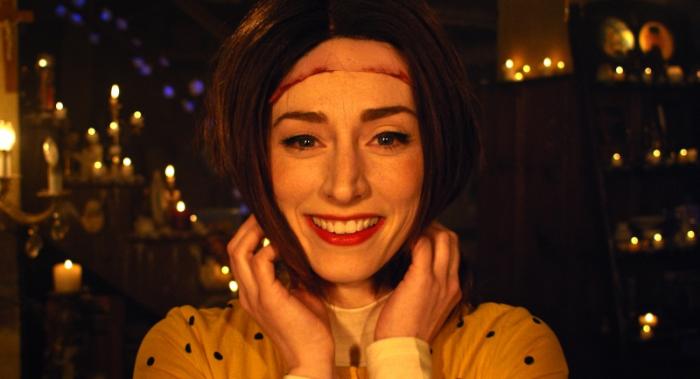 THE STYLIST (Dir. Jill Gevargizian)
Based on her short film of the same name, Gevargizian’s horror-thriller is a savage exploration of loneliness and obsession. Najarra Townsend stars as Claire, a hairstylist who offers clients her skillful hands and sympathetic ear. As she clips and combs, they casually share the secrets of their lives, from tales of boyfriends and career accomplishments to darkest doubts and whispered fears. Claire is fascinated by all of it, sometimes to a deadly degree. Deeply unhappy with who she is, she occasionally kills her clients to steal their scalps so she can live the fantasy of being anyone but her.

Gevargizian binds her audience to this insecure slasher, following Claire as she meets her latest idol, a beautiful bride-to-be (Brea Grant). The intensity of Claire’s emotions is reflected by a violent color pallette, bleeding in hues of red. Then, Gevargizian laces complexity into her killer by revealing inner conflict. Claire does not enjoy the kill and feels haunted by the past. Yet she cannot stop the craving that pushes her toward her fatally bad habit.

To this, Gevargizian brings in gag-inducing elements of gore, a high-strung tone that reflects her prone-to-panic heroine, and keen empathy for victims and killer alike. The result is a trippy thriller perfect for Midnight Movie watching. 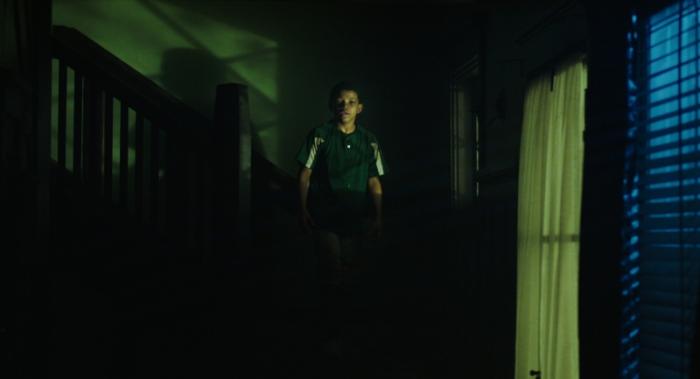 THE BOY BEHIND THE DOOR (Dir. David Charbonier and Justin Powell)

Of these three, this was my favorite.

Written and directed by David Charbonier and Justin Powell, this horror-thriller feels inspired by harrowing true crime tales of survival. This one begins on a sunny day, where best friends Bobby (Lonnie Chavis) and Kevin (Ezra Dewey) are playing in a remote field before heading to their baseball game. Then, a strike of abrupt violence and Bobby awakens in a car trunk, short on air. Kevin is not with him.

With tenacity and ingenuity, this clever kid breaks out of his cramped prison, and realizes he’s far from home. But before he can run away he hears something. He hears Kevin crying out for help. Refusing to leave his friend in need, Bobby bravely sneaks into the strange house, where more living nightmares await him.

The premise for this one is very thin but smartly executed. Tension is wrung from the adult audience knowing better than these boys what hell might befall them, while we watch helplessly as Bobby slides through dark hallways to evade the sneering abductor. Just when you think this concept will run out of steam, Charbonier and Powell offer new obstacles for the boys to overcome.

Making the horror all the more impactful are the performances of Chavis and Dewey. These children don’t play this like some sort of Home Alone fantasy. There’s nothing plucky or playful about how these boys fight against grown-ups who’d do them harm. They cry with crumpled chins. They scream for help and shriek in pain. And when they sprint through the house, those crisp, white and green baseball uniforms feel shudderingly wrong in that dark cramped setting.

Occasionally, Charbonier and Powell make a messy choice that undermines the film’s realism, playing more to suspend-your-disbelief slasher conventions. Still, The Boy Behind The Door is a deeply chilling thriller with a throbbing emotional core. When these boys cry together and for each other, your heart hurts, hoping they’ll make it to the end of their road, alive and together.

← In Praise of Binging with Babish, the Best Cooking Show on the Internet | 'Harley Quinn' Gave Us the One Romantic Relationship We've Always Wanted →