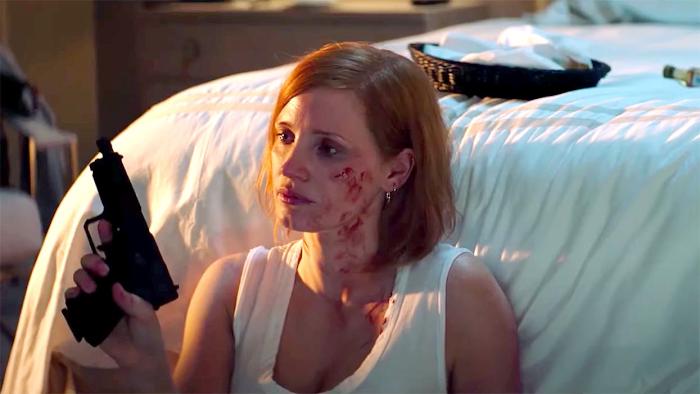 On Netflix: 'Ava' Is Jessica Chastain's Audition for a Much Better Action Film

Since 2015’s Mad Max: Fury Road, it feels like Charlize Theron has cornered the market on films featuring as their leads bad-ass white women engaged in heavily-stylized action sequences (The Fate of the Furious, Atomic Blonde, The Old Guard), and Ava feels like Jessica Chastain’s effort to compete with Theron on those same roles. The good news is that Chastain can throw a punch, break some bones, shoot a face, and beat some ass every bit as good as Theron can. The bad news is: Ava is not a very good movie.

Ava reunites Chastain with Tate Taylor, the director of The Help, and surrounds her character — a hitwoman — with some great talent, including John Malkovich (her handler), Common (her ex-boyfriend), Geena Davis (her mother), Jess Weixler (her sister), and Colin Farrell (the villain). The film clearly did not skimp on the action choreography or the cinematography (Boston, weirdly, has never looked better), but someone forgot to put some money into a better script, because the one here that comes from Matthew Newton is complete garbage (and Newton himself has a history of being a garbage human).

That’s the plot, vague as it is, in a nutshell, and it offers almost no reason at all to watch Ava. It does, however, afford its talented cast an easy paycheck, and it’s a great showcase for the spectacular talents of Chastain (and her body double) in the role of kicker of asses. It’s not quite Atomic Blonde, but in part that’s because Tate Taylor is no David Leitch, but Ava illustrates that Chastain could be very well-suited to a David Leitch film. The unofficial audition apparently worked, too, because Chastain (and Jake Gyllenhaal) are attached to Leitch’s The Division, based on the Ubisoft video game.


← Let's Spend Way Too Much Time Thinking About Why People Want to Do it With The Grinch | Scene Academic: Investigating Impressions ('I Don't Feel at Home in This World Anymore') →