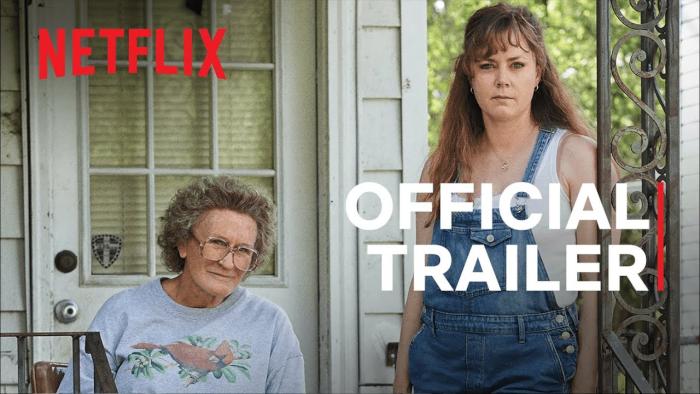 Netflix has been gunning hard for the Oscars the past couple of years, unfurling films by major talent and with major acclaim, like: Roma, Mudbound, The Irishman, Marriage Story, I Lost My Body and Klaus. This year, the streaming distributor’s award season contenders include Spike Lee’s Da 5 Bloods, David Fincher’s Mank, and Ron Howard’s Hillbilly Elegy, which boasts performances from 7-time Academy Award-nominee Glenn Close and 6-time Academy Award nominee Amy Adams. So, already, Oscar experts are speculating: Could this be the year for the win?

Well, take a look at the first trailer for Hillbilly Elegy and tell us what you think.

J.D. Vance (Gabriel Basso), a former Marine from southern Ohio and current Yale Law student, is on the verge of landing his dream job when a family crisis forces him to return to the home he’s tried to forget. J.D. must navigate the complex dynamics of his Appalachian family, including his volatile relationship with his mother Bev (Amy Adams), who’s struggling with addiction. Fueled by memories of his grandmother Mamaw (Glenn Close), the resilient and whip-smart woman who raised him, J.D. comes to embrace his family’s indelible imprint on his own personal journey.

Hillbilly Elegy will open in select theaters November
and on Netflix November 24.

← Nancy Pelosi Ripped Wolf Blitzer a New Asshole | This Week On Podjiba: 'The Boys', 'Supernatural', 'The Right Stuff', And More! →