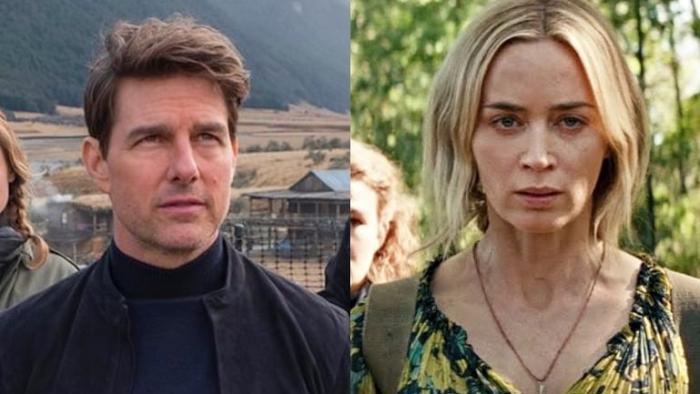 After, uh, ' Trolls World Tour,' Moviegoing Will Never Be The Same Again

Last April, Universal Pictures released Trolls World Tour to VOD for $20, and there were those among us with kids who were so desperate for a new movie to keep our kids entertained, we paid it. Honestly, given the fact that it would have cost $75 to take my kids to see Trolls World Tour in theaters and buy concessions, it felt like a bargain.

Last week, a movie I really want to see — Barb and Star Go To Vista Del Mar — got its digital release, and likewise, it will cost $20 to rent it. $20? You mean, nearly four months of Disney+? Or four months of Hulu? Nearly two months of Netflix? Um, no thanks.

I’m just going to wait until I can rent it for $5, as I did with Tenet, and who knows? Maybe by then, I will no longer be interested (I still have not seen Tenet). Who is going to pay $20 to watch a movie at home anymore, when there are so many already available on these streaming services (although, I still pay $5 to rent a movie at least 4-5 times a month, because nothing pre-2020 that I ever want to watch seems to be available on these streamers).

The point is: The days of spending $15 to rent Capone are over. It was a short window. I hope the studios enjoyed it because those days aren’t coming back. I can still see Disney charging $30 for a movie it releases simultaneously into theaters, but I don’t see that many more opportunities for that. If the pandemic has taught us anything, it’s that we’re far less driven by FOMO than we used to be. We’ve been missing out on everything for a year; what’s another week when it comes to the next Fast & Furious movie?

That has to be a little concerning when it comes to the movie theater business. There’s been a belief that once everyone has been vaccinated that everything will return to normal in the world of movie theaters. Except that it won’t. Putting aside the loss of thousands of screens because of the pandemic, yesterday Paramount became the most recent studio to announce that it was shortening the theatrical window. Mission Impossible 7 and The Quiet Place II will premiere on Paramount+ 45 days after they are released in theaters. Warner Brothers, at least in 2021, is releasing all of its films on HBO Max and in theaters simultaneously, while Universal has narrowed its window to 17 days.

People keep talking about how insane it is that the costs of all these streaming networks are just as much as cable television now, but at the same time, I can get a month’s worth of Netflix, Disney+, Paramount+, Hulu, Prime Video, Peacock and HBO Max combined for less than the price of one trip to the movies with my family. Granted, the cost of a great moviegoing experience is still worth the $75 for the right movies.

However, the smaller theatrical window also means fewer movies in theaters, and most of them will be “event movies,” like a Marvel movie or a Star Wars movie. It’s probably for the best because most of us won’t have a problem waiting 17 or 45 days to watch a movie like Denzel’s Little Things. Most of us sure as hell won’t pay $20 to see it at home, either, especially if we only have to wait 3 weeks to rent it for $5 or watch it on a streaming network that only costs $5 a month to subscribe to.

Watching to see how all of this shakes out over the next year or two is going to be wild, but I don’t think it’s going to be a bad thing for the industry. There will be more low- and mid-budget movies made for streamers; bigger movies will get shorter windows in theaters; ticketing services like Fandango and Atom will benefit because more people will be vying for fewer seats before a movie leaves theaters; and hell, people just might start caring about movie critics again, since someone’s gotta help sort and sift through all of this content. You know what the best thing is about all these movies and streaming content? We will barely have to watch any commercials, because one of the best things about most of these streamers is that, unlike cable, we’re not paying for the opportunity to be advertised to.

The real losers, however, will be 14-year-old couples who will no longer have a safe space to make out, since there will be fewer half-empty theaters with vacant back rows to retreat into.


← Conan Went To A Crowded Bar And Even Though It Was Fake I Wanted To Be There Too | Review: 'The Vigil' Combines Demon Horror, Psychological Thriller, And Jewish Tradition To Fantastic Effect →