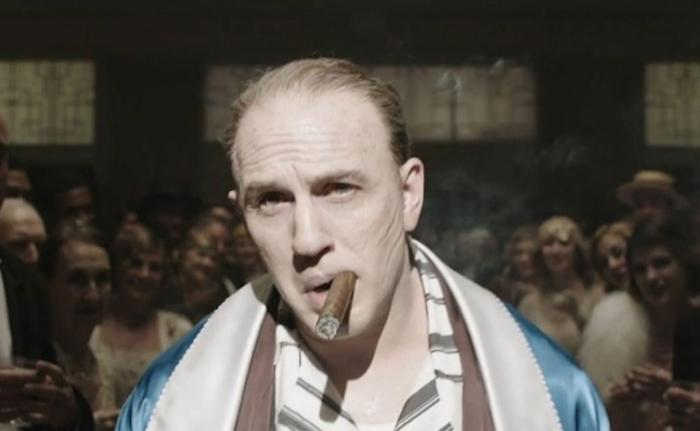 Capone is not a good movie, and it’d be easy to put the blame for it all at the foot of Josh Trank, the director whose career burst in flames after the disastrous reception of Fantastic Four.

And it is Trank’s fault, but I wouldn’t chalk Capone up to a lack of directing talent or an inability to coax a good performance out of his actors. I wouldn’t even completely blame the script, which Josh Trank wrote himself. The problem with Capone is … well, Al Capone. How many hundreds of movies or television shows have we seen about Al Capone’s violent, bootlegging days? And until Capone, how many movies have we seen about the last year of Al Capone’s life?

There’s a good reason for that. It doesn’t matter how powerful, infamous, or wealthy a person is, a movie about that person’s dementia and decline in health is a sad and depressing story, but it is not a compelling one. There is nothing to root for here except a quick death and a merciful end. The Al Capone we see in Capone is not the man with whom we associate with that name. This Al Capone is a 47-year-old man with syphilis that has gone untreated for nearly 30 years, a man who pisses and shits himself, who can barely form a coherent sentence, and whose most fascinating moments are vivid and violent nightmares of his past.

When Capone opens, Al Capone has been out of prison for a few years, and he’s already deep into the throes of dementia. We never get an idea of what kind of person he was before his mind began to go, and it becomes almost impossible to invest in a character who can barely acknowledge his own existence. Al Capone sits in chairs and stares out into the water; he smokes cigars until those are replaced with carrots by his doctor (Kyle MacLachlan) after Capone suffers a stroke. He drools on himself. He relieves himself on his wife, Mae (Linda Cardellini), while they’re in bed. He hallucinates. He suffers from extreme paranoia.

To see a man like Al Capone — maybe the most infamous criminal of the 20th century — fall so hard might have been more affecting if Trank had given us even a glimpse of the man he once was. But Capone’s downfall here is neither satisfying nor even that sad, because there is very little sense of who he was before he began to lose his mind. It’d be like making a movie about the end of the world that never gives us a glimpse of what it was before the pandemic hit — it is, instead, an entire movie about people watching Netflix and playing games while they wait for the virus to wipe us out. That’s Capone. It’s not a movie about a character trying to accomplish something. It’s a movie about watching a man die, first mentally and then physically.

It doesn’t help, either, that Tom Hardy is increasingly incoherent throughout the film. Hardy is a terrific actor, and I’m sure that his performance is true(ish?) to the life of a man who had suffered a stroke and had lost most of his mental faculties. It doesn’t make it any less excruciating to watch. Hardy’s garbled, incoherent speech is paired with frequent dream sequences, but since we seldom know what Capone is saying, it often takes a beat to figure out that we are inside of Capone’s mind and not in the middle of an action sequence. I found myself briefly pausing the movie at one point to read Capone’s Wikipedia page to double-check and ensure he didn’t actually shoot up his entire estate with a Tommygun during the last weeks of his life.

The problem with Capone is that there’s not a good story here. Trank tries to graft a couple of subplots onto the film to liven it up, but they drown in Hardy’s mumbles. The feds, for instance, are trying to get Capone to reveal where he left a big bag of money before he passed, and they use his doctor to try and squeeze that information out of him. But if there is a bag of money, Capone is too far gone to remember it — he apparently has the mental IQ of a seven-year-old at this point in his life. Meanwhile, there’s an illegitimate son named Tommy who keeps calling and hanging up, but it’s neither interesting or based in reality. In fact, most of Capone — set during a year in which Al Capone is basically a vegetable — is just Trank’s theories about what might have been going on inside of Capone’s deteriorating mind.

Ultimately, that’s what’s wrong with Capone. It’s not poorly directed so much as it is poorly scripted, and there again, the script is not as bad as the actual subject material. There’s no story here. Trank may not be as bad as Fantastic Four led us to believe, but he’s definitely not talented enough to make something out of nothing.