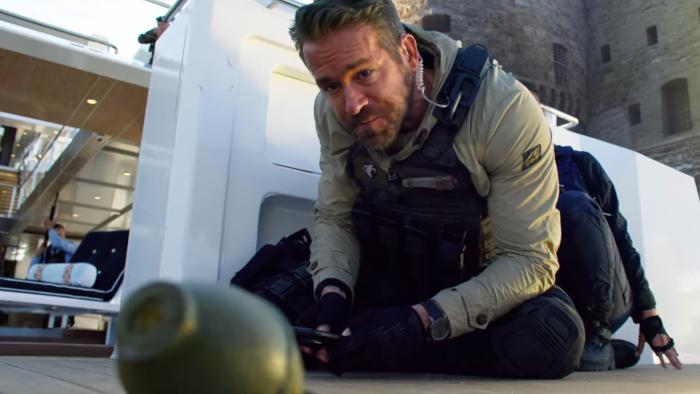 As much as I would otherwise hate to give him any credit, Michael Bay is a technically skilled director. Dude knows how to make an action film, and occasionally when he marries his technical expertise with a decent story, he makes something slightly better than a standard popcorn thriller (see Pain & Gain and even 13 Hours, a decent flick if you can put aside its political messaging).

The trailer for 6 Underground suggests a movie more in line with what Michael Bay is known for — big explosions, attractive women, storylines built around action sequences — but there’s probably more to it than what we see on screen, because the script comes from Rhett Reese and Paul Wernick, the writers behind Zombieland and Deadpool (which is probably what attracted Ryan Reynolds to the project). They’re great with the one-liners, and the premise even promises a slightly more intriguing story than the trailer portends: “Six billionaires fake their own deaths and form an elite vigilante squad in order to take down notorious criminals.”

The film comes out on December 13th, and the $150 million movie will debut on Netflix. Are our phones and iPads the most suitable outlet for Michael Bay’s brand of filmmaking? Do we even care anymore? The terrible Will Smith film Bright did well on Netflix, so it may just be that Netflix viewers will watch anything if it’s “free” (with your subscription). 6 Undeground, Scorsese’s The Irishman, and even Rawson Thurber’s potential blockbuster franchise, Red Notice with Dwayne Johnson, Gal Gadot, and Reynolds, will seriously pit streaming blockbuster films against the massive Disney theatrical blockbusters. If big gambles like these pay off, maybe Netflix puts a dent in the theatrical release business model. But if they continue to produce movies like Bright, maybe they only end up strengthening Disney’s position. Based on the 6 Underground trailer, the MCU doesn’t have a lot to worry about, but given the talent involved, it could be more formidable than it appears.

← Who is Marie S'Infiltre, The French YouTuber Who Crashed the Chanel Runway (and Faced Gigi Hadid's Wrath?) | The First Full-Length 'Birds of Prey' Trailer Is Here And Amazing →