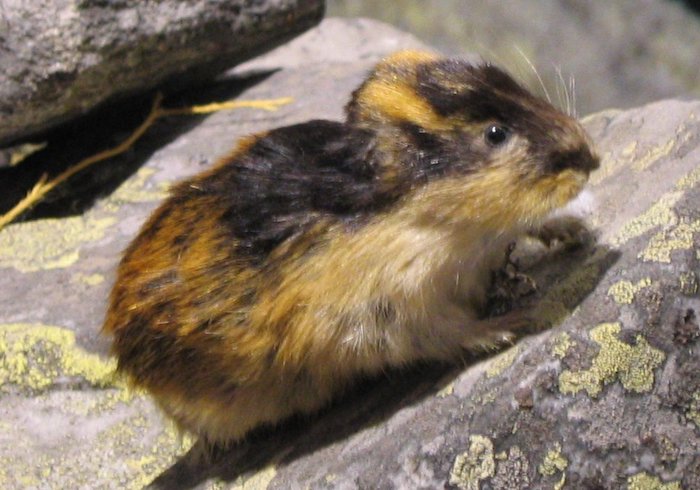 In a move exuding pure chaotic energy, the upcoming Disney+ streaming service announced its full lineup via Twitter thread earlier this month. Amidst scores of classic titles that defined your childhood and highly anticipated new releases, including several Star Wars and Marvel series, there were plenty of others only familiar to the most knowledgeable of Disney die-hards.

Most of these obscurities are obscure for good reason. Disney went through a mid-life crisis in the latter half of the 20th century that lasted like 30 years and many mistakes were made.

In the lead-up to the announcement, one major question was whether or not the rumored comprehensive lineup would be truly comprehensive with regard to the infamous Song of the South, Disney’s 1946 “plantations are swell” film featuring Uncle Tom’s even more problematic brother Uncle Remus. The answer was no, Disney’s motto of not wanting to address that skeleton in their closet while still keeping “Zip-a-Dee-Doo-Dah” in their song canon continues to reign supreme. However, there are still several other “yikes”—and some merely “WTF?”— moments from Disney’s history that made it into the Disney+ lineup. Five of the weirdest are listed below. 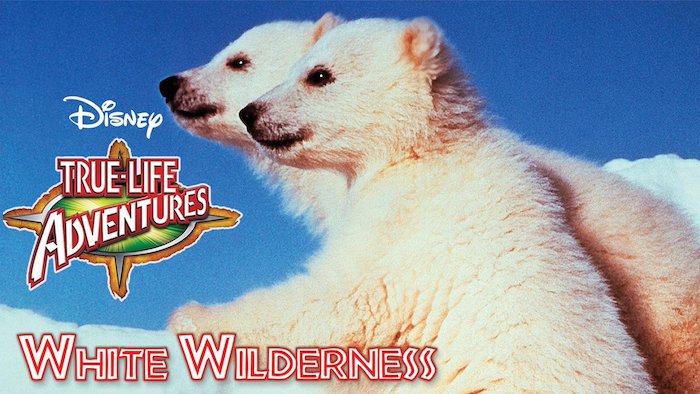 If you Google search the term “lemmings,” the second AutoFill suggestion is “lemmings cliff,” shortly followed by “lemmings off a cliff.” This is Disney’s fault.

For those unfamiliar, a lemming is a small, somewhat adorably rotund rodent that lives in the Arctic tundra (featured in this article’s header image). If you have heard of lemmings before, it’s probably because they have a reputation for suicide, particularly by way of leaping off cliffs en masse. This purported tendency has made them convenient for use in analogies about peer pressure and why you should resist it. And also a popular “weird animal” fun fact.

The issue is that this factoid is not, in actual fact, factual.

While apparently the misconception predates the film, Disney’s 1958 documentary White Wilderness was the final nail in the coffin because it shows video “evidence” of lemming mass suicide. Even the documentary’s Wikipedia page addresses that the film is “noted for its propagation of the misconception of lemming suicide,” but this fails to paint the full picture.

White Wilderness did not propagate this misconception by splicing together some misleading B-roll or sharing fake facts in the voice over. It did so by tossing lemmings off a cliff. Even watching the sequence in question with a critical eye, you can kind of tell something sketchy is going on — the documentary cuts from a shot of a group of lemmings heading over a ridge to an unclear fate to a shot of a stream of lemmings falling from some unseen height. It is a notably narrow stream. Kind of like the lemmings are being tossed out of a bin. Gee, I wonder why.

Disney took home the Academy Award for Best Documentary Feature for these murders.

THE WONDERFUL WORLD OF DISNEY, “Casebusters” (1986)

Once upon a time, Wes Craven directed an episode of a Disney TV show.

Honestly, if you have a name like “Wes Craven” and don’t direct horror movies, you need to go home and rethink your life because you have clearly strayed from your fated career path. Thankfully for us, Craven saw the writing on the wall. When he shuffled off this mortal coil in 2015, he left behind a filmography full of keywords like “Nightmare,” “Hell,” and, of course, “Scream.” And then there’s this.

A Craven aficionado is likely familiar with his most famous weird career move, the Meryl Streep and Angela Bassett starring awards-bait flick Music of the Heart. Craven’s only foray into bona fide children’s programming with “Casebusters,” a 1986 episode of the anthology series The Magical World of Disney, is far more obscure.

The episode revolves around a pair of sibling kid sleuths who help out their grandpa with the family security business. It’s all very wholesome. There’s a big fluffy dog. It’s exactly what you’d expect from an episode of a Disney anthology series.

The only real mystery about the whole thing is how Wes Craven came into the picture. Also, why. Considering the episode came out two years after A Nightmare on Elm Street, Craven seems to have been past the struggling unknown, will-work-for-food stage, so his motivations for taking the job are really unclear. My albeit limited search for answers — or any interview with Craven where he at least addresses his brief Disney affiliation — did not turn up diddly-squat.

The story of how this utterly weird pairing ever came to be might be lost to the ages, but if you’re curious about the results, they’ll be available to stream on Disney+. 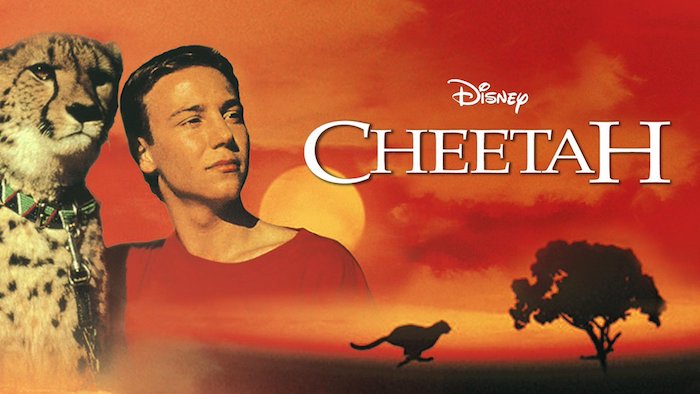 “Hakuna Matata” is a Swahili phrase that you are probably well aware translates to “no worries.” Disney somehow has this phrase trademarked in the United States, which really feels like something that should not be legal, but I digress. You are probably well aware of the phrase because Elton John and Tim Rice combined all their superstar powers to make sure the songs from The Lion King will live in your brain until your dying day. Whether or not you like the songs is immaterial. It’s a permanent residency.

There is a good chance you knew all of this already. What might be news to you, though, is that The Lion King was not the first Disney film to use the phrase “Hakuna matata.” That honor goes to the 1989 live-action film Cheetah, a movie about two white kids who move to Kenya, befriend a Masai boy, and adopt an orphaned cheetah cub. Thematically it’s kind of like a fluffy version of Walkabout that low-key wants you to believe that reverse racism is real because local Kenyans are also “prejudiced” towards white ex-pats, but it really does not matter anyway because the real enemy is poaching. 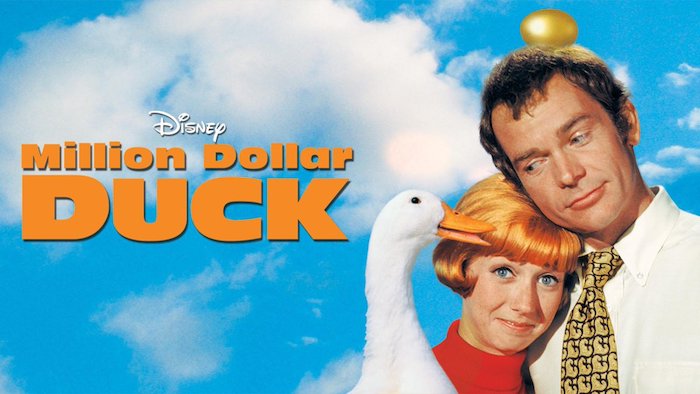 The era between Walt’s death and the ’90s Disney renaissance kickstarted by The Little Mermaid and Beauty and the Beast was a dark time for the company. So dark that it is sometimes even referred to as a bona fide Dark Age, and in all honesty the moniker is only slightly hyperbolic.

One of the key hallmarks of this dark age was the so-called “gag comedy.” Throughout the ’70s and ’80s in particular, Disney was notorious for comedies revolving around lame gags like “what if the cat was an alien” or, in this case, “what if a family found the literal version of the proverbial ‘golden goose’ only instead it’s a duck?”

In addition to being a key example of the issues Disney had at the time, The Million Dollar Duck has the dubious distinction of being the first film screening the legendary film critic Gene Siskel ever walked out on, and one of only three films he could not bring himself to sit through over the course of his entire career. 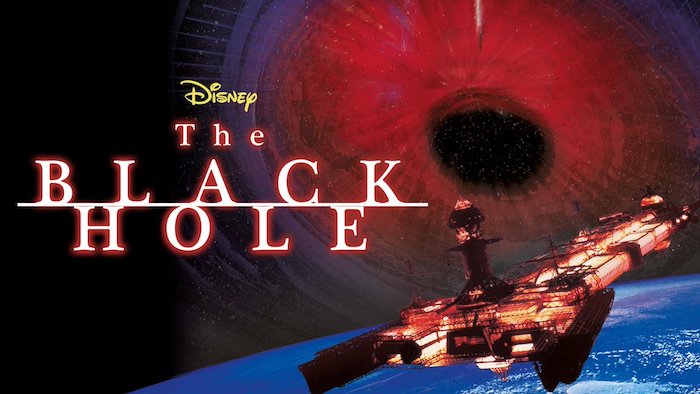 Long before buying Star Wars, Disney tried to make its own. It did not go well. In fact, I strongly believe that it was the 1979 cinematic faceplant of The Black Hole that convinced the Disney corporate hivemind to redirect their efforts towards the ultimate goal of just engulfing Lucasfilm whole like the monster in The Blob. I have no idea whether or not this is actually how it went down, so don’t quote me on that. But in my heart it feels true.

That Disney thought The Black Hole would be its Star Wars is somewhat embarrassingly obvious. The film was the studio’s most expensive to date, both in terms of production budget and marketing — $20 million and $6 million, respectively, though admittedly even accounting for inflation that’s small potatoes by today’s standards. Disney was so determined to be hip with the kids that it even went for an edgy PG, as opposed to G, rating for the first time — the film holds the distinction of being the first Disney film to feature the words “hell” and “damn.”

Disney brought in a few hard-hitters behind the camera, including roping in John Barry of James Bond theme fame to do the score (and admittedly the main theme of The Black Hole is a bop), but the biggest on-screen star-power is Anthony Perkins. That’s right. Disney tried to do Star Wars and made Norman Bates the face of it.

It’s actually quite helpful that at least one of the characters has a familiar face because even after seeing the film twice the names of the characters utterly escape me. They are just that forgettable. Besides Norman Bates in space, there are two other dudes, a token woman, a mad scientist, and a pair of droids that are clear R2D2 knockoffs, only they can talk — and for plot device reasons, the token woman has an ESP mind-link with one of the robots.

Honestly, that tidbit makes the film sound far more exciting than it actually is. The fundamental problem with The Black Hole is that for most of its run time the film is unbearably dull. The basic premise is that a deep space research expedition discovers a long-lost spacecraft hovering at the edge of a black hole. The first ten minutes of set-up sufficiently hold interest as the crew discover and investigate the mysterious ship, and the last twenty minutes or so go pretty batsh*t crazy, but the intervening hour seriously drags.

Basically, the second the protagonists meet the mysterious ship’s lone human resident, a creepy scientist, the whole thing devolves into sixty lifeless minutes of “let me give you the grand tour” and characters exchanging dry, utterly meaningless technobabble. The third act then suddenly switches gears and unravels into Dante’s Space Inferno, complete with strong Christian themes and imagery. I won’t give away all the details just in case for some bizarre reason you now feel compelled to watch this colossal misfire. Suffice it to say that the film’s ending so earnestly anticipates a sequel set-up that you feel second-hand embarrassment watching it with the knowledge that no sequel was forthcoming, or ever will be.

In terms of how it actually fared at the box office, The Black Hole was not a flop of John Carter proportions. Still, it did not do well. It was certainly no Star Wars. How any one individual, not to mention the numerous individuals in decisive positions who have to sign off in order to get a major studio film made, actually thought this film would connect with audiences defies all logic.

On one hand, The Black Hole is clearly a desperate effort on Disney’s part to be hip with the kids. On the other hand, the “sassy” robot quotes Cicero. Because, you know, that’s how you target a teenage demographic.

It truly boggles the mind.