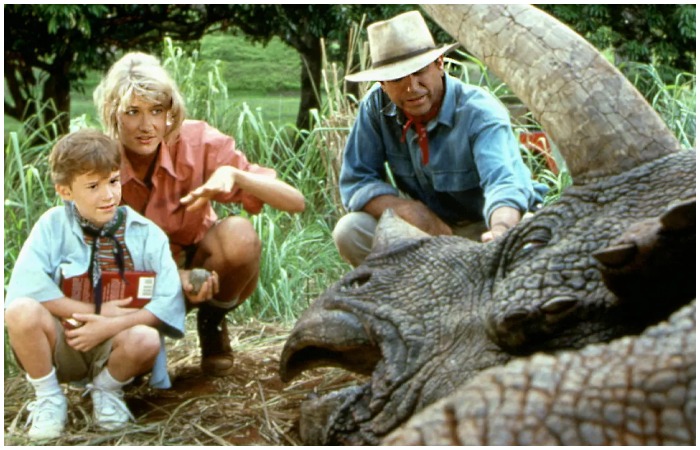 Jurassic World: Dominion, the third in the Jurassic World trilogy, opens this weekend. It will do gangbusters at the box office, even though everyone going in knows it’s bad, and everyone leaving will nevertheless feel disappointed. Director Colin Treverrow, meanwhile, will probably continue to fail upward. As you head to theaters this weekend, take a moment and reflect upon the original, the only good movie in the entire Jurassic Park franchise. Here are 20 facts you may or may not know about the film.

1. Before Michael Crichton had even finished the novel upon which the movie was based, a bidding war began, and among the directors in contention were Tim Burton (Edward Scissorhand), Joe Dante (Gremlins) and Richard Donner (Lethal Weapon). Crichton’s first choice, Spielberg, won the bidding war.

2. Spielberg first learned of the existence of the Jurassic Park novel from Michael Crichton while the two were discussing a screenplay that would ultimately result in the NBC hospital drama, ER.

3. Spielberg’s Schindler’s List was greenlit only on the condition that Spielberg agree to direct Jurassic Park first. Spielberg did so but left post-production work to George Lucas, while Spielberg left to begin work on Schindler’s.

4. After its release, Jurassic Park’s $900 million international box-office made it the highest-grossing film of all time up to that point (and until Titanic came along).

5. Both William Hurt and Harrison Ford were offered the role of Dr. Alan Grant, which Sam Neill would eventually land. Richard Dreyfuss was also considered.

6. Michael Crichton was paid $500,000 to adapt his book into a screenplay, although much of his screenplay was tossed by Malia Scotch Marmo (Hook) and David Koepp (Mission Impossible, Spider-Man), who rewrote the script.

7. Many of you may recognize the kid who played Tim Murphy (Joseph Mazzello) from The Pacific and, more recently, Justified. He had originally auditioned for Spielberg’s Hook but was turned down because he was too young. 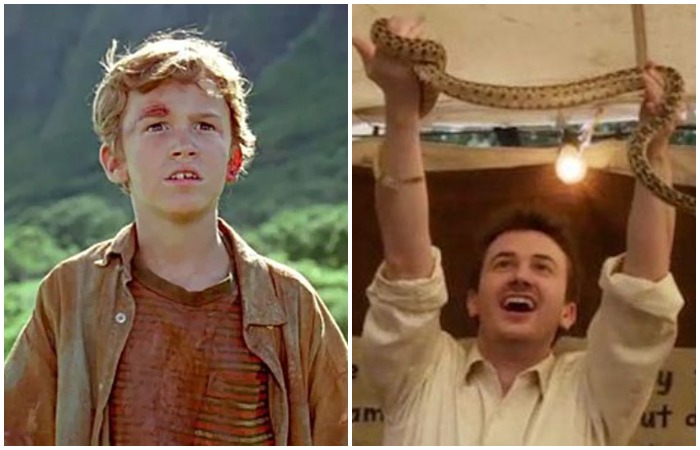 8. Ariana Richards — who played Lex Murphy — has essentially quit the business, although she’ll make the occasional public appearance at the premiere of a sequel (Anna Chumskly (My Girl) and Christina Ricci also auditioned for that role). 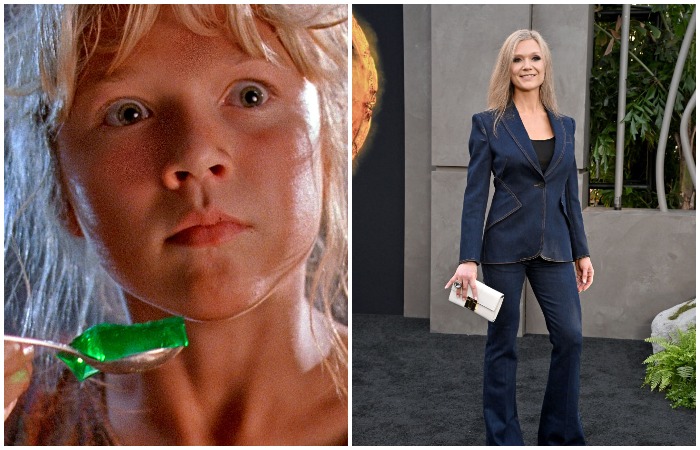 9. The iconic rippling water scene was inspired by the mirror shaking in Spielberg’s car while he was listening to Earth, Wind, and Fire. The effect was created by strumming the guitar strings that were spanned under the vehicle.

10. When NBC aired Jurassic Park on television for the first time in 1995, the 65 million viewers made it the most-seen-movie on television since 1987’s Trading Places.

11. The impressive special effects in Jurassic Park provided some of the inspiration for Peter Jackson to explore developing the Lord of the Rings trilogy and for George Lucas to begin work on the Star Wars prequels.

12. Richard Kiley first played the narrator of the prerecorded park tour in the audiobook and was subsequently hired to play the same role in the film.

13. Juliette Binoche and Robin Wright were first offered the role of Dr. Ellie Sattler, which would go to Laura Dern. Jodie Foster, Joan Cusack, Julia Roberts, Linda Hamilton, and Sarah Jessica Parker — among others — were also considered for the role. Sandra Bullock, Gwyneth Paltrow, Julianne Moore, and Helen Hunt all tested for the role. Dern agreed to the role thanks to a push by Nic Cage.

14. Richard Attenborough made his first movie appearance in 15 years to play John Hammond, although that role was also offered to Sean Connery.

15. Notice the book in the gift shop. It was a book about the making of the film. 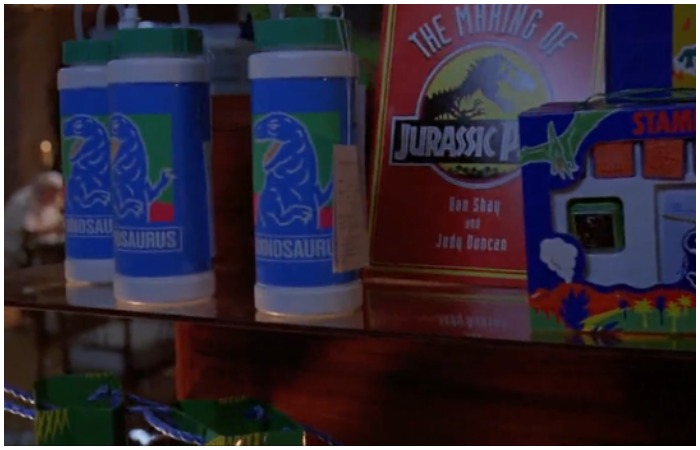 16. Jurassic Park is 127 minutes long; only 15 of those minutes actually contain footage of dinosaurs.

17. In both The Fly and in Michael Crichton’s Jurassic Park novel, characters played by Jeff Goldblum explain that they only wear black and grey to avoid wasting time thinking about what to wear. 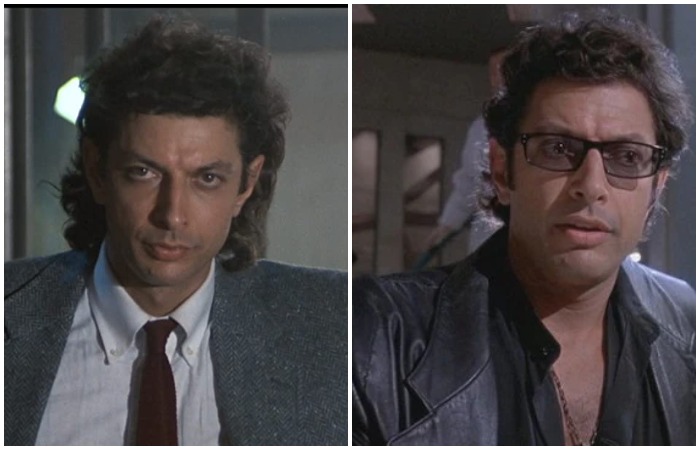 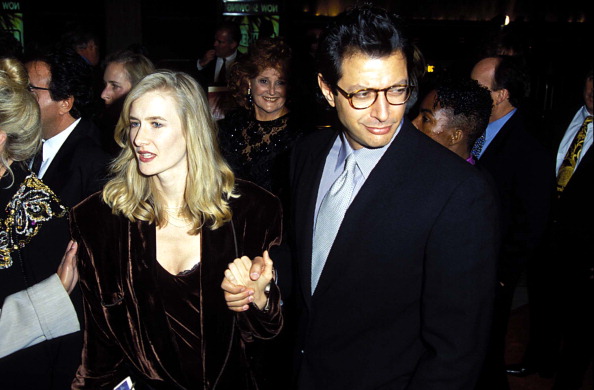 20. Ian Malcolm’s line, “Don’t you mean extinct,” is actually what the go-motion animator Phill Tippet said after seeing the new CG technology that would replace his models.

Bonus: Among those considered for the role of Owen Grady occupied by Chris Pratt in the Jurassic World movies were Armie Hammer, Henry Cavill, Glenn Howerton, Jason Sudeikis, Josh Brolin, Garrett Hedlund, John Krasinski, and Jason Statham. I’m not saying they chose correctly, but I am saying they dodged a bullet by not casting Armie Hammer. Can you imagine Howerton in that role? Also, Bryce Dallas Howard beat out Kristen Stewart and Keira Knightley for her role.