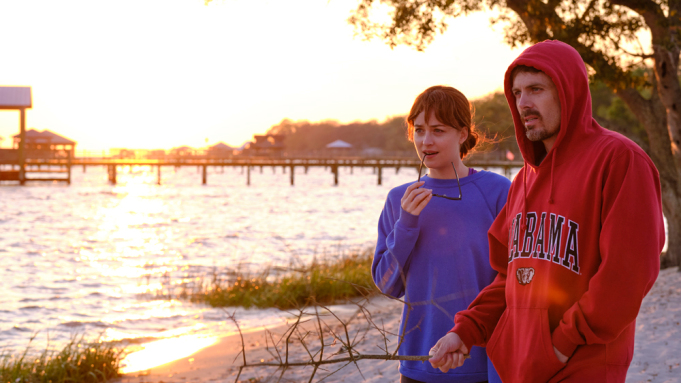 'Our Friend' Trailer: And You Thought 'Blackfish' Was Devastating

Our Friend stars Casey Affleck, Jason Segel, and Dakota Johnson, and it comes from director Gabriela Cowperthwaite, who directed the tearjerker Megan Leavy — based on the true story of a Marine who tried to reunite with her combat dog after battle — and the documentary Blackfish. And if you thought Blackfish was devastating, it ain’t got nothing on Our Friend.

The movie is about Dane Faucheux (Segel), who moves in with his best friend Matt Teague (Affleck) to help him take care of his wife, Nicole (Johnson), who has terminal cancer. The trailer focuses on some of the amusing hijinx and moments of levity, but Matt Teague’s 2015 essay in Esquire — upon which the movie is based — portends a movie that will also capture the messiness and indignities of cancer and death. I just read the entire essay, and it is only funny enough to make it even more devastating.

Having read that essay, I don’t know that I could bring myself to watch Our Friend (Casey Affleck, aside), but I desperately just want to take the $10 I would have spent on a movie ticket and send it straight to Matt Teague. It looks like a film with three very powerful performances and a level of anguish I’m not sure we can handle right now.

Our Friend opens in theaters (ha!) and PVOD on January 22th. Read the essay here.


← Stephen Colbert Has A Solution For A Safe Thanksgiving Gathering | 'Saved by the Bell' Review: A Charming, Funny, and Relevant Update to the '90s Sitcom →