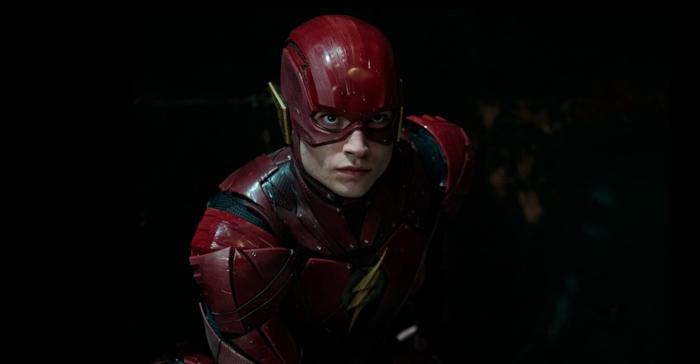 After years of production delays and changes in the director’s chair, it was announced earlier this year that the feature-film version of The Flash was finally going into production, with It: Chapter One and It: Chapter Two director Andy Muschietti helming the film, much to the surprise of so many fans.

Yesterday, we got to see some teaser footage of The Flash from DC FanDome. According to Ezra Miller, who plays Barry Allen/The Flash, and who introduced the footage at FanDome, the film is currently in post-production. Muschietti and his crew were still able to give us proof that we’ll actually get to see The Scarlet Speedster in his own solo film before the year 2099.

We get a glimpse of what looks to be two Barry Allens arriving at a desolate and abandoned Wayne Manor.

And we get a look at The Flash’s new suit. Which clearly looks a lot different from the prototype armored suit that he wore in Zack Snyder’s Justice League.

If that isn’t enough, we see The Flash’s ring, where he stores his suit when he’s living life and handling business as Barry Allen.

An empty Batcowl lying next to a trail of blood. 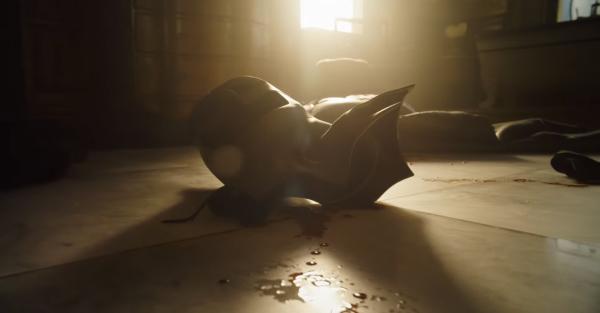 Barry Allen slowly approaching a woman with her back to him, and that woman is most likely his mother, Nora Allen. 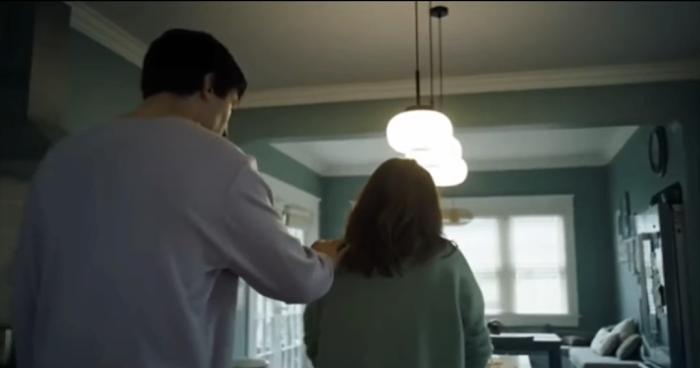 In Barry’s main timeline, Nora was murdered when he was a child, and his father, Henry, was wrongly accused of murdering her and sent to jail. As part of the Flashpoint storyline from the comics which this film seems to be adapting, Barry runs fast enough to travel back in time and alter his timeline, enough that he changes it so that Nora remains alive. Which is just one of many, many changes.

Throughout all of this, we hear Michael Keaton as Bruce Wayne/Batman talking to Barry about his decision to stay in the timeline of his choice. We don’t get to see him onscreen, but we get the very recognizable silhouette of him in his Batsuit, which is still worth geeking out over.

We finally get a look at Supergirl (Sasha Calle), who is accompanied by two versions of The Flash. 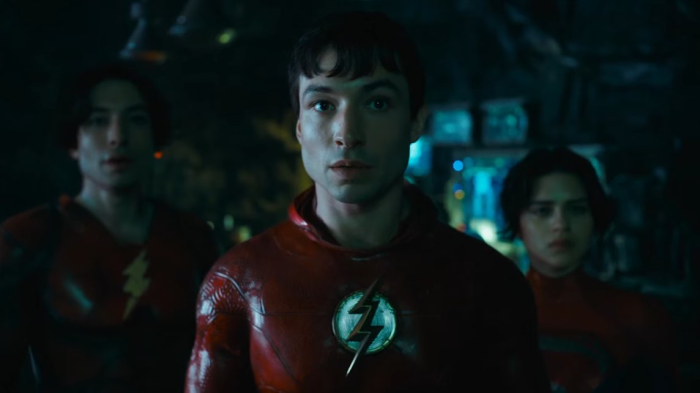 Right before the teaser ends with Barry pulling the sheets off of the 1989 Tim Burton version of the Batmobile and losing his sh-t when he actually sees it. The one that a lot of Batman fans grew up on, the one that looks incredibly cool, and the one that needed a whole damn grappling hook to make a left turn while racing down the streets of Gotham City with the speed of a golf cart.

The response to The Flash teaser footage was divided, especially over in (surprise, surprise) DCEU Twitter. There were those who were impressed and pleasantly surprised by what they saw. And there were those who not only thought the footage was crap, but also continued refusing to give this film any of their attention or their enthusiasm. Some of it is because they think the film is barely about its lead character, and is relying more on the presence of other characters like Michael Keaton as Batman, Ben Affleck as Batman, and Sasha Calle as Supergirl to make it a success, even though a solo film about The Flash should focus more on actually giving the spotlight to The Flash. Also because they view The Flash as nothing more than a reset button being used by Warner Bros./DC to do a soft reboot of the DCEU and erase nearly everything that director Zack Snyder established with his films Man Of Steel, Batman v. Superman, and Zack Snyder’s Justice League so that the studio can start all over again to their own satisfaction. (Which is also why a lot of people from DCEU Twitter tweeted the #RestoreTheSnyderVerse hashtag during all four hours of DC FanDome). The main reason why DCEU Twitter is talking sh-t about The Flash (so much so that they refer to it as The Flush) and constantly talking about how they will pirate it before they ever pay to see it in theaters:

Fisher, who played Victor Stone, a.k.a. Cyborg in Zack Snyder’s Justice League, was supposed to appear in The Flash as well. And not just as a cameo, but in a supporting role with plenty of screentime. (Fans even got to hear Victor’s name mentioned by Barry when Ezra Miller-as-The Flash actually meets Grant Gustin-as-The Flash during The CW’s Crisis On Infinite Earths crossover in 2020) But when Fisher clashed with DC Films president Walter Hamada over his interference in the investigation of what happened on set during the reshoots of Justice League with Joss Whedon as director, Fisher made it clear that despite his desire to continue playing Cyborg, he could not and would not appear in any other DCEU productions as long as Hamada refused to apologize for everything that he did, and was still in charge and calling the shots.

And Fisher recently let Warner Bros./DC and all of Twitter know that Pepperidge Farm remembers, and that he is still keeping his foot firmly planted on the studio’s necks until they finally get some Act-Right.

Walter Hamada still owes an apology to the participants of the Justice League investigation.

Hence why so many people in DCEU Twitter chose to also tweet the hashtag #IStandWithRayFisher instead of tweeting positively about The Flash or retweeting the trailer. Even Charisma Carpenter decided to once again show her support for Ray.

Whether you support the film or not, whether you stand with Ray Fisher or not, whether the merger with Discovery will lead to Warner Bros./DC once again becoming a somewhat pleasant work environment for its actors and directors, The Flash is scheduled to open in theaters November 4, 2022.