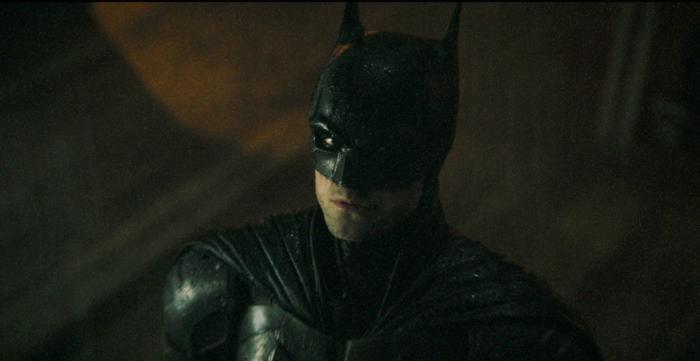 The Newest Trailer For 'The Batman' Is Here

The last time we got marketing for The Batman, director/co-writer Matt Reeves’ film about the newest version of the Caped Crusader in his second year of fighting crime in Gotham City, it was last August at the very first DC FanDome, back when we thought that the film would actually be released in theaters this year on October 1 after changing its original release date from June 25. Before that, we got a brief camera test/teaser that simply showed Robert Pattinson in his version of the Batsuit, which caused the Internet to have Daredevil flashbacks, and also start crafting their own theories, such as Batman melting down the gun that killed his parents and using it to create the Bat-emblem that is on his chest.

We got to see a moody and intense trailer that showed glimpses of The Riddler leaving bodies in his wake, Batman working alongside Jim Gordon and the Gotham City Police Department to investigate these crimes, Catwoman breaking into someone’s home to steal the contents of their safe, and The Penguin talking smack about Batman while driving away from him. All of it set to Nirvana’s “Something In The Way,” which was accused by the editor-in-chief of The Playlist as being yet another depressing, slowed-down cover of a popular song, until Reeves corrected him on Twitter and let him know that it was a remix, not a cover. (It was also the second time that day in which a critic felt the need to be overly snarky on Twitter about an upcoming DC film, only to have the director of said upcoming DC film call them out)

Yesterday at DC FanDome, Warner Bros. finally dropped a new trailer for The Batman. This one was as moody and intense as the first one, though we should really expect nothing less when it comes to The Dark Knight Detective.

We don’t see his face, but we do get more glimpses of The Riddler (Paul Dano) as he’s taken into police custody and leaves his calling card in his cup of coffee.

We finally see Andy Serkis as Alfred Pennyworth, as he sings the familiar song to Bruce Wayne about how dangerous his crusade as Batman can and will be.

If you liked seeing Robert Pattinson in full Goth emo mode with his long hair and black eye makeup (and yes, Roxana and Kayleigh, I’m looking at both of you), then you get much more to feast on here, as we get Bruce making it clear to Alfred that he doesn’t care about what happens to him as a result of his work as Batman.

We also get more of Zoë Kravitz as Selina Kyle, a.k.a. Catwoman, as we see her flirting with Batman when she’s not kicking people in the face, locking and loading her pistol so she can bust a cap in someone’s ass, and rocking a wig that makes her look like Natalie Portman in Closer. Zoë has come a long way ever since a racist dumbass in the casting department for The Dark Knight Rises told her that she was “too urban” to audition for a role in that film, and clearly, that same mistake wasn’t made here.

I can’t wait to see Zoë do her thing as Catwoman, but I will admit that like many others who follow Raina Morris (@quakerraina) on Twitter, I feel a slight tinge of disappointment that she wasn’t cast in the role instead:

And we get more footage of Colin Farrell as Oswald Cobblepot, a.k.a. The Penguin, as he talks even more smack about Batman, and sounding like a combination of Sonny from A Bronx Tale and Harvey Bullock while doing so. 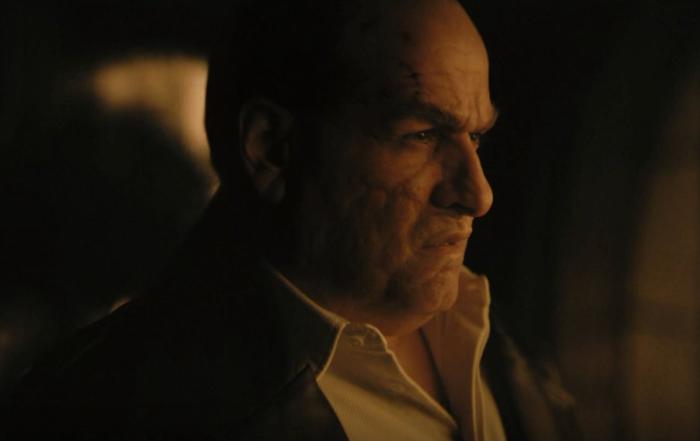 The trailer had all of social media talking, particularly Twitter, and most of the reactions were positive and enthusiastic.

If Greig Fraser doesn't get nominated for an Oscar for The Batman's cinematography, WE RlOT. 😤#TheBatman pic.twitter.com/vh9ydZrNJm

Holy fucknuggets, #TheBatman is gonna be something else. That trailer was a work of art. #DCFanDome pic.twitter.com/nqsmeVqTvK

Can’t wait to watch The Batman for the plot. pic.twitter.com/K0OKnGVGvP

#TheBatman but with the music from Twilight’s baseball scene. Your welcome! pic.twitter.com/sQfrfA2Die

Wow, thanks so much, man… that means a lot to me. @ZackSnyder https://t.co/jEtmMfob1q

Of course, there were some naysayers. Some people weren’t impressed with Reeves’ approach to making another Batman film that looked too dark, and seemed to be covering the same territory as Christopher Nolan’s Dark Knight trilogy. Others were still upset that Reeves and Pattinson got to make a solo Batman film, but Ben Affleck did not, despite the fact that a Batman film with Affleck didn’t happen because he decided to focus his time and attention on his family and his sobriety. And there were a few complaints about Warner Bros./DC refusing to show more love to other members of the Bat-Family, like Nightwing or Batgirl. (We do still have a Batgirl film to look forward to, with Leslie Grace as Barbara Gordon/Batgirl and J.K. Simmons reprising his role as Commissioner Gordon from Zack Snyder’s Justice League) But the trailer did what it was expected to do: it damn near broke the Internet, and it left a lot of people feeling like this after they finished watching it…