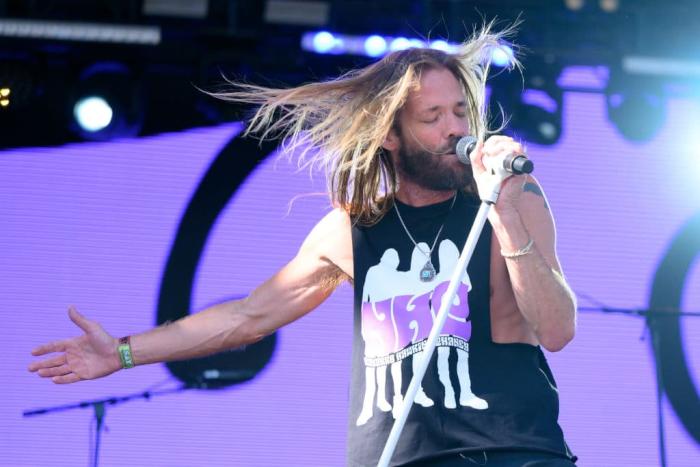 You Are Not Entitled to a Celebrity’s Death

Last week Taylor Hawkins, the drummer for the Foo Fighters, died at the age of 50. His passing was unexpected and inspired many of the biggest names in rock to offer their sympathies. Almost immediately, social media ran rampant with conspiracies regarding his passing. Many tried to attribute his death to either COVID-19 or the vaccine while others made, at the time, baseless speculations about drug use. This is depressingly common of course when it comes to the death of a public figure. Only recently, the unexpected death of Bob Saget inspired another round of callous and occasionally grotesque theorising. Again, the COVID vaccine was blamed and now there are even wholly fantastical claims that he may have been murdered. Watching this all unfold on sites like Twitter is bad enough. What makes the affair all the more disturbing is the way that the media has gotten involved, sharing images of the hotel room Saget died in as well as theories over the particular kind of drug combination that could have caused Hawkins to die. For every person online complaining about how sad and unfair and cruel the spectacle is, there are ten more silently clicking the link and leering over it.

There is something about the death of a celebrity that inspires incredible voyeuristic tendencies in humanity. I have lost count of the number of times I have been hopping through the channels and stumbled upon a pseudo-documentary dedicated to nit-picking the final days of a famous person who died under tragic circumstances. In the UK, there was even a series called Celebrity Autopsy and, yes, they often shared real images of the people involved. It’s not that this is necessarily all that surprising. Hell, it’s not even a recent phenomenon. Kenneth Anger wrote the infamous gossip collection Hollywood Babylon, which contains multiple images of dead bodies, in the 1960s. Consider the website findadeath.com, which offers detailed and snarky commentary on the passings of figures as varied as Chris Farley, Judy Garland, and members of the Brady Bunch, many of which are accompanied by photographs of crime scenes. I remember Googling River Phoenix once and the first image that appeared was of his body in his casket. That image exists because a photographer broke into the funeral home where Phoenix was being kept, rearranged his body, then sold the images for $5000. So, if you were wondering what the price was for a man’s death, that’s a pretty good indication of his worth.

I can’t blame humanity for being obsessed with death. It’s not like I am exempt from that fascination. I’ve always been that kid who read graphic novels and cared a little bit too much about celebrities. I’ve even made it my living. If celebrities and pop culture are the vessels we use to explore our own contemporary concerns and ideas, it only makes sense that the passing of someone famous would inspire us to delve deeper into our own fears about death, as well as our more salacious tendencies.

The universality of death should be a binding force for humanity, but I don’t really think it is. When someone famous dies it elicits the kinds of feelings that we all have about death, but it’s hard to deny the sneering edge to many of those conversations. There’s something about a celebrity dying that makes us feel like we have free reign over that individual, perhaps even more than we did in life. The supposed public ownership of celebrity is unleashed in its most primal form when it comes to the posthumous. We share vague platitudes about honouring the dead, but that doesn’t stop the sheer industrial complex that has been created from their passing. Even celebrities who weren’t major media figures in their lives suddenly become the most precious of tabloid fodder, such as Philip Seymour Hoffman. Claims of decency are almost instantly thrown out the window. When Michael Jackson died, the British gossip magazine OK! put images of him dying on their cover as a supposed memorial to the star. Death is something we’ll all experience, but for most people, we don’t have to fear that when that time comes we’ll become objects for the public to metaphorically tear apart. The majority of us don’t have to worry that, when we die, someone will sell pictures of our corpse to a tabloid.

We appropriate celebrities all the time regardless of how tasteful or accurate it is to do so. Death has always been an instance for us to weaponize such figures for our own reasons. The passing of Heath Ledger continues to be used as an inaccurate and tasteless example of how so-called method acting is an artistically worthy if mentally destructive force. The murder of Sharon Tate and her unborn son still represents the spectre of the ultimate Hollywood boogeyman. When Amy Winehouse died, I remember hearing from more than one person, mere days after she passed, that she was the ultimate example of why one shouldn’t use drugs. We are so obsessed with the image of a celebrity dying young and tragically that we even gave it a nickname, the 27 Club. You can literally go to Las Vegas and see a tribute act with that name. It’s easier to categorise the complexities of human life in a neatly labeled box after death.

The clickbait industry that has turned celebrity deaths into an easily monetizable form may claim that what they do is journalism. They are simply offering answers that the public wants. It’s in their interest we are told. There’s a sliver of truth to this. People do want to know the worst recesses of humanity. We always have. It’s the ultimate trainwreck we can’t look away from. It’s the ultimate tool of demystification. What blunter a way to prove that the superstars are indeed human than through death? While I was writing this piece, I barely avoided a video on Twitter of a child plunging to their death from a theme park ride. What used to populate the dark web as the greatest taboo is merely viral content now. It barely raises an eyebrow.

So, it really shouldn’t shock us when we see a celebrity’s passing become fuel for a wildly conspiratorial fire. After all, this is the age of QAnon and anti-vax hysteria. Yet it never stops being shocking. It never stops disgusting us and neither should it. The cycle, however, is exhausting. I fully dread the weary inevitability of casually browsing social media only to stumble across a tweet of a corpse, accompanied by feverish ranting over the ‘truth.’ Every time footage of another Black person being killed by the police went viral, we heard justification for its spread that we needed to see these images. We needed to be reminded of this brutality. But at what point does viewing that go from being a societal necessity to pure fetish?

Such things aren’t just viral content now: they’re iconography. Kanye West paid $85,000 to licence an image of Whitney Houston’s bathroom, full of drug-related paraphernalia, for an album cover for Pusha T. The estates of late singers like Amy Winehouse and Tupac are cashing in with hologram tours, enshrining charismatic and often troubled stars in computerized light with actions that are dictated to be as likable as possible to paying audiences.

I think we’ve run out of lessons to be learned when it comes to the virality of a dead body. Nor do I think that their endless excuses for the consistent objectification of dead individuals of any kind but especially celebrities make sense anymore. What do we have to gain from picking over the final hours of Taylor Hawkins’ life? Who benefits from spreading anti-vax or even murder conspiracies about the likes of Bob Saget? Do we even hope to get something from it or are we all just happy to admit that we gawk for its own sake?

← Twitter Users Ponder Films That Received Zero Oscar Nominations That Should Have Won Best Picture | Hulu's 'Girl from Plainville' Has Nothing New to Say, but It Says It Well →