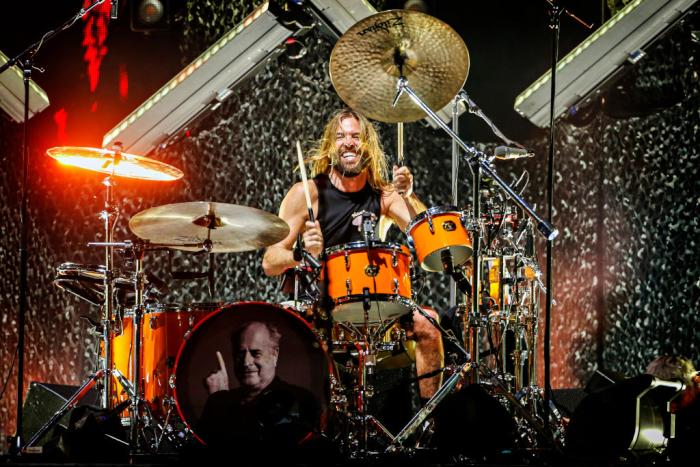 Taylor Hawkins, drummer for the Foo Fighters since 1997, unexpectedly passed away on Friday during the band’s South American tour. His death occurred hours before the band was to play in Bogota, and the show was quickly canceled and the stage covered in lit candles. Details are sparse. Hawkins was only 50 years old and leaves behind his wife Alison and their 3 children. 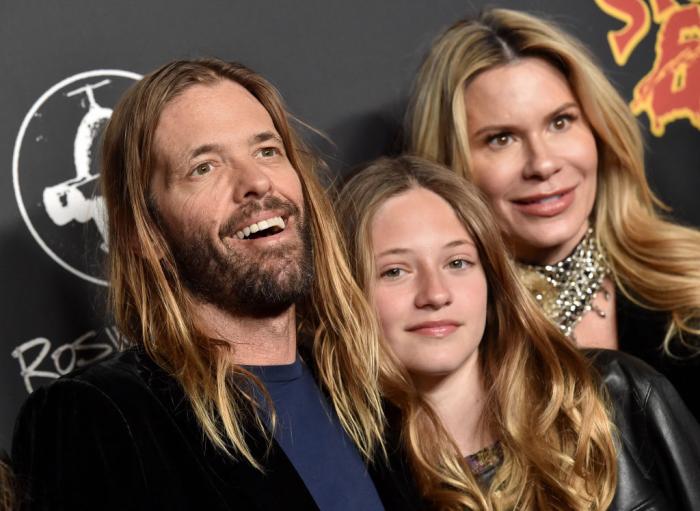 Originally a drummer touring with Alanis Morissette, Hawkins joined the Foo Fighters in 1997 soon after meeting Dave Grohl backstage at an Alanis concert. William Goldsmith left the band shortly after, and Hawkins immediately accepted Grohl’s offer to take his place. He first appeared with the Foo Fighters in the 1997 music video for “Everlong,” the band’s most popular hit. They went on to record 8 studio albums and an EP together, and Hawkins also recorded 3 albums for his own group, Taylor Hawkins and the Coattail Riders. The band also recently released their comedy-horror movie, Studio 666.

It’s impossible to overestimate the Foo Fighters’ influence on the rock scene, and Hawkins’ infectious enthusiasm was a major draw in the band’s performances. Artists and music lovers swiftly reacted with shock and grief overnight.

God bless you Taylor Hawkins. I loved your spirit and your unstoppable rock power. Rest In Peace my friend. pic.twitter.com/AkiRLF2L3e

Taylor Hawkins might’ve been the only drummer alive who could support Dave Grohl and not make you wish Grohl was sitting behind the kit.

What a devastating loss. RIP pic.twitter.com/Et0Bav5eVs

So incredibly sad to hear of the passing of Taylor Hawkins. My thoughts are with his family and the band at this time. pic.twitter.com/wueydCu5gw

I like to think Hawkins would get a laugh that Mick Jagger is still around to comment on his passing.

Hawkins was a musical powerhouse, one of the most entertaining and inspiring drummers still playing live. Even as interest in rock music declined, the Foo Fighters continued selling out arenas and attracting new fans. 25 years into his career with the band, Hawkins still played with the exuberance of youth. He also co-wrote a number of the band’s biggest hits, including “All My Life” and “Learn to Fly.” He clearly loved performing and making music, and it earned him no fewer than 12 Grammys and the band’s recent induction into The Rock & Roll Hall of Fame the first year they were eligible.

I never had the pleasure of seeing Hawkins perform in person. The Foo Fighters put on an incredible performance — never forget when Dave Grohl broke his leg mid-show and continued to rock — but I’m not one for stadium crowds. But as my music tastes moved away from my parents’ love of country music and classic rock, the Foo Fighters were an important part of that journey. They inspired me to branch out and listen to new genres and artists. They were a reliable source of summer rock, music for drinking beer, and barbecues. They made me happy. Hawkins’ power on the drums was an uncut shot of adrenaline to the bloodstream.

When I lost my grandfather in 2002, I was devastated. Still am. He was the best man I ever knew and more of a second father than anything more distant. A few days after his passing, when I was still numb with grief, “My Hero” came on. I lost it. I can’t even remember where I was any longer but I remember hearing Grohl’s unmistakable first beats and breaking down. “My Hero” helped me deal with an overwhelming sorrow I thought would never pass. I still can’t hear it without choking up. Though it’s not Hawkins on drums for The Colour and the Shape’s recording, he’s performed it many times since and it’s as affecting each time as when Grohl first laid the track.

Taylor Hawkins joins a long list of artists lost before their time. We mourn, and we are grateful for the music he left behind.


← HBO's 'Minx': A Surprising Amount of Heart For This Sexy Series | 'Atlanta' Recap, 'Sinterklaas Is Coming To Town' →