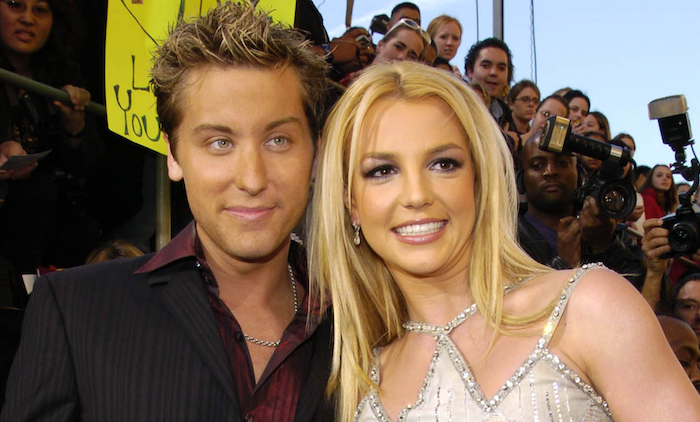 Friends, let those among us who have never married our childhood friends in an ill-advised night in Vegas cast the first stone. Or don’t, because I don’t know, people are out there living their lives, man. Let them follow the beat of their own drum.

Anyway, here comes my favorite headline of the day, courtesy of People.com, because sometimes we do get to have nice things: Lance Bass Says He Came Out to Britney Spears on Her Wedding Night to Make Her Stop Crying.

Yes, that headline is exactly what you think it is. Two years before Lance Bass came out to the world, he came out to Britney Spears to cheer her up after she was crying a lot because she had married her childhood friend Jason Alexander (insert timely Seinfeld joke here) in a flight of fancy and mercurial whimsy, and yes, probably alcohol but I wasn’t there so I can’t be sure. I can’t be sure about the other descriptive words, either, but who has a thesaurus and wants to take precious time out of their day to ensure I’m using words that could be in the ballpark to describe the situation? I thought so.

I’ll let someone who was there, describe what happened. (Yes, I’m talking about Lance Bass, who relayed the story on Watch What Happens Live but was reported and transcribed via People, because we’re in a vacuous Inception-type of thing here and I urge you to just go with it.)

“It was the night that she got married the first time in Vegas to Jason. So I went up to Vegas to kind of see the craziness that was happening. And she was a little upset once she realized what she had done because, you know, it was a funny thing,” Bass said of Spears’ first marriage, which was annulled just 55 hours later.

“And then she started, like, really crying and, like, she was so upset. And so I took her to her room and we were sitting on her bed and she wouldn’t stop crying, so I was like, ‘I’m gay,’” Bass continued. “And it made her stop crying… She chuckled.”

If you don’t believe the transcription, you can watch the clip where he divulged the entire story, to verify the veracity, below:

What’s the lesson here? I mean, to me it’s pretty obvious. It’s that the next time a friend of yours is crying a lot you should just tell them a fact about Lance Bass and see if it helps the situation. It can’t hurt, right? Unless the reason they’re crying is that Lance Bass was mean to them, but if that’s the case, you’re probably dealing with Justin Timberlake, so just softly sing “Cry Me A River” (a song supposedly about Britney Spears) and then this whole thing will come full circle, and you can eat your Cheetos in peace once more. That’s how friendships work, right?

← Keith Urban Has a Song About Having Sex With Nicole Kidman | Colin Jost Spent $400K on ScarJo's Engagement Ring, and Captain Kangaroo Was a Jackass →