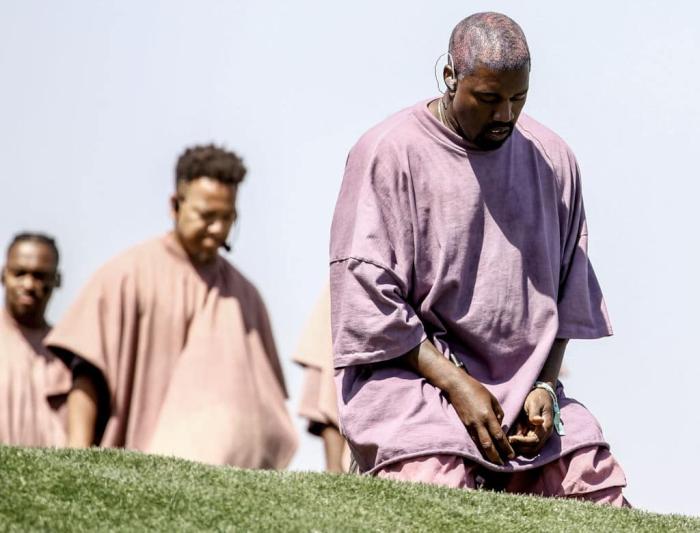 Honestly, in the grand scheme of things I imagined West doing throughout his long and, ahem, divisive career, an opera is not all that surprising. It’s the exact kind of grandeur he loves to play around with and he’s an art school kid with a love for bombast. Still, it’s not all that common to hear mainstream musicians outside of the classical scene announce they’ve written a bona fide opera. West took to Twitter to reveal his latest project.

Nebuchadnezzar takes its name from the Babylonian king who reigned from 605 BC to 562 BC. He was the longest-reigning and most powerful monarch of the Neo-Babylonian Empire and is a pretty major figure in the Old Testament. He’s remembered as the one who destroyed Solomon’s temple. In the Bible, he’s portrayed as the King who Daniel predicts will go mad, although historians and scholars believe this account is more fiction than the truth. In reality, he was the leader of various military campaigns, including the Siege of Jerusalem.

It’s not hard to understand what Kanye sees in him. Last month, before he dropped his newest album, Jesus is King, he spoke to Zane Lowe on Apple Music and mentioned Nebuchadnezzar:

[God] is saying, Let me take this Nebuchadnezzar-type character—Nebuchadnezzar was the king of Babylon, and he looked at his entire kingdom and said, I did this. I stood on the top of the mountain talking about Yeezus, saying, ‘I’m a God’—I had a guy dressed as Jesus.

I must admit, I’m intrigued to see if this is an actual full-on classical opera or if West is just calling his latest show an opera. His not-at-all cultish Sunday Service is part of the show, as is Vanessa Beecroft, the Italian performance artist who has been a regular collaborator of West’s (she’s also super messy in her own right.)

The opera will take place this Sunday at the Hollywood Bowl. Well, Kanye certainly knows how to keep eyes on him at all times, for better or worse.

← On a Momentous 'Survivor' Episode, The Game Reflected Reality In All the Worst Ways | Twitter Reacts to Obama Cautioning Democrats Against Going 'Too Far Left' →