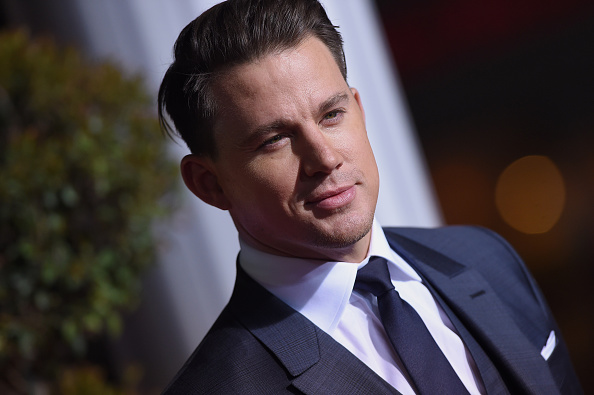 Where Has Channing Tatum Been? And Is He Dating Zoë Kravitz Now?

Channing Tatum was such an omnipresent figure in Hollywood for so long — from 2006 until 2017, he was everywhere — that we can actually feel his absence from the scene. Hollywood tilts slightly to the left without him. I mean, he’s not gone gone, but certainly he’s faded into the background. He did Kingsman: The Golden Circle and the must-see Logan Lucky in 2017, but in the four years since, he’s only provided voice work for three movies, made one uncredited cameo appearance, and appeared in a Pink music video. That’s it.

He is, however, jumping headfirst back into the pool. He’s starring in a movie called Dog, a road-trip comedy he’s also co-directing with his long-time creative partner, Reid Carolin, the latter of whom also wrote the film. The logline suggests that Dog could be either very good or very bad. From Deadline:

Tatum will play Army Ranger Briggs who, alongside his companion Lulu — a Belgian Malinois — haul ass down the Pacific Coast in time to catch their best friend’s - and handler’s - funeral. One of them has a week to live, the other lives like every day is his last. Together, they’ll drive each other insane, break a small handful of laws, narrowly evade death at the hands of some overly aggressive pot farmers, confront the possibility that pet psychics are real, teach each other how to love again, and give each other a chance for new life.

It’s only in the announcement stage, but he will also star with his pal Joseph Gordon-Levitt — who will also direct — in Wingman, described as an R-rated musical comedy about the misadventures of two pilots (I guess this is in lieu of Guys and Dolls). JGL, meanwhile, also took a few years off, in his case to take care of his kids.

Tatum will also star in the forthcoming Lost City of D, about a reclusive romance novelist on a book tour with her cover model who gets swept up in a kidnapping attempt that lands them both in a cutthroat jungle adventure. And get a load of this cast: Channing Tatum, Sandra Bullock, Brad Pitt, and Daniel Radcliffe. Wow.

Not only will he be starring in Lost City of D, but he’ll also star in Pussy Island, a thriller from director Zoë Kravitz, who also co-wrote the film. (She’s also playing Catwoman alongside Robert Pattinson in Matt Reeves’ The Batman). In Pussy Island, Tatum will play a tech mogul. Kravitz wrote the part with him in mind, because she had the sense he was a “true feminist.” She also told him at their first meeting to stop wearing Crocs, which also led to this exchange (via Deadline):

“When someone can just come out and tell me I should not be wearing Crocs, and is so adamant about it, she completely convinced me and I never wear Crocs anymore,” Tatum said.
“I was just trying to be a good friend, Chan,” she said.
“I get it, but I totally loved Crocs for a hot second, and in one hang she was like, you can’t ever do that again. And I said, ‘OK, fine.’ “
Said Kravitz: “Just to be clear, there are people out there who can pull off the Crocs thing; I just wasn’t sure you were one of them.”

That’s the kind of flirty banter that might lead to a relationship. In fact, though the two deny they are dating, they are certainly spending time with each other. On a bike.

That looks pretty intimate to me. Kravitz and Tatum are otherwise single, having separated from their respective partners last year (for Kravitz, it was a divorce from Karl Glusman, while Tatum broke up with girlfriend Jesse J.). And, as you can see from the pics, Tatum is not wearing Crocs. Also, those two make weirdly perfect sense.