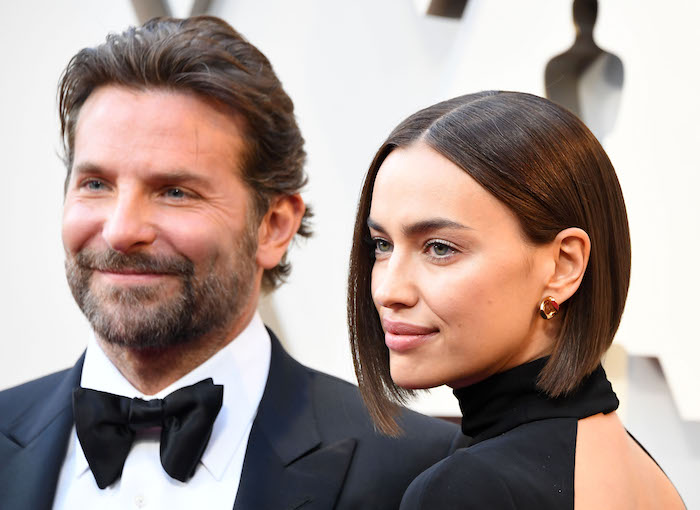 What’s Irina Shayk Saying by Not Saying Anything About Bradley Cooper (and Lady Gaga)?

Man, sometimes the headlines just write themselves, don’t they? And other times? Other times I write them, so you’re welcome for that.

Today we’re here to discuss Irina Shayk’s interview with Harper’s Bazaar, and what it all means that she won’t comment on Bradley Cooper nor his rumored and not-totally-manufactured-will-they-won’t-they “relationship” with Lady Gaga. In other words, it’s Thursday, friends.

Here is what happened, from the original source, Harper’s Bazaar, when the author of the article tried to follow up on her interview, post news of the Cooper-Shayk break up.

[…] the official response from one of her modeling agents was unceremonious: “Irina didn’t comment on her personal life before, nor will she ‘address recent developments’ now.”

So, not a lot. But as you know, the story is what isn’t being said, not what is.

If you’re left scratching your head here, wondering where to go next, don’t worry, I’m here. It’s all in the preceding section in the Bazaar piece, below where the above quote came from. Hiding in plain sight.

Oh, and she loves tomatoes. “Every time people send me flowers, I’m like, just send me a tomato plant!”

Now we know exactly what we’re dealing with.

Is it starting to make sense?

Let’s say you get mixed up with the wrong kind of “person.” Maybe they’re not a person at all. Maybe they’re an ancient spirit, demon, or what have you, in a human form that they took over sometime in the 1990s in order to pursue a career in the pictures. They have hopes and aspirations, too, after all. Primarily to co-star in All About Steve. Now, let’s say (hypothetically) your contract, sorry, relationship with said entity is finally over. They appear to be moving on. Maybe the entity has even left its human host (fingers crossed) and now it’s your turn too. Would you talk about them? Or would you want to ward them off, on the off chance it would invoke their chaos realm once more in case they’re sticking around?

You’d get as many tomato plants as possible and move on with your life. Right?

Then, you’d never comment on your personal life, ever, and claim privacy and never let the true reason for your silence show through.

What do you think is more plausible? The reasoning above, or a celebrity who enjoys their privacy?

← YA Book Club: Anonymous' 'Go Ask Alice' | It's Megan Rapinoe's World, Ben Shapiro, And You're Just Living In It →