This morning, after Chet Hanks released a video on Instagram updating us on Tom Hanks and Rita Wilson, the Internet — to mock Chet — brought back this cringe-y, embarrassing clip from Meet Joe Black.

Tom Hanks and Rita Wilson: we have coronavirus.

After I pulled my ear away from shoulder, my first thought was, “Hey! It’s Claire Forlani! What happened to her?” I remember her from Mallrats and The Rock (she played Sean Connery’s daughter), and Meet Joe Black and … then, well, kind of nothing else. Maybe she was scapegoated for the failure of Meet Joe Black and blackballed?

Not exactly. In fact, she continues to get steady work, much of it on CBS. In fact, she should have probably been on the list I wrote several weeks ago, “They’re Not Dead! They’re on CBS: 13 Actors You May Not Realize Are Series Regulars on CBS Dramas.” 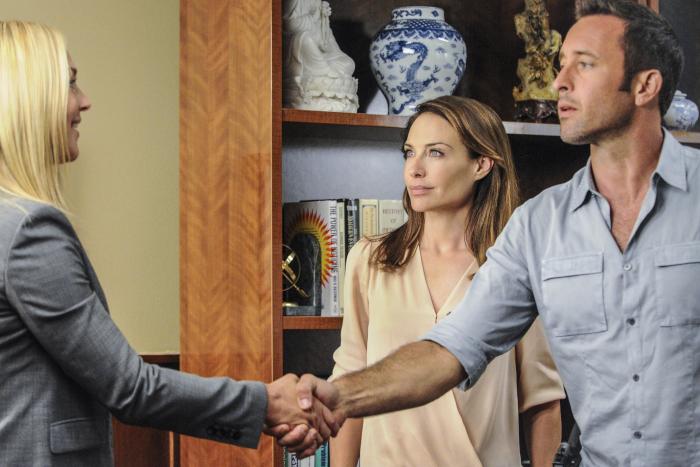 In addition to CBS work, Forlani has a number of Direct-to-VOD films in her filmography; a Jason Statham film In the Name of the King, that should have been Direct-to-VOD; and fairly steady television work. She played Arthur’s mother in Starz’ Camelot and an interesting looking British-Canadian series called Departure with Archie Panjabi and Christopher Plummer.

One other thing I didn’t realize: She’s married to Dougray Scott, the man who was nearly Wolverine. She’s also apparently known for a series of sexy DeWar’s ads.