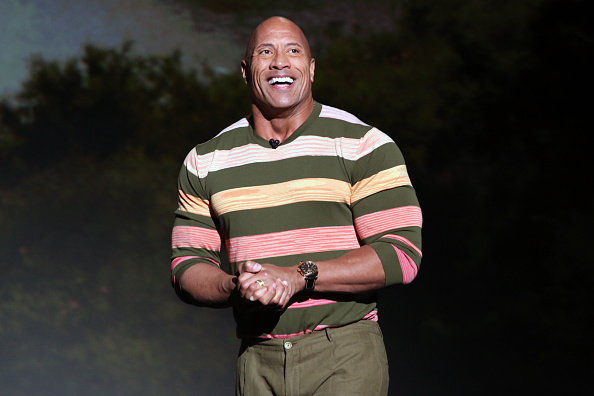 What Is Adrenochrome, and How Is It Related to QAnon and Dwayne Johnson?

We have spoken about the QAnon conspiracy theories a number of times — including a post about the likely identity of Q — but here’s a quick refresher: Those who follow Q believe that that a cabal of Satan-worshiping pedophiles is running a global child sex-trafficking ring and plotting against President Donald Trump. The Satan worshiping pedophiles are all Democrats and Hollywood celebrities.

What we have not discussed with any detail is why Democrats and Hollywood elites are running a global child sex-trafficking ring. The QAnon folks often cite an accurate statistic — 800,000 kids are reporting missing every year — but what they don’t say is that over 99 percent of those children are found and returned to their homes safely. Instead, they have this idea that 800,000 children disappear every year, and that the elites are covering it up.

But why would these Hollywood elites need 800,000 children a year? This is the real motivation, according to QAnon supporters. See, the elites steal children for their Adrenochrome. Adrenochrome is a compound made from oxidized adrenaline that can actually be purchased legally (it’s not approved by the FDA in the United States, but it is used in some other countries for blood clotting). QAnon believes that Hollywood elites maintain their youthful appearance not by eating healthy and exercising, but by consuming the Adrenochrome from children. Adrenochrome as an illicit substance was written about by Hunter Thompson in Fear and Loathing in Las Vegas, and referenced again in a scene in the Johnny Depp movie.

The comments on that clip all reference the QAnon conspiracy theory. Here’s the first three:

They put the truth right in front of our faces to mock us.

I would bet that the “pure adrenochrome industry” and the disappearance of about 400,000 children a year, are connected.

This drug is what the movie monster’s inc. was based off. Just another mockery.

The third comment, a reference to Monsters, Inc, is super wild. Supporters of QAnon believe that the more violently a child is murdered, the more Adrenochrome is produced. It uses the same principle as in Monsters, Inc, wherein the Monsters fuel their world with the screams of children. Hollywood elites, meanwhile, maintain their youth and beauty with the Adrenochrome produced by the violent murder of babies.

So, in their view, fiction is no longer fiction. It’s the “truth right in front of our faces.” Take, for instance, this promotional pic from American Horror Story.

To a believer in QAnon, that’s an “Easter egg,” a nod toward the true nature of the Hollywood elites, and Lady Gaga is just rubbing our faces in her illegal, amoral activities. Elsewhere, remember when Dwayne Johnson got COVID-19? Nope. That wasn’t COVID. He was out of commission for a few days because he was busy consuming Adrenochrome from babies.

Tom Hanks, likewise, didn’t get the Coronavirus. He was under house arrest for child sex trafficking involving a ring operated by Oprah. Remember that? That was related to QAnon. Why did Jimmy Kimmel really take a break this summer? It’s either because the FBI was closing in on him, or it was so that he could spend the summer drinking Adrenochrome cocktails.

It’s right in front of your faces, people. Open your eyes!