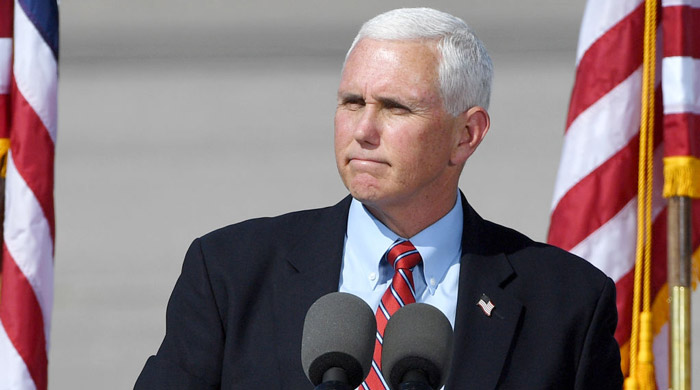 Last night, Dustin posted in Trumpdates about how Deadline had published a story reporting Vice President Mike Pence had been diagnosed with COVID. However, Deadline’s sloppy headline suggested something was amiss. Here’s a screenshot, snapped last night:

Ummmm this tweet was quickly deleted. What is going on? pic.twitter.com/Ep2PLnKqou

And to think these idiots originally objected to putting up a protective barrier between him and @KamalaHarris https://t.co/34zDgFVy0j

“Just save it in Drafts.”

“I KNOW WHAT THE FUCK I’M DOING GET OFF MY BAC — whoops.” pic.twitter.com/H3mNxciJ1R

Our grandchildren will ask us where we were when the possible news pre-broke pic.twitter.com/nY3gFROIWj

After a flood of reactions, Deadline rectified the error, deleting both the post and tweet while offering a public apology.

Apologies to the Vice President and our readers

Deadline did not explain how such a mistake had been made. However, popular speculation is that the post was prepped to be on top of the news if such a story broke. This might sound ghoulish, but it’s a practice often employed at major outlets for things like obituaries or even presumed Comic-Con announcements. The idea is to give your site the edge on breaking news by having most of the article prepped so you can just tweak some details and BOOM: EXCLUSIVE TOLDJA! DEADLINE IS THE BEST.

Once the retraction was posted, Twitter turned to the inside baseball of dunking on Deadline.

Kids, there's no way Deadline has inside info. They're just hedging their bets with a pre-write that they managed to accidentally publish.

The first time Deadline publishes something uncopied from a press release and now they have to take it back… https://t.co/VEeWQfdC0q

There was also a contingent that decided this mistake was proof of the Fake News Liberal Media, yadda yadda yadda.

Deadline publishes fake news about Mike Pence testing positive for COVID.
Deletes it explaining "they never meant to publish it"
Which is even more disturbing because it means that the media commissions fake news pieces that are disinformational by design. https://t.co/cdbXEcG2z8

Hey Deadline — your excuse is not acceptable. Answer this, why did you write a draft story alleging VP Mike Pence tested positive in the first place? Your writers aren't good enough to write news as it actually happens? https://t.co/KVx509Plh6
Disgusting.

So either deadline is lying or literally practicing fake news. https://t.co/6Wv1ZF2NNP

I’d wager these folks don’t actually read Deadline. Because 1) it is chiefly an entertainment site, not a political coverage site. 2) As outlined above, pre-writing possible news posts is an industry-wide standard and the headline with “PREP. DO NOT PUBLISH” suggests this was that. 3) Deadline is hardly a haven for progressive thought.

Let us not forget they’ve used their platform to give Michael Douglas a place to pre-emptively squash harassment allegations, with a post that suggested the Me Too movement was going too far.

“After all,” Co-Editor-in-Chief Mike Fleming Jr. wrote, “Few of these stories have been accompanied by police reports, DNA evidence or criminal prosecutions.”

On alleged abuser Casey Affleck stepping down from his Oscar-presenting duties, Fleming wrote, “He was in a no-win situation, with all the attention surrounding the #MeToo movement. The specter of Affleck presenting would have created controversy.” Because the real victim of the abuse Affleck allegedly committed against female co-workers is Affleck himself? Deadline seems to think so.

I’m not linking to these pieces, as an ode to Deadline, which traditionally snatches stories from other outlets without crediting them. However, hilariously, they did LINK TO THEMSELVES in their Pence apology post.

All this is to say, Deadline is not a part of the Resistance. They are an entertainment news outlet dedicated to keeping their network of sources comfortable and those studio ad dollars coming. Their mistake last night did not expose some Fake News conspiracy, it exposed a common practice of predictive drafting. Meanwhile, the president actually does have COVID-19 and is posting clearly manipulated videos on Twitter. But by all means, Trump stumpers, turn your attention to this lame non-mystery.

Back on Twitter, users enjoyed some levity, turning “PREP. DO NOT PUBLISH UNTIL THE NEWS CROSSES” into a meme.

PREP. DO NOT PUBLISH UNTIL THE NEWS CROSSES. Travis Helwig calling himself an Emmy-winner is right, everyone agrees Daytime Emmys are just as good as Primetime Emmys.

PREP. DO NOT PUBLISH UNTIL THE NEWS CROSSES. James Urbaniak has won Oscar

PREP. DO NOT PUBLISH UNTIL THE NEWS CROSSES. Isabelle Huppert to star in Barry Jenkins’ upcoming film. pic.twitter.com/sD0vo1VNMT

PREP. DO NOT PUBLISH UNTIL THE NEWS CROSSES.

PREP DO NOT PUBLISH UNTIL THE NEWS CROSSES: Twitter takes a deep breath and doesn’t latch on to every crazy conspiracy theory it runs across.


← A Grand Jury In Texas Indicts Netflix Over 'Cuties' | What Is Adrenochrome, and How Is It Related to QAnon and Dwayne Johnson? →