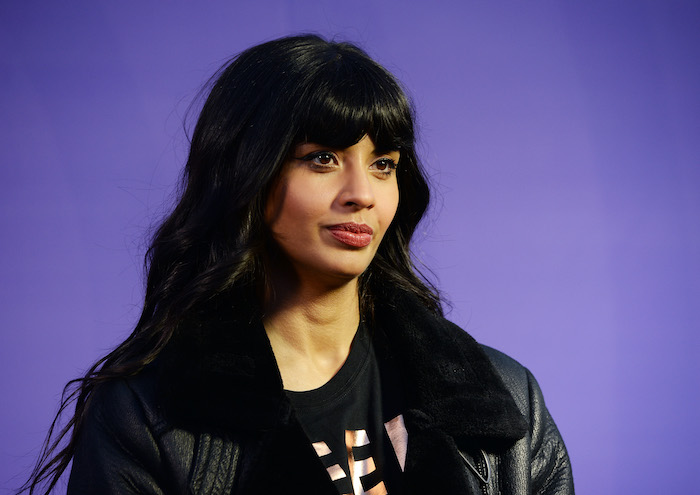 Friends, let me get this out of the way, first: there is a ton of shit being slung at Jameela Jamil right now, and personally, I don’t think a lot of it is warranted.

In case you missed it, the long and short of it is that a journalist started Instagramming about Jamil last week, putting together a case on her social media (and Patreon) that Jamil had Munchausen’s. Munchausen’s, if you’re not familiar, is a legitimate medical disorder where a patient acts as if they have a physical or mental illness when they are not sick.

I’ve found the discourse around this completely gross, because you have two options, here:

1) Jamil really has been as sick as she’s publicly talked about, and you’re gaslighting the f*ck out of her, telling her that her reality and lived experience is fake.

2) Jamil does have Munchausen’s and you’re publicly sharing the details of an illness which needs to be treated with care, by trained medical professionals, and not litigated in the public court of Twitter.

Both are f*cking gross, and yes, I’m being a bit generalizing, there are other options, like the spy option (Jamil’s interviews are codes for secret agents out there, and not meant to be taken literally by us non-secret agents) but unfortunately, I don’t think some light-hearted shenanigans are going on, here.

A few days before this medical history bullshit was brought to life, Jamil was eviscerated online for taking a judging job on a Ballroom Show, because she is not a part of the Ballroom culture. It is absolutely fair feedback to voice displeasure with the casting of a show with people who are not a part of that culture who are supposed to judge a cultural performance. My issue is the amount of shit that got slung her way, specifically, and the way that displeasure was voiced to her.

Friends, I’m not here to pass judgement on Jamil’s career choices, or what she says in interviews. I don’t care about her medical history because it’s none of my business.

What I do care about is the pile-on that happens to her regularly. I don’t think it’s fair, and I also don’t think she should have to diminish herself and lock down her thoughts because of the amount of shit that gets slung her way—and make no mistake, she’s a woman with brown skin who has a voice on the internet. She’s getting shit on plenty.

One of the first things I was told when I started writing for Pajiba was to the effect “we have great commenters, but don’t read the comments.” Friends—I read the comments more often than not. I read them because I find what’s said here funny, even if it’s a burn against me. I also read comments for the burns, and the feedback in general because I’m one person, writing these articles in my pjs on my couch, sucking down a Diet Coke, and I get things wrong from time to time. I’m human, it happens! We’re all human here (presumably, although yes, I do see those porn bots post, too.) So is Jameela Jamil. She’s going to get things wrong. Take jobs she maybe shouldn’t. She’s going to say bone-headed things, get feedback, and then hopefully grow from the feedback. We all will say things that may not be the best, although the vast majority of us will not say it on an international platform like Jamil, which only amplifies the feedback.

My issue with this whole thing is the way in which feedback is given to her, and the constant, never-ending onslaught of it that I see directed her way on Twitter. I’m sure it’s the same across all of her social media accounts, which is why she’s turned her Twitter to private for the time being. (It wasn’t private yesterday because I read her rebuttal to one of the claims against her.)

I f*cking hate that she’s had to make herself smaller in order to stop the constant barrage of shit against her, just to protect her own mental and emotional well-being. There’s feedback and then there’s a bunch of people calling you a liar and making you relitigate your own health for their entertainment, and I don’t get it. What is the point of all of it? Why does any of it matter? She’s not running for office or looking for a job where her medical history would be pertinent. I don’t see how this is newsworthy. It seems unnecessarily cruel to me and putting her in the position of either sharing personal medical details, or being branded with a diagnosis only a medical professional can ethically make.

There is another component, here—I write for Pajiba. I am a part of that amplified feedback loop. It’s something I think about frequently when I write up celebrity news/gossip. “Am I putting more negative shit out in the world, unnecessarily?” It’s hard to recognize your own biases—in the stories you choose to write about, how you write about it, and whether you choose to shit on the subject or not. I think of myself as a funny asshole but sometimes I’ve not towed that line properly, and I just come off like an asshole. It’s hard! I know that I don’t consider myself a mean-spirited person, but I have the benefit of knowing myself for 35+ years and the knowledge that my dog thinks I’m good people. People who read what I put out on this site, on my own social media posts, and what I carve into the bathroom stalls at the airport Chili’s only have the evidence I present to them via my own words. I don’t get it right all of the time. I don’t say that to be glib or absolve myself of the responsibility. It’s something I think about constantly and is a large part of why I source the vast majority of my news from People.com because what’s on that site is going to be sanitized and more than likely, approved by the subject’s management, which in my mind, mitigates the chance that I’m just shitting on someone for the sake of clicks and a dumb joke I thought up. I mean, my personal motto is the Illuminati is everywhere, so take the sanitized news and contextualize it with the hidden meaning behind it, like mole people and robot uprisings. The truth is out there, people.

I’m not saying Jameela Jamil, or anyone, should be above reproach. No one is. There is, however, a way to give feedback that doesn’t result in an un-ending pile of name calling and accusations. I am also saying that when someone’s getting their head kicked in, constantly, we don’t have to keep doing it or drag up things they’ve said in the past to show that they’re either a liar, or very ill because let’s be honest—who f*cking cares? Her health, and the subsequent discourse around it is just entertainment for people and clicks for sites because none of us have a stake in Jameela Jamil’s health but Jameela Jamil and her loved ones.

The way in which we deliver feedback, especially when we’re anonymous behind our screens can be very damaging to the recipient. You can only be told you’re a she-beast from hell so many times before you have to step away, hug your dog, and get a breather from the situation. I think it really sucks that it’s gotten to that point, and I hope that when she returns to the fray, that the pile on doesn’t continue. Jameela Jamil owes us nothing, but we owe it to everyone to try to be a bit kinder in our interactions, and keep our mouths shut if we have nothing to add to the discourse other than cruelty and hate.