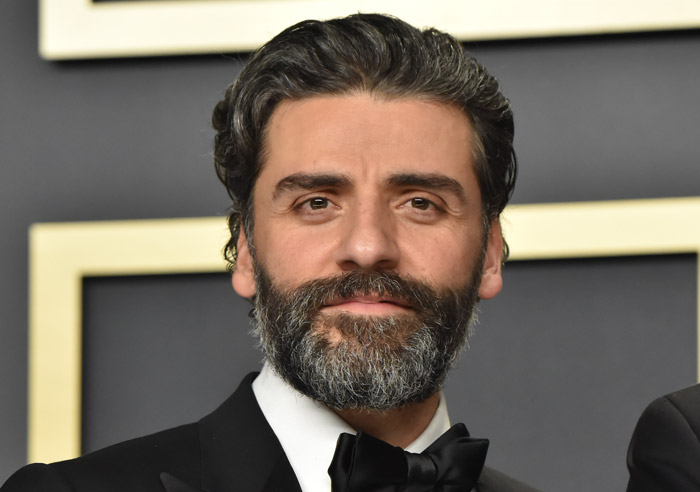 Twitter Reacts To Oscar Isaac As A Real Motherf*cker

Just last week, Oscar Isaac drove us wild by bringing live theater in our homes as a hot spanking thirst trap. Now, he’s back because he has no mercy and thank godtapus for that.

Last night, Isaac joined Frances McDormand, John Turturro, Jeffrey Wright, Frankie Faison, David Strathairn, and NYC Public Advocate Jumaane Williams in a Zoomed live-reading of The Oedipus Project. This production from Theater of War had the cast perform scenes from Sophocles’ Oedipus the King. The company’s goal was not only to entertain but also to provide a catalyst for cathartic conversations about the difficult times we are living through right now.

Sophocles’ ancient play, written and performed in 429 BC during the time of a plague that killed one-third of the Athenian population, is a timeless story of arrogant leadership, ignored prophecy, and a pestilence that ravages the city of Thebes. At the time the play was first performed, the audience would have been reeling in the wake of a pestilence and its economic, political, and social aftermath. Seen through this lens Oedipus the King appears to have been a powerful public health tool for helping Athenians communalize the trauma of the plague, through a story that is as relevant now as it was in its own time.

Isaac starred as Oedipus, who (spoilers for a centuries-old play) infamously murders his father and bangs his mother.

Here’s how Twitter reacted to Theater of War’s The Oedipus Project:

Currently watching the @TheaterofWar live Zoom performance of Sophocles’ Oedipus the King and #OscarIsaac is phenomenal as #Oedipus pic.twitter.com/hpMj2OBDRV

Okay, but no one is supposed to look this good over Zoom pic.twitter.com/KtNwvAWnIE

"and I oop" - Oedipus the king pic.twitter.com/2k5cofHsqt

oscar isaac threatening me as oedipus on a zoom call is making me pic.twitter.com/HMtFQOQVl6

that’s the face of a man who just realized he fucked his mom,,,oedipus you IDIOT pic.twitter.com/WH3ex8E1OA

me enjoying the zoom reading and then hearing oedipus say he fucked his mom pic.twitter.com/ZrGEImTZ6i

oedipus when he sees his mom next pic.twitter.com/U6nVXh1I8R

The Eyes of Oscar Isaac pic.twitter.com/upCjbxpTBu

ok basically i just made my first twitter account just to cry over oscar isaac during the oedipus project wassup pic.twitter.com/16aJz3ShZS

oedipus before and after talking to tiresias pic.twitter.com/w9lVsZ8stC

Oscar Isaac put on makeup for his zoom performance as Oedipus for the part when he loses his vision, the COMMITMENT pic.twitter.com/KCwDraBTKk

Dude is out here on Zoom rocking the shit as Oedipus with nothing else but his skills.

Holy shit @TheaterofWar's live read of OEDIPUS REX is absolutely riveting. Oscar Isaac is an incredible Oedipus. Frankie Faison making an amazing late appearance, and Frances McDormand's rendition of the word "Wretched!" is the best "Wretched!" that ever wretched. pic.twitter.com/5pgcuvHQrn

Thankful for the art we get to enjoy during this uncertain time. Thank you @TheaterofWar for this amazing live performance of Oedipus the King. pic.twitter.com/y0qC6Qht6s

oscar isaac was insane, everyone was. first time i’ve felt so immersed and inspired this entire lockdown. bravo! https://t.co/RAhbllwtgC

← New Rule: If You Advocate for Reopening the Economy, You Must Participate In It In Person | Queen Guitarist Brian May Hospitalized After Tearing Buttock Muscles While Gardening →