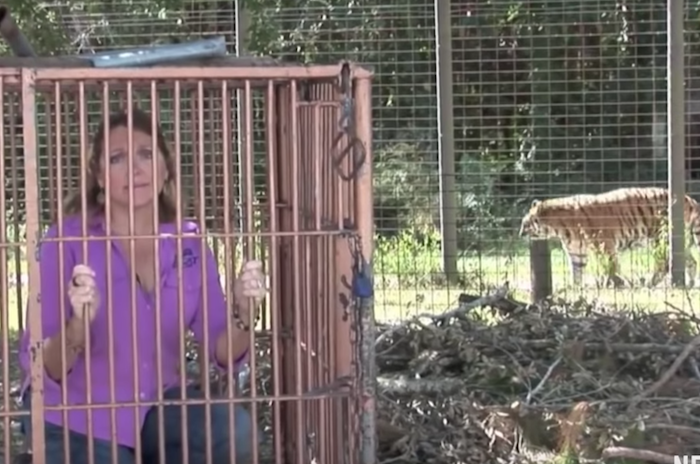 Are you sick of Tiger King yet!?!? Wait, don’t answer that because it might hurt my feelings…

I’m going to pretend that you’re not, and that you’re really excited about what I’m about to tell you—we’re getting more Tiger King, y’all, as Overlord Lainey shared this exciting news with me yesterday. Yes, Investigation Discovery is taking on Joe Exotic’s quest to ruin Carole Baskin’s life by picking up where Netflix’s Tiger King left off—using the ramblings of a racist, meth-addled, convicted jackass to reopen fresh wounds and take his bulls*it as worthy of everyone’s attention.

As has been well-documented on this very site, I enjoyed Tiger King. Yes, I know it’s trash—and my view of it has been tarnished after it turned out the directors left the rampant racism Joe Exotic engaged in on the cutting room floor, but look—none of us are leaving our houses right now. This stupid show captivated me and helped me kill 7 hours of my life, which isn’t nothing at this point, so I have to give credit where credit’s due, even though I wish the show had accurately portrayed Joe Exotic for the POS he is.

That’s the biggest bone I have to pick with this show—Carole Baskin is a f*cking victim of Joe Exotic, and yet somehow this show portrayed her as having it coming. Unfortunately, the ID show sounds like it will be worse in that regard, if you can believe it. Per Variety:

In a press release, ID claimed the show will focus on “the investigation you didn’t get to see, revealing the secrets only Joe knows, the exclusive footage that has never been shown and the search to answer the one question every person in America is asking themselves right now: although she’s denied it, is Carole Baskin responsible for the disappearance of her husband, Don Lewis?”

The ID series will be told from Joe Exotic’s perspective, as it asks questions such as whether Baskin orchestrated Lewis’ disappearance to take control of his estate. “No one seems to be talking — except for one man — and that man is the center of ID’s upcoming investigative series,” the network said.

Friends, never underestimate how much some people really f*cking just hate women. Also, gotta love how a dude can be convicted of trying to have a woman murdered but then a TV series gets to be told from his perspective. That’s not super f*cked up and perpetuating Joe Exotic’s continued abuse against Carole Baskin, is it? America!! Ain’t she grand?!

As an avid viewer of SVU for the past 20 years, it’s been instilled in me that when something happens to someone, you always look at the spouse/partner, because invariably they did it. However, this is real life and not SVU and I do not think someone’s life should be turned upside-down and put through the ringer because some racist as*hole says something, especially if said racist as*hole was convicted of trying to murder the person that the TV series is going after. Joe Exotic could be described as many things, credible is probably not one of them. Also, it’s f*cking gross that so many people are being complicit in Joe Exotic’s continued campaign of abuse against Carole Baskin.

I am all for more shows on the weird, f*cked up world of big cat people. I want the camera to be there when Doc Antle and Jeff Lowe go down. I care about Carole’s conservation efforts—I’d like to see more of it.

What I don’t give a solitary f*ck about is what Joe Exotic thinks about Carole Baskin. We know what this as*hole thinks. Move the f*ck on already.

← Hey, What Are You Watching Right Now? | Gwenyth Paltrow Thinks Her Haters Are Just Jealous Of Her Beauty And Wealth →