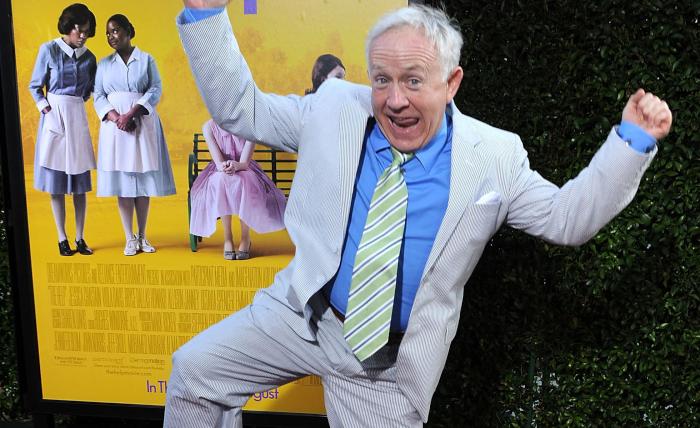 The World Lost a Great One in Leslie Jordan

If you’ve watched any television in the last 30 years, you’ve seen Leslie Jordan. Until Call Me Kat, I don’t think that Jordan was a series regular on anything other than the short-lived Hearts Afire in the early ’90s. But he was around. He was always around. He was well known for a recurring role in Will & Grace, and I remember him well from Boston Legal (he showed up at some point in most of David E. Kelley’s shows), and he was a regular in Ryan Murphy’s American Horror Story world and appeared in everything from Fall Guy to Drag Race.

He was what we in the South liked to call a character. He was not, however, a character actor, because Leslie Jordan was capable of playing only one character, and that was Leslie Jordan. Leslie Jordan was all he needed to be. You cannot hide that much personality behind a character. He also had a huge film and television CV, which meant he ran across half of Hollywood at some point in his life, which also meant he had a story to tell about all of them. Here he is, for instance, on the time he shared a jail cell with Robert Downey, Jr.

Jordan was a larger-than-life figure, which people say about a lot of celebrities, but in Jordan’s case, it’s true. His bursting personality, his positivity, and his joy were exactly what so many people needed during the pandemic, which is when Jordan transformed from that guy in that show to Leslie f**king Jordan, Instagram star.

He was an adorable man. He will be sorely missed. In fact, I haven’t been able to tell my twins yet — they love Call Me Kat in large part because of Jordan, and I think the news of his passing will genuinely devastate them. People like Leslie Jordan are just not meant to die; one day, they’re meant to burst into 1,000 tiny stars. Who else would get such fond remembrances from both Megan Mullally and Dolly Parton?

“Well, I am as hurt and shocked as if I have lost a family member,” Parton said in a statement. “Leslie and I had a special bond, I think the world felt they had a special bond with him. I know people always say ‘Oh, they will be missed,’ but in this case that could not be more true. He will be missed by everyone who knew him personally and by everyone who was entertained by him. Rest in peace lil’ brother.”