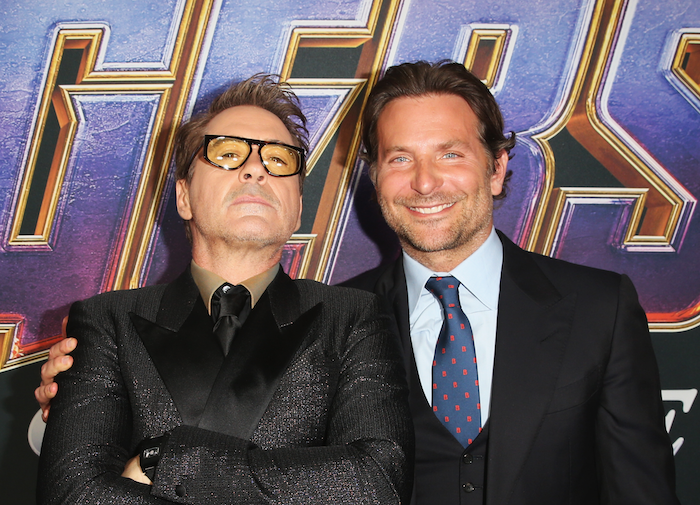 Friends, you may be wondering why I’ve been covering who Bradley Cooper may or may not be dating this summer, when I reference (and try to embody) Kelly Taylor’s “I Choose Me” speech from 90210 and that time she turned down both Brandon and Dylan, a lot…well, in my head at least.

In reality, there’s no real answer here, other than the fact that I love celebrity gossip, and no celebrity has done something really boneheaded this summer (I keep waiting for Tom Cruise to try to buy a nuclear reactor or something in his eternal quest to stay young) so it’s been relatively slim pickings on that front, save for the Coop’s personal life, Kelly Taylor-ethos be damned.

However all this speculation on his love life appears to be for naught, as Cooper seems to be choosing himself the same way Kelly Taylor, a fictional character, chose herself more than 20 years ago. I was ready to make peace with that and not get hung up when The Coopster was seen out and about (canoodling, if you will) with yet another random person that seemed more like a madlib of 2019, and not a natural progression of his public persona—because this all seems to be smoke with no fire, and at some point, the shock of seeing Cooper out with Helen Mirren go-karting ceases to be novel and more or less becomes mundane.

Yes, friends, I was ready to drop this whole thing, but then I saw this Tweet:

(Apologies for the sourcing — The Daily Mail sucks, but they did blur out his kid’s face in the images, so small miracles, friends.)

There’s no gentle way to put it, so I’ll just be blunt and speak directly to Coop for a second:

How can I ignore Bradley Cooper’s personal life, when he’s out there, walking around, with that mustache?! I mean, I can’t, obviously.

Now, friends, your first thought will be that he’s trying to disguise himself and fly in under the radar, that’s mine, too. Perhaps he’s gotten too close to the truth of things in his ever-diligent commitment towards method acting (remember, he was in the studio audience of Inside the Actor’s Studio that one time, looking really focused, so clearly he ascribes to the Method school of acting. Also, I just Googled it, and he graduated from The Actor’s Studio, so he’s definitely familiar with the Method and this isn’t just a set up for a bit/joke that’s not going to pay off for you, personally.) I mean, the Method approach to embodying a genetically modified racoon who is also good at science and stuff is probably exhausting, and will take you to some weird corners of this kooky planet—perhaps even underground, where the mole people live. You know, mole people, the subterranean race of mole-like humanoids that will one day come topside and have their literal day in the sun? Those creatures?

Perhaps Cooper got too close to the truth when he was pretending, nay, living his truth as that raccoon, and in order to get the heat off of him, he grew a moustache to confuse the mole people. (Their eyesight, unlike their teeth and claws, isn’t so sharp in the cold light of day.)

I mean, what’s more likely? Bradley Cooper willingly walking around in public with that moustache that is not attractive and possibly Lady Gaga repellant, most likely for a role in something because again, he’s a Method actor and if his character has a moustache, he must grow it himself; or mole people?!

Exactly. I rest my case.

← How Disney (and Others) Helped To Screw Around With American Copyright | Box Office Report: 'Angel Has Fallen' Outperforms Expectations; 'Hobbs and Shaw' Opens Huge in China →