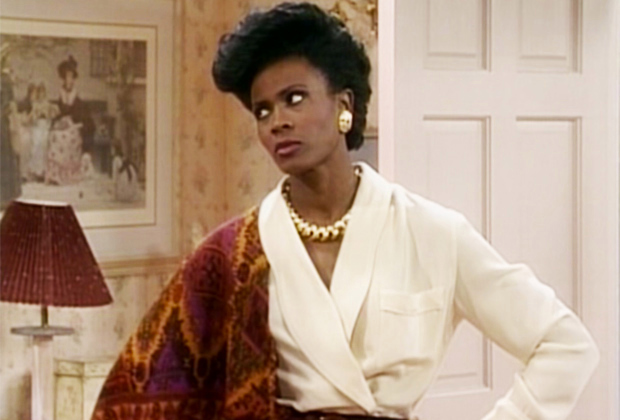 Most people who heard that a Pennsylvania Appellate Court overturned Bill Cosby’s conviction on a technicality yesterday probably had two thoughts: 1) what the f**k? and 2) that sounds about right. One step forward, two steps back, fall in a hole and break a hip.

One person who was ecstatic about Cosby’s conviction being overturned, however, was Phylicia Rashad, who played Cosby’s wife on The Cosby Show for eight seasons (and another four seasons on Cosby). Rashad, recently appointed the Dean of the Chadwick A. Boseman College of Fine Arts at Howard University, was … ecstatic.

FINALLY!!!! A terrible wrong is being righted- a miscarriage of justice is corrected! pic.twitter.com/NrGUdwr23c

I obviously do not need to tell you that this Tweet did not go over well. Neither, for that matter, did her follow-up tweet.

I fully support survivors of sexual assault coming forward. My post was in no way intended to be insensitive to their truth. Personally, I know from friends and family that such abuse has lifelong residual effects. My heartfelt wish is for healing.

One of those tweets is not like the other, and I suspect that the students at the Chadwick A. Boseman College of Fine Arts will recognize that (and so, too, might the cast members of This Is Us, where Rashad has been moonlighting of late). There were few, however, who were as befuddled as Janet Hubert, another iconic sitcom mom who played the original Aunt Viv on Fresh Prince of Bel Air, and who gets bonus points for using a GIF of herself.

I would have said he's old he's out and I'm happy for him, but he still …guilty. I know 5 women who have not come forward. Enough Ya'll we know better. Powerful men do wrong things, black or white…

Saying nothing is free, as the kids say, and it would have been a wiser choice for Rashad, who somehow still believes Cosby even after everything that has come out about him over the decades. Moreover, overturning the conviction does not make him innocent, nor does it render any of the testimony against him untrue. It merely means that he’s escaped further imprisonment by virtue of a (stupid) technicality.