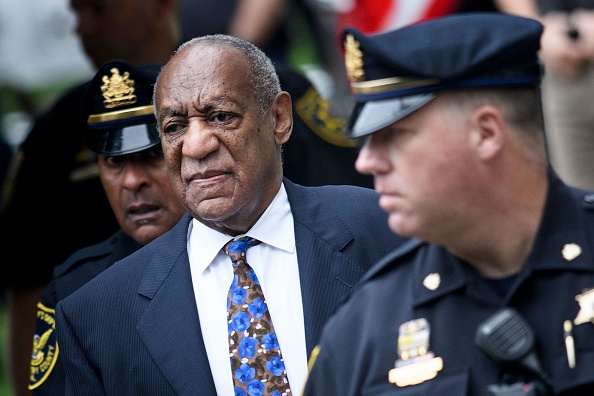 Here’s some unsettling breaking news that just happened to pop nearly simultaneously.
First up, a judge has overturned Bill Cosby’s conviction and ordered that he be released after having served only two years of his three-to-10-year sentence. Why? Apparently, because the judge allowed five of Bill Cosby’s accusers to testify against him over alleged sexual assaults he committed against him in the 1980s. The prosecutor argued it was to show a pattern of abuse, and the lower court agreed. The Pennsylvania Supreme Court, however, ruled that the testimony amounted to a character attack, which — as I recall from my law school days (and David E. Kelley legal dramas) — is typically considered impermissible unless the defendant testifies on his own behalf.

It’s unclear if prosecutors will attempt to retry Cosby. For the record, a New York judge also allowed multiple women to testify against Harvey Weinstein to establish a pattern. Hopefully, that New York decision will hold. Ugh.

Elsewhere, Allison Mack, the former Smallville actress who was heavily involved in the sex cult NXIVM, was sentenced to three years in prison today. Mack pleaded guilty to charges she manipulated women into becoming sex slaves for Keith Raniere. Mack cooperated with prosecutors to help them prosecute Raniere, the leader of the sex cult, who was convicted and sentenced to 120 years in prison last October. She also sought leniency after penning an apology ahead of her sentencing.

← Amber Ruffin Wants You To Know That Black Towns Are Under Water | The Podcast Bubble Has Not Burst Yet, as Amazon Shells out $80m for 'Smartless' →