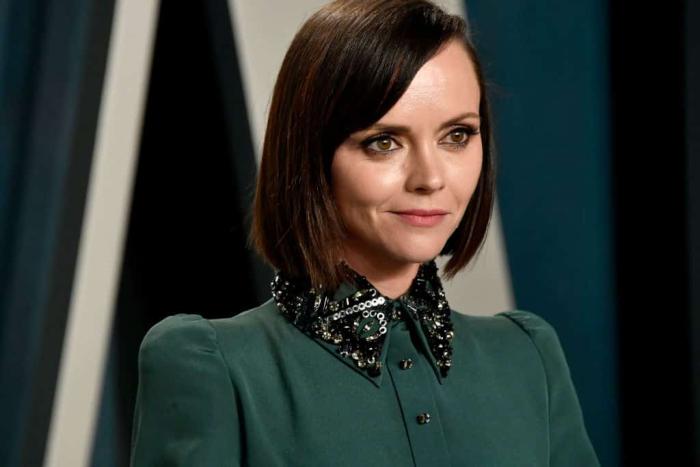 The Long-Awaited Return of Christina Ricci

There is so much to love about Yellowjackets, the Showtime drama that has quickly become one of the true watercooler shows of the past twelve months. It’s an intriguing mystery of survivalism, gender roles, and trauma, with a fascinating insight into the physical and emotional grotesqueries young women are forced into during adolescence. For lovers of sinfully underrated actresses, Yellowjackets has much to offer, from Melanie Lynskey as the dissatisfied stay-at-home mom Shauna to Juliette Lewis as Natalie, the former burnout dealing with addiction issues. And then there’s Christina Ricci as Misty, the nurse who started the series as the outcast of the group and slowly evolved into something far more dangerous. It’s a great performance, a standout in a show full of them, and it’s also just so damn good to see Christina Ricci back in action.

Like many notable actors having so-called comebacks in recent years, Ricci never really went away. She’s worked consistently in film and television for over three decades and you probably spotted her in something and had a ‘huh’ moment before Yellowjackets. She’s so instantly recognizable that it’s hard not to be taken by her whenever she appears. Oh hey, it’s Christina Ricci! What’s she been up to? Haven’t we missed her? Yes we have.

Ricci managed to make a major impact at an early age and did so in a role that continues to define her. It’s hard to imagine a piece of child actor casting so unnervingly perfect as Christina Ricci in the role of Wednesday Addams. Even when you remember that the original version of the character was far more chipper and youthful in personality, it just seems right that Ricci would play her and do so in the manner that she did. In Barry Sonnenfeld’s highly entertaining duology, based on the classic ’60s sitcom, Ricci’s Wednesday is the precocious sociopath with a deadpan demeanor and obvious disdain for her fellow humans. Where her brother Pugsley is just happy to go along for the ride, Wednesday is in control, the smartest person in the room at any given time and probably the most armed too. The way she drolly delivers the most scathing of one-liners is hugely entertaining. Few moments in ’90s comedies make me cackle with glee quite like Wednesday responding to a guileless girl’s fantasy description of where her new sibling came from. It’s truly one of the great child star performances, the perfect balance of precociousness and petulance, the kind of star-making turn that inspires dozens of copycats but is never fully imitated. That’s one hell of a way to launch your career when you’re not even old enough to drive. Imagine having that characterize your career for the next several decades.

Ricci never stopped working after her child star days ended. She veered between accessible family films and abrasive indie fare, revealing her true range through the latter. She was still a teenager when she turned in some of her most difficult performances, like the tightrope walk of innocence and acerbic bitterness she achieves in The Opposite of Sex. The booming indie scene of ’90s American cinema gave her room to breathe in-between audience-ready fare like Sleepy Hollow or Cursed. There’s immense range in this 15 or so years of work, whether it’s as Aileen Wuornos’s girlfriend in Monster or as the hopeful romantic with a pig nose in Penelope.

It’s interesting how an actress with such a specific look can be so malleable a presence across genres. She seems as at home in Tim Burton’s gothic doll realm as she does in the shaky-cam indie scene of Sundance-ready ’90s dramas. With that sharp bob, she’s perfect for the retina-burning world of anime come to life in the ever-underrated Speed Racer. She’s always recognizable yet feels like a natural fit for anything and everything, so it’s a surprise that she didn’t get that big step to the top that she clearly deserved. Think of her as the more indie Winona Ryder, another instantly familiar actress of the ’90s whose hot streak fell short thanks to various circumstances (and good old-fashioned sexism.) That’s one of the reasons it sucks to see that depressing lull in Ricci’s career in the 2010s when she was stuck in dreck like Bucky Larson: Born to Be a Star in the thankless girlfriend role. Ricci can do softness but we yearned for the spiky edges that she made so appealing.

Ricci has a wonderfully caustic edge in Yellowjackets that feels like a natural extension of her best work from The Addams Family onward. You’re lured in by her petite exterior, the big eyes that seem so welcoming, only for her to unleash that smirk and let you know that the fun is just getting started. As she noted in an interview with The New Yorker, there’s a kind of ‘passive aggression’ that women like her are used to weaponizing, utilizing that under-estimated cuteness to let out something far more extreme. There’s a harshness to Ricci that a lot of women were drawn to. I know I was when I first saw Wednesday Addams. She seemed liberating in a way none of the other girls my age in movies were. She’s familiar yet not ‘relatable’, at least not in the sense of the trite confines that Hollywood demands of that concept.

All the things that make Ricci unique aren’t the sort of feminine traits that mainstream pop culture is comfortable with. Difficult Women have made strides in the golden age of television but still lag behind their male counterparts and are more likely to be loathed than understood (hello, Skyler White.) Yellowjackets is thankfully unconcerned with such nonsense, which is one reason audiences can’t get enough of it. The ferociousness of Ricci, her deceptive genteelness with the flinty wit and untapped power, has never been diluted over the decades. Plenty tried and it’s a relief that they failed, and now, a new generation gets to understand why she matters so much. I can’t wait to see what she does next.

← Do 'SNL' Writers Write in Advance During Off Weeks? | 'Ozark' Is Still Doing What 'Ozark' Does, Now In Its Fourth Season →