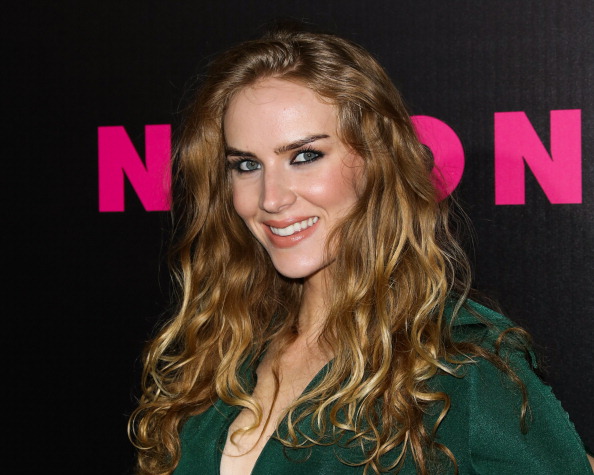 Earlier this week, NBC/Universal vice-chairman Ron Meyer resigned from his position after it was revealed that he had a brief affair with actress Charlotte Kirk several years ago. This news arrived a little more than a year after Warner Bros. CEO Kevin Tsujihara resigned his position after it was revealed that he not only had an affair with Charlotte Kirk, but that he helped her land auditions, which led to at least two roles. The resignations of both Meyer and Tsujihara involved various extortion schemes that also involved Bret Ratner and billionaire James Packer, the latter of whom Charlotte Kirk also had an affair.

Little, however, is known about the actress Charlotte Kirk outside of her relationships with powerful men. Variety attempted to interview her, but according to her manager, she was not interested, unless she received payment (Variety does not pay for interviews).

This story, however, has only gotten more bizarre. Ron Meyer claims that, after he paid a settlement to Charlotte Kirk to keep quiet about their affair, he was approached by other parties who attempted to extort him, which is why he decided to come clean, resign, and recruit the FBI to extricate him from the blackmail schemes. Meanwhile, Charlotte Kirk currently lives with and is dating Neil Marshall, the director of The Descent and shitty Hellboy (there are rumors that, a couple of years ago, Kirk somehow lured Marshall away from the set of shitty Hellboy for a few days).

Now, The Wrap is reporting that Neil Marshall is one of the two parties who attempted to extort Ron Meyer, along with another of Charlotte Kirk’s exes, Joshua Newton.

Neil Marshall, the director of 2019’s “Hellboy” who is currently dating Kirk, and Joshua Newton, a former boyfriend of Kirk’s whose credits include the 2009 Roy Scheider film “Iron Cross,” separately contacted Meyer in the past year demanding money and threatening to expose Meyer’s extramarital affair with Kirk from eight years ago, the individuals said.

For nearly a year, Meyer had been in individual negotiations with the directors, each of whom threatened to file lawsuits that exposed his affair and that named Comcast, the parent company of NBCUniversal, in an attempt to pressure Meyer into greenlighting one of their movie projects, the insiders said.

The other interesting twist is this: Neil Marshall’s The Reckoning opens Fantasia Fest tomorrow. It stars … Charlotte Kirk (who also co-wrote).

Wow! No shade, but I can’t wait to see who Charlotte Kirk leverages into casting her to play herself in the movie about Charlotte Kirk’s career-destroying affairs with multiple men.

← Five Songs: A Spotify Comment Diversion | Britney Spears Just Made a Move That Will Confuse the Hell Out of #FreeBritney →