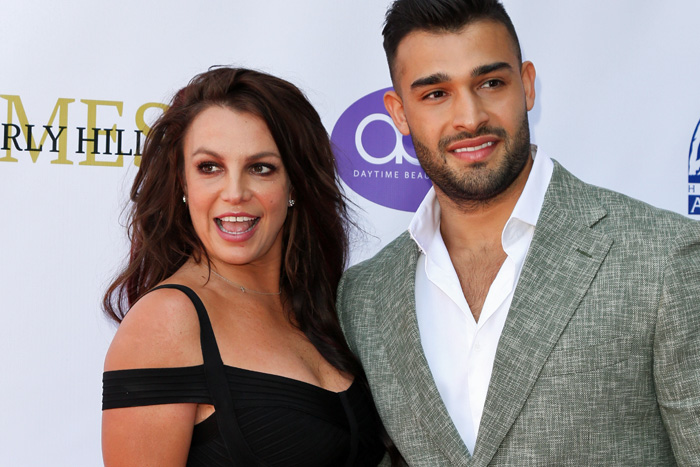 How Dolly Parton has consistently done the work, which is why people took notice when she stood up for Black Lives Matter. (Lainey Gossip)

In a surprising move, Britney Spears doesn’t want her dad to return as her conservator, but not because she wants out for once. Instead, she wants her temporary conseravator to become… permanent? (Dlisted)

Kim Kardashian went back to LA and left Kanye in Wyoming where he wants to live and presumably get his ratf*ck on without 100 paparazzi filming it. (Celebitchy)

Facebook is aggressively removing hundreds of QAnon groups and thousands of ads, which is good, but very, very, very late. Are they going to personally suck the brain poison out? Because that’s what needs to happen now. (NBC News)

Please, actually get the flu shot this year. (The Cut)

This story of how dude conned businesses and government officials into believing he’s a CIA spy is wild. Also, apparently the trick to landing a job is to just say you’re a spook and Uncle Sam will pay you back later. Works like a charm. (The Daily Beast)

At this point, “I can’t vote for Biden” is the left’s version of “I will not wear a mask.” It’s a personal choice that could disproportionately hurt the most marginalized people among us, but at least yer doing your thaaang!

From Roxana: “An extremely lovely piece from Sara Benincasa about California and music and being alive. ‘When a woman makes angry art, it is by its very nature a refusal to make nice or back down. It exists on its own as a beautiful blazing thing, but it can also be seen as a denial of anyone’s attempt to make her a supporting player in some asshole’s tragicomic star vehicle. In its disagreeability, it is revolutionary.’” (Medium)

If you’re like me and would love to watch HBO Max on your streaming device one day, here’s why that’s not happening anytime soon. (IndieWire)

Get ready, rich, white Republicans who give zero f*cks about nature and wouldn’t last an hour in the woods are pretending they’re the outdoorsy type again. (Outside Online)

Peter Biskind’s Easy Riders, Raging Bulls is supposed to be a celebration of the auteur filmmakers that changed Hollywood, but AnnaCollier took a different lesson from the book. "[F]or me the reading experience was affected by how essentially everyone involved with the making of these films (at least the powerful people like directors, producers, and star actors) seems like a terrible person-arrogant, selfish, petty, vindictive, and unwilling to share credit with anyone. And that’s before they all start abusing cocaine!" Who is your favorite filmmaker? (Cannonball Read 12)

This is Kokoro. She thought she was the roundest pup in all the land until she met this other dog today. Shocked and confused. Still 14/10 pic.twitter.com/r9eGRsWh8x

← The Charlotte Kirk Story Now Involves Director Neil Marshall | On Night 3 of the DNC, Obama Scorches Trump and Kamala Wins Over A Lot of 'Chithis' →