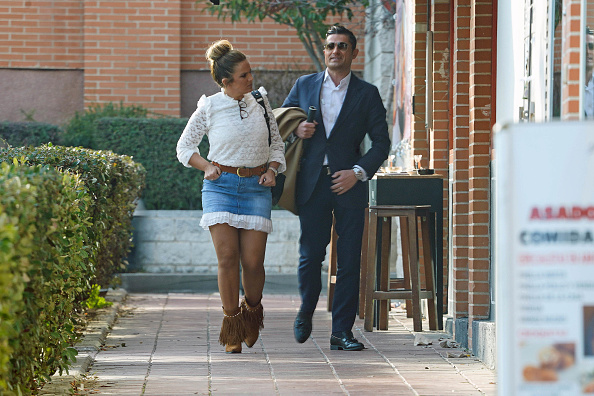 In the six weeks? Seven weeks? of the pandemic era, as people moved to their work-from-home arrangements, we’ve seen a number of unfortunate but sometimes amusing mishaps. There was the woman who took her laptop to the bathroom with her, as well as the reporter who recorded a segment while her naked husband was taking a shower in the background.

Now comes Alfonso Merlos, a well-known journalist in Spain. While participating in a video for the “Estado de Alarma” YouTube channel, a half-naked woman quickly walks by in the background of his shot, as evidenced here.

The thing is, that’s not the woman thought to be Merlos’ girlfriend, Marta López (pictured above with Merlos), who is a contestant of Spain’s Big Brother. That is, instead, a 27-year-old fellow journalist, Alexia Rivas. However, after fans pieced together that Merlos was not with his supposed girlfriend and accused him of cheating, the 41-year-old reporter apologized but insisted that he and López were no longer together.

That, however, came as news to López, who says that the broadcast took place during a four-day period in which they were apart and that his behavior was “shameful.”

“It’s a very unpleasant situation. I know exactly who he is.”

Meanwhile, the journalist, Rivas, claims that she has been dating Merlos for weeks, and that he insisted he was single when they began dating. In Spain, all of this is apparently being compared to Melrose Place.