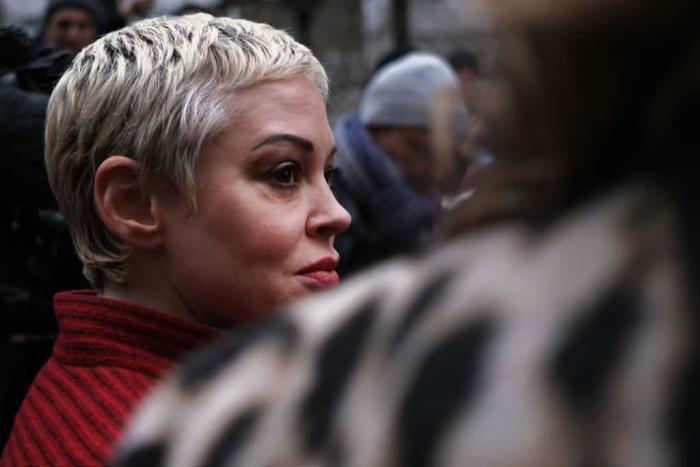 I just want an acknowledgement and an apology. I do not want to destroy. This was me at 15. pic.twitter.com/XeNpsrpY4s

In a 2018 conversation with journalist Ronan Farrow, McGowan hinted at the alleged misconduct of a ‘very famous’ man she met when she was 15 and described the incident:

‘But let me tell you: He worked for my rapist and won Oscars.’

He took me home, after he met me, and showed me a soft-porn movie he’d made for Showtime, under a different name, of course … And then he had sex with me. And then he left me next to Tropical in Silver Lake, standing on a street corner. […]

I’d been attracted to him, so I always filed it away as a sexual experience. Two weeks after your [Farrow’s New Yorker] story came out, I’d processed it, but I removed myself from it.’

Alexander Payne, perhaps best-known for his Oscar-winning films Sideways and The Descendants, worked on some early softcore erotica in the early days of his career. In 1991, he directed a segment of the Playboy anthology Inside Out. At that point in time, McGowan would have been 18. Any prior pseudonymous work directed by Payne is not listed on his IMDb page.

This is not the first time that Payne has faced accusations of misconduct. In 2016, writer Holly Hughes detailed her alleged experiences with Payne and producer George Serra during the production of the film Election for the website xoJane. Hughes accused Serra of having ‘hoisted [me] up on top of a plastic picnic table in the middle of the front office’ and ‘dry-humping’ her while the crew watched on and laughed. She also wrote about an incident where Payne allegedly called her ‘every nasty derogatory term and anything else his quick wit thought of. He drowned me under his tidal wave of rage.’ This article is no longer available to read because all xoJane articles are now unavailable for access. On her blog, she later wrote about how her story was erased from the narrative of Payne’s life, particularly around the time that he had a new movie coming out. She even named McGowan in 2017, thanking her for ‘her fierce voice’ in the aftermath of the Harvey Weinstein allegations.

Payne has yet to respond to these allegations.