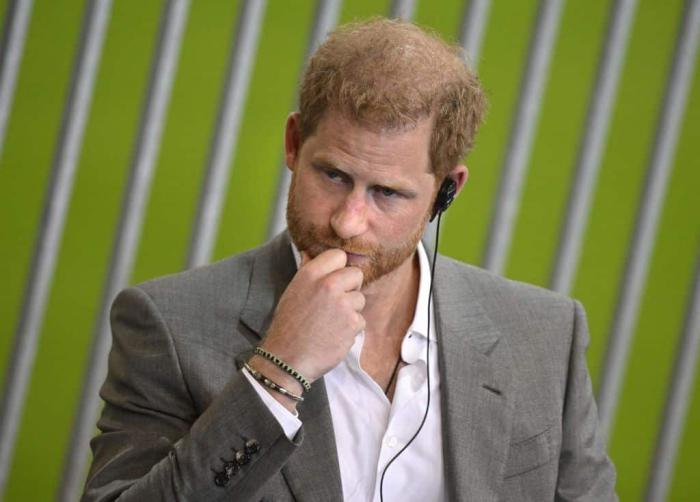 Prince Harry’s memoir, Spare, will be released next week. The hype is, understandably, through the roof, with readers curious to see how much the Duke of Sussex will reveal about his familial strife. The book has been under lock and key with its publisher, with no pre-release excerpts to newspapers or the like to increase anticipation (really, it’s not needed.) But The Guardian managed to obtain a copy and oh wow, I don’t think any of us expected this.

Harry recounts an incident in 2019 where he claims that his brother William, now the Prince of Wales, physically attacked him. Describing a confrontation at his London home, Harry says that William called his wife, Meghan, ‘difficult’ and ‘rude,’ which Harry described as him ‘parrot[ing] the press narrative’ about the Duchess. Eventually, William ‘grabbed me by the collar, ripping my necklace, and … knocked me to the floor.’

Harry adds that William ‘He grabbed me by the collar, ripping my necklace, and he knocked me to the floor. I landed on the dog’s bowl, which cracked under my back, the pieces cutting into me. I lay there for a moment, dazed, then got to my feet and told him to get out.’ He says William also urged him to hit him in retaliation, which he refused. William also allegedly said that Harry didn’t ‘need to tell Meg about this.’ Meghan noticed the ‘scrapes and bruises’ on his back later on.

Look, we weren’t entirely sure how candid Harry would get with this book since the Sussex Netflix series was relatively light on details. In fairness, neither Harry nor Meghan needed to reveal much for the British press to go bananas in retaliation. But this is serious stuff, a full-on act of assault from the man who is next in line for the British throne. On my side of the pond, the media has gone into full force trying to position the Prince and Princess of Wales as perfect heirs, the most relatable and graceful icons of our time. It’s all super gross and I question how well it’s working since it’s not as though William or Catherine are known for their charisma or immense work ethic. The ‘sources’ speaking to the usual newspaper suspects have talked up the idea that the Wales couple are being so magnanimous in not responding to any of Harry’s claims, but how do you continue that when you’ve been accused of assault? I turned on the TV this morning and already one of the morning talk shows was trying to move the goalposts to claim that somehow Harry was in the wrong for spilling family secrets. Seriously. Not letting people know your granny’s pie recipe is a family secret. Your brother knocking you to the ground and causing you to be injured is not the same thing.

You know me. I think the monarchy should be abolished so I’m all in favor of anything that weakens the Windsors’ stranglehold over this cursed island I call home. But this is way bigger than my feelings. We know how the royal family uses the press to clean up its image. Look at how Charles went from a sniveling cheater who neglected his wife and had tampon fantasies to the ‘great future of the monarchy.’ Look at how Prince Andrew, an accused rapist and unapologetic BFF of Jeffrey Epstein, is trying to worm his way back into the spotlight. Look at how the press have been attacking the cost of Meghan’s wardrobe while downplaying that of Catherine, despite the former being paid for by Meghan herself and the latter the taxpayers’ problem. We know how this cycle unfolds, and Harry has spent years trying to call it out. He’s given the press just enough rope to hang themselves with, which we saw when Jeremy Clarkson, after having a cozy lunch with the Queen Consort Camilla, wrote an appallingly misogynistic attack on Meghan for The Sun. How will the usual lot spin an assault to somehow be Meghan’s fault?