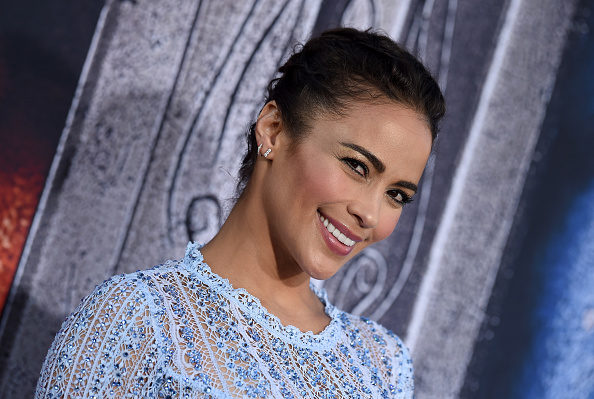 I am from the South, but I live in New England, which is barren of decent fried chicken. I make it myself. Frequently. Probably once every two weeks, and it’s one of maybe three meals all five members of my family will actually eat (I usually aim for making at least three family members happy each night. I consider getting yelled at by only one child a victory.)

I make good fried chicken. Paula Patton? She does not. There are so many things wrong with this video. First, she seems to believe that it’s “very important” that you wash the chicken first. Um, no. That is not a thing, Paula. Then she shakes the chicken in unseasoned flour. It’s been edited out in this video, but the “grease” is avocado oil. I’ve never tried frying chicken in avocado oil, and for all I know, it’s good, but it doesn’t sound right, and if you tried doing that in the South, you’d be escorted across state lines (I use vegetable oil, although my mother and grandmother used Crisco). Then she seasons the chicken while it is frying. What? What is wrong with her? I do not believe for a second that this is how her mother fried chicken. If that isn’t bad enough, as you’ll see in this video, Paula Patton’s chicken ain’t done. It is pink. And she eats it. She eats pink chicken. What good does it do to clean the chicken, Paula, if you aren’t going to cook it all the way through? I hope to God she doesn’t feed it to her children.

Also, stop saying “organic,” Paula. It is fried chicken. “Organic” does not make it healthier or better for you.

Some advice, Paula: First, marinate that chicken in buttermilk for a few hours. Also, not only should the seasoning be added to the flour, but add a teaspoon of baking powder to the seasoning mix to help with the crispness, and dredge the chicken in egg first, so that the flour sticks better.