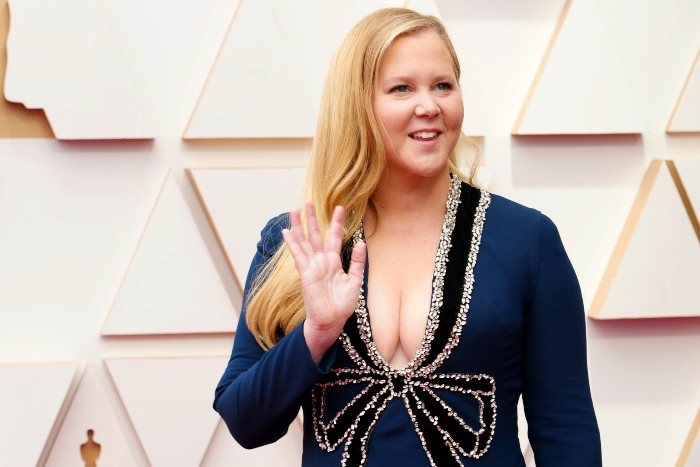 Amy Schumer Had a Killer Alec Baldwin Joke She Couldn’t Tell at the Oscars, You Guys

During Amy Schumer’s first stand-up performance since the Oscars, she revealed an Alec Baldwin joke that she was advised not to tell. I know this is an unpopular opinion because literally everyone I know has said the opposite, and Christ, I hate any type of contrarianism, but I actually think it’s … not a bad joke? I should probably note that I’m dead inside. Very, very dead. Anyway, lost in the hubbub over that is the poignant punchline that Schumer made after revealing the Baldwin joke and a few others: “I wasn’t allowed to say any of that but you can just come up and [clock] someone.” Where’s the lie? (THR)

Stop trying to reboot The Crow. For the love of God. (Lainey Gossip)

Cardi B deleted her Twitter and Instagram after fans got sh*tty with her about missing the Grammys. (Dlisted)

“So you got that poster ready for The Northman?”
“Yeah, chief! We already printed it and put it in subways all over New York!”
“You made sure the title was on it, right?”
“Uhhhhhhhh….” pic.twitter.com/stFRzeR2Sw

For Slashfilm, Kayleigh wrote about the scarred/disfigured villain trope and why it’s time to retire it. (/Film)

From Tori: Harrison Ford will be in an Apple + show co-written by Brett Goldstein (ROY KENT), and I can only assume it’s gonna be the Avengers for grumps. (Empire)

From Roxana: No commentary; I just really love this song and this set design.

Jason Momoa is set to star in, write, and executive produce the drama series Chief of War for Apple. Let’s hope it will be better than See, amirite? Everyone is blind, yet somehow looks impossibly cool and has a perfectly symmetrical house. This has been another exciting addition of “You Know What Really Chaps My Ass…” (Variety)

Michael Bay actually had a decent reaction to the Will Smith Oscars fiasco? What is happening? Who touched the Reality Stone?! (Variety)

While wicherwill felt like she fell more in the middle of the love it or hate it reactions to Lauren Groff’s Fates and Furies, she liked the character Mathilde a lot. "I find myself utterly unperturbed by some logical inconsistencies in her story…but enthralled by her overall life trajectory." Who was a great character in an okay book? (Cannonball Read 14)

A new clip of an 11-year-old Prince was recently uncovered, speaking at a Teachers Strike in Minneapolis in 1970

“I think they should get some more money, because they be working extra hours for us.”https://t.co/6xL6HkW55Z