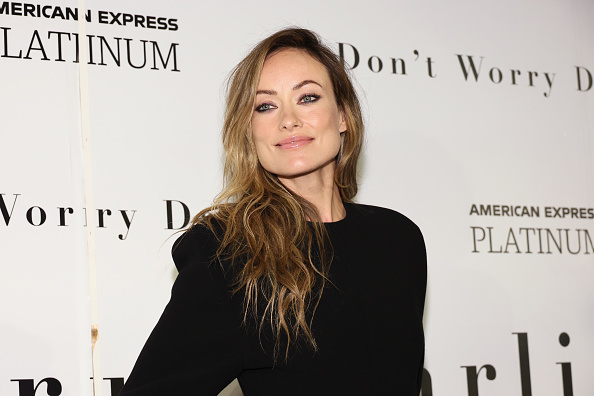 The thing is, on Monday, Olivia Wilde and Jason Sudeikis made a joint statement suggesting that the statements that their former nanny made to The Daily Mail (backed by text messages) were “false and scurrilous.” Who says “scurrilous” in 2022? Did they workshop that? Were they like, “This looks bad for both of us? We should release a statement calling all of this ‘scurrilous’ because who would use a word like ‘scurrilous’ unless they were being honest? They have to believe us now!”

The accusations made by the nanny basically boiled down to this: Olivia Wilde surprise dumped Jason Sudeikis for Harry Styles. Then she made her special salad dressing for her new boyfriend, and when she tried to take it to him, Sudeikis laid down in front of her car to make her late. He got upset. He started drinking and crying a lot. She moved out. Sudeikis confided too much to the nanny and then he fired the nanny without any apparent severance (but only after putting her up in a $ 700-a-night hotel room for a month).

While the two maintain that all of this is was “false and scurrilous,” Olivia Wilde does at least seem to confirm that she makes a special salad dressing by posting the recipe for the salad dressing to Instagram — it’s shared in a story from Nora Ephron. 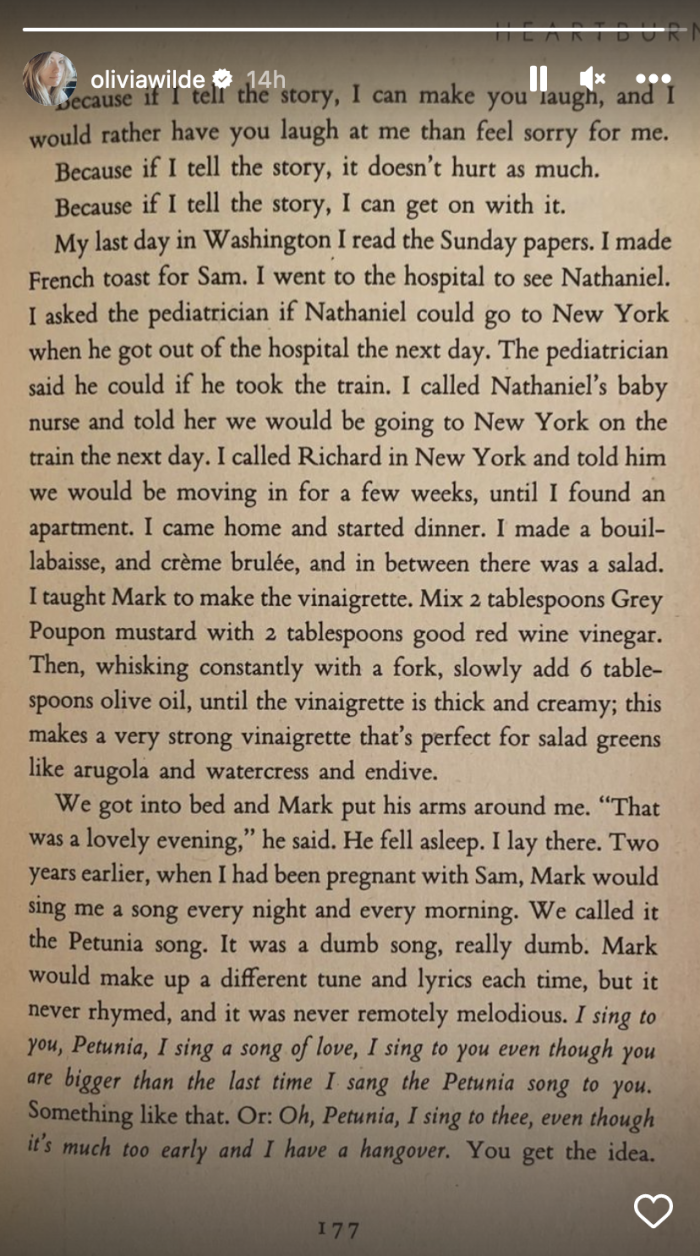 It’s a pretty basic vinaigrette, to be honest. Two tablespoons of Grey Poupon, plus two tablespoons of red wine vinegar. Whisk while combining 6 tbs of olive oil. It’s hardly worth throwing yourself in front of a car.

Couples do insane things during a breakup. And a nanny is a very delicate job in the best of times: This is someone who spends all day with your children for a few years, someone who is in your house and in your business all the time, and someone with whom you often become very close out of necessity because it is someone you trust with your kids. But it is also someone who is paid, and someone who is typically only a part of your life for a couple of years before moving on. It is very difficult to keep one’s personal and professional lives separated when it comes to a nanny, and when that professional relationship is severed, it can be personally painful. I have a lot of sympathy for child-care workers. Make of that what you’d like.