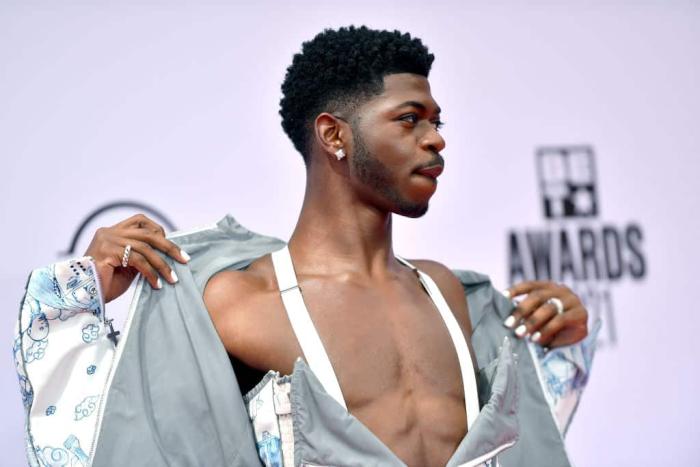 No, Madonna, You Don't Get to Take Credit for Lil Nas X's Same Sex Kiss Performance

Lil Nas X appeared at the BET Awards last week with a glorious performance of ‘Montero (Call Me By Your Name)’ that featured same-sex kissing. It was great, and another reminder of how damn good Lil Nas is at his job. He’s charming, media-savvy, and doesn’t give a crap about pissing off all the right people. The release of ‘Montero’ has been plagued by the usual talking-heads pretending to be outraged at an openly gay man making music about how romantic and sexual experiences, all of which Lil Nas has responded to with glee and trolling delight. Seriously, why are all you supposed adults trying to f**k with a guy who grew up online and used to run a former Nicki Minaj stan account? Do you not want to live?

Lil Nas X follows in a long and proud tradition of musical provocateurs, talented individuals who are as good at playing the media like a fiddle as they are at crafting absolute bops. It’s no wonder that many have seen Lil Nas as a sort of descendent of Madonna, the true shock artist of modern American pop. ‘Madonna did it’ is to music as ‘The Simpsons did it’ is to TV. In many ways, it’s a damning indictment of society and the industry that Lil Nas is still being ragged on for all the same stuff that Madonna, ’80s rock music, Prince, punk, Grace Jones, and rap groups like 2 Live Crew were derided. You’d think that Madonna would see what Lil Nas X is doing and be proud or want to publicly congratulate him.

But nah. She did this instead.

Jeez, even by Madonna’s standards, this is staggeringly self-aggrandizing. I mean, this is what she does. B*tch, she’s Madonna. Still, I have to admit that I was disappointed by this moment of smarm. It seems, at best, tone-deaf to compare a moment of (admittedly effective) provocation built on queer-baiting to a gay Black man expressing his sexuality through his work. It seems ignorant to the obvious imbalances at play here. Madonna has played around with ideas of sexuality and gender fluidity for decades, from ‘Express Yourself’ to the Erotica album to THAT MTV performance. There is a reason she is a gay icon and she definitely put in the work over the years. She’s always been coy about her own sexuality, although she has exclusively had public relationships with men. Her private life is her business and I’m not interested in dragging her over that. But come on, her MTV kisses with Britney and Christina really aren’t comparable to Lil Nas X’s performance.

The chances are that Lil Nas will laugh this off or make a fun Spongebob meme out of it. The pair performed together on her most recent tour and she offered some words of encouragement to Lil Nas (and gave him her fan.) For fans of both artists, this has all been a thorough reminder of the various intersections at play in the entertainment industry, which boundaries have been pushed, and which barriers still need to be smashed down.


← Jason Sudeikis and Keeley Hazell Are Officially a Thing | The Sklar Brothers, and an Eye-Popping Golden Buzzer on 'America's Got Talent' →