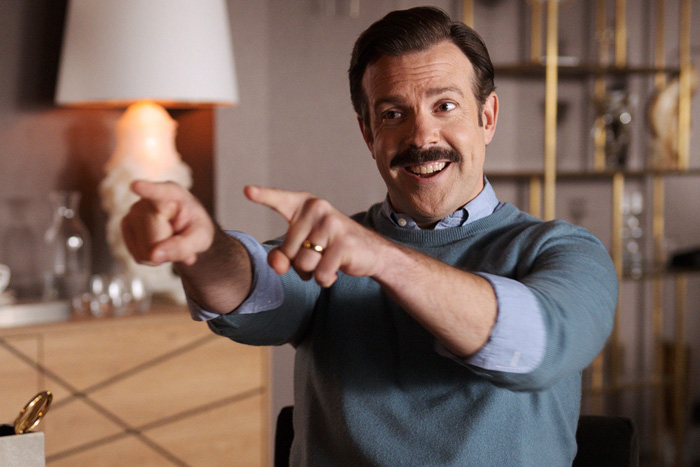 Jason Sudeikis and Keeley Hazell Are Officially a Thing

Jason Sudeikis and Keeley Hazell’s relationship has officially moved past tabloid rumor to being photographed together in public. (Lainey Gossip)

Cara Delevingne reveals she had to move after those photos of her “sex bench,” and honestly, who hasn’t been in a similar situation? Amirite? (Dlisted)

Kristen Bell says if you live with someone “you will find that person annoying,” so clearly, things are going great with Mr. and Mrs. Overshare. No red flags here! (Celebitchy)

The U.S. Olympic trials are not an international event, dumbass. https://t.co/orgNBqbe7w

Petr wrote about Alba, a gorgeous, warm, funny game that has you playing as one of the most implacable forces known to science: a little girl with a vision for how the world should be. (The Gist)

Following progressive shitposters getting their ass cheeks hurt over the viral video of Whoopi Goldberg snatching up Hasan Minhaj, Michael Harriot dropped an educational thread on how Whoopi knew exactly what she was talking about when she said Joe Biden helped in the fight against apartheid. (Twitter)

Roxana watched all nine Fast & Furious movies in 72 hours, took 3,000+ screengrabs, and put together this definitive list of the best looks in the franchise’s most recurring fashion ideology: SLEEVELESSNESS. (GQ)

he did the thing! pic.twitter.com/9wfupXEJao

TLC cancels Counting On so the Duggars can privately deal with Josh. Again. (Variety)

Fox News has agreed to pay a $1 million fine for “human rights violations” stemming from Roger Ailes’ time at the network. — Wait, that’s it? That’s a drop in the bucket to those shit-merchants. (Daily Beast)

Kokum, the grandmother in Jonny Appleseed by Joshua Whitehead, resonated strongly with wicherwill. "Kokum’s entire life is a teaching, her very way of moving through the world an homage and living testament to an entire people whose identity the Canadian government tried to systematically and brutally stamp out." Who do you consider essential to understanding who you are? (Cannonball Read 13)

From Andrew: Him such a good little(big) boy!!!

Bulldog has one interest in life: skateboarding — and he throws the biggest tantrum whenever it’s time to go home 😂 pic.twitter.com/HZjdFgBopz

← 'Blood Red Sky' Puts Vampires on a Plane. What Could Possibly Go Wrong? | No, Madonna, You Don't Get to Take Credit for Lil Nas X's Same Sex Kiss Performance →