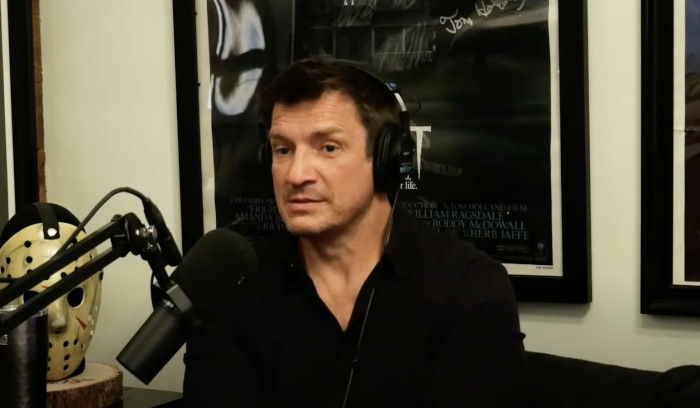 Nathan Fillion 'Would Work with Joss Whedon Again in a Second'

On a recent episode of Inside of You with Michael Rosenbaum, the host got into a conversation about the workplace with guest Nathan Fillion, who has a lot of experience in the workplace with eight seasons of Castle and four seasons of The Rookie alone. Fillion, ever the Canadian, said that in his experience, he hasn’t had to deal with a lot of toxicity, although he acknowledged that “there’s not much people will do in front of me. That’s what I’ve learned. My experience at work is different from other people’s experiences at work. I have learned this much.”

“That can be an issue,” he added. “People tend to be well-behaved around me. I tend to come to work and be prepared, and I’m relaxed.” What he can’t deal with, however, is a guest star on one of his shows who “isn’t very gracious or kind [but] it’s rare. It’s so rare.”

To the exact point — of having different experiences in the workplace as others — Fillion was also asked if he’d return for another round of Firefly or a sequel to Serenity without Joss Whedon. Two years ago, Whedon exited HBO’s The Nevers after a number of former co-workers (mostly on Buffy the Vampire Slayer and Justice League) alleged that Whedon had engaged in sexually inappropriate behavior, had discriminated against pregnant employees, and had created toxic workplaces.

“That would be heartbreak. Those are his … how can you?” Fillion said, adding that the article that essentially compiled the allegations against Whedon “never mentioned Firefly. I had an entirely … that was not my experience with that man.”

As to whether that would actually happen? “We talk. We joke. We fantasize. But if I say anything too solid, it’ll go crazy, and I hate being responsible for that crap.”

“That is an entire cast and crew of people who had a fantastic job on that job. It was short-lived, so it didn’t have the opportunity to suck.”

Fillion, for what it’s worth, also said that he expressed surprise “at how we were treated. At how it ended. I kept saying, ‘Don’t worry. We’re telling great stories. It’s a good show. We’re doing everything right,’ and then we were canceled. It was terrible.”