Whatever else has happened over the last 25 years with Matt Damon and Ben Affleck (and Harvey Weinstein, for that matter), the one thing that has remained pure is their movie Good Will Hunting and specifically the Oscar-winning performance of Robin Williams. Williams has been gone now for seven years this month, but we’ll still occasionally hear a new story about him from a loving fan or co-worker.

Recently, Minnie Driver appeared on Justin Long’s Life is Short podcast, and spoke admiringly of her time with Robin Williams on the set of Good Will Hunting. Specifically, she relayed a story about hanging out on the day they shot in Boston Public Garden to watch Matt Damon, Ben Affleck, and Robin Williams work through a particularly intense scene. In the midst of that, something magical happened:

“Everyone was sitting around just chilling in the park. And Robin was telling some jokes to the crew. Obviously, they were laughing a lot. People from office buildings were eating their sandwiches, and they started wandering over. Suddenly, there were like 25 or 30 people. And then you could see people coming along, running down into the park, telling other people, ‘Come, come down in the park.’ And suddenly, he had this crowd, and they put him on an apple box. He just did his thing for like 45 minutes. He did a set in the middle of the park in the middle of this hardcore scene.”

“He didn’t stop,” Minnie Driver continued. “He was always on. He was always working through, whether it was material or emotions or thoughts, and he was just lovely.”

Years later, after he passed away, the people of Boston recalled the setting of that scene and wrote in chalk on sidewalks all over Boston Public Garden quotes from his movies and thank-you notes. 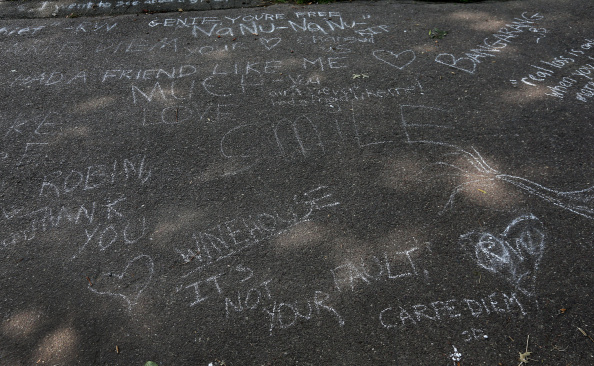 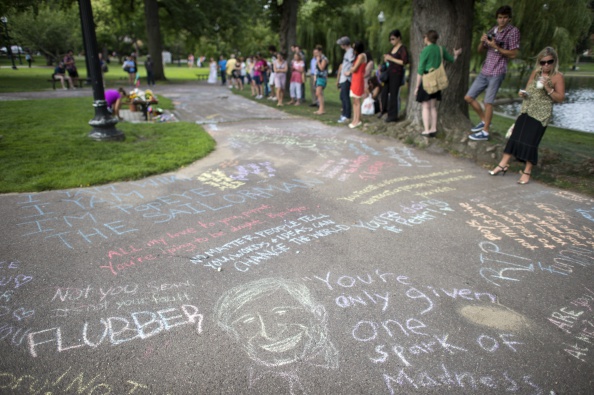 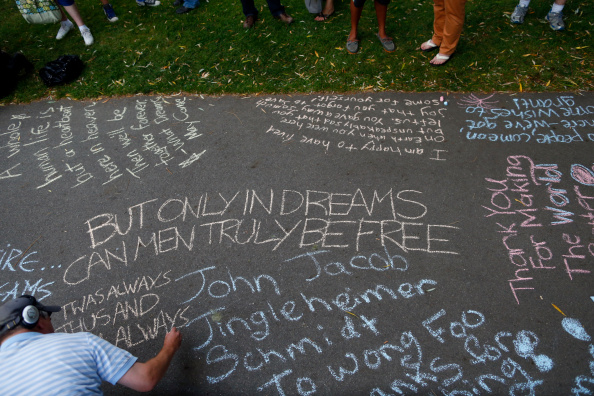 This is your occasional reminder that there’s still good in the world, although this particular goodness was taken from us far too soon.