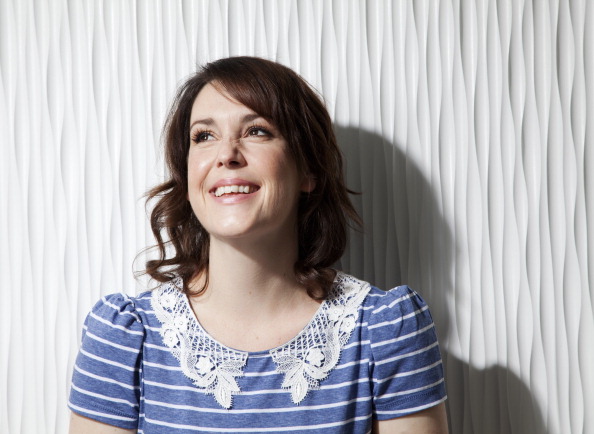 Melanie Lynskey, Indie Culture, and the End of the Pajiba 10?

This year will be the 16th Annual Pajiba 10, although I’m wondering whether the tradition is wearing out its welcome (and maybe that will be this year’s bonus question: Should there be a 17th Annual Pajiba 10?). It’s been a good run, and I think we’ve done good work in honoring some of the celebrities less recognized by mainstream publications. Or, at least that’s how it used to be before Paul Rudd became a Marvel superhero, before Timothy Olyphant made a Star War TV series, before Rahul Kohli essentially landed a streaming horror franchise as a Mike Flanagan muse, and before the globalization of Doctor Who made David Tennant a star in America, too.

Ultimately, that’s my biggest issue with the Pajiba Ten these days: Nerd and indie culture and mainstream culture merged, and a list in 2006 that used to at least endeavor to honor intelligence, a sense of humor, and acting ability over traditional looks has lost its novelty because the rest of the world has caught up. I mean, look: Here’s how much nerd and indie culture and mainstream culture have merged: Keanu Reeves (a more mainstream star) never made the Pajiba 10 until 2019. After three years in the top 2, he’s now in the Hall of Fame. He was always hot AF, but more recently, everyone has taken more notice of him as a human, in part I think because good humans have been harder to find.

For years and years now, there have been three mainstays on my Pajiba 10 lists. One is This American Life host Ira Glass. I have sort of given up on him ever entering into the top 10 because he’s a radio personality and in his 60s these days (not that that prevented Dolly Parton from the #2 spot last year). Last year, however, I could really sense that sea change when one of my other mainstays, Kathryn Hahn, was finally elevated into the Pajiba 10. I’ve had a crush on her since 2011’s short-lived (and terrible) sitcom, Free Agents, but fell in love with her because of Transparent, I Love Dick, Bad Words and, especially, Mrs. Fletcher. She entered the Pajiba 10, however, because she starred in a Marvel series. The indie darling is now mainstream, which is like what would happen if Parker Posey was cast in one of the most popular cable series of the last decade … oh wait.

The other longtimer on my Pajiba 10 list is today’s For Your Consideration: Melanie Lynskey. I think she’s probably going to make it this year, too, and she has represented to me for the last seven years what this list is about: Honoring some of the wonderful off-the-beaten-path stars. Lynskey has been around forever — 18 years, anyway — since debuting in Heavenly Creatures opposite Kate Winslet. She was amazing in that, but it’s not the reason for the Pajiba 10 crush. It’s a combination of over 15 years of indie work (But I’m a Cheerleader, Happy Christmas), of small roles in great movies (Away We Go, Up in the Air, Win Win, Seeking a Friend for the End of the World) and especially a little-seen HBO series that I absolutely fell in love with, Togetherness, the Fleishman Is in Trouble of 2015: An honest, heartwarming and heartbreaking examination of a marriage. I adored it, and I adored Lynskey in it, and then I heard her on Marc Maron’s podcast and thought, “Holy shit. She’s every bit as wonderful a human being as she is an actress” in other stand-out roles like I Don’t Feel at Home in This World Anymore and Castle Rock.

Now Lynskey has herself a huge hit, and she’s fortunate because it’s not a Marvel movie or a Star Wars TV series or a property with a toxic fanbase. It’s a hit that kind of came out of nowhere, which is the best kind of hit. Lynskey is one of the stars of Yellow Jackets, and while it’s not exactly a break-out role for the actress, it is her much-deserved entry into the mainstream, into a place where everyone knows her name. It is undoubtedly great, but when she breaks into the Pajiba 10 — and she should — it’ll be more proof that Pajiba 10 sensibilities have been co-opted by the mainstream, and I have mixed feelings about that. I do not, however, have mixed feelings about Melanie Lynskey.

I also heard Clea Duvall on Maron the other day talk about how she, Lynskey, and Natasha Lyonne have been best friends for years, which made me somehow love her even more (here pictured with Lynskey’s amazing and kind husband, Jason Ritter).

Voting for the 16th Annual Pajiba 10 will kick off on Friday and continue until mid-next week.